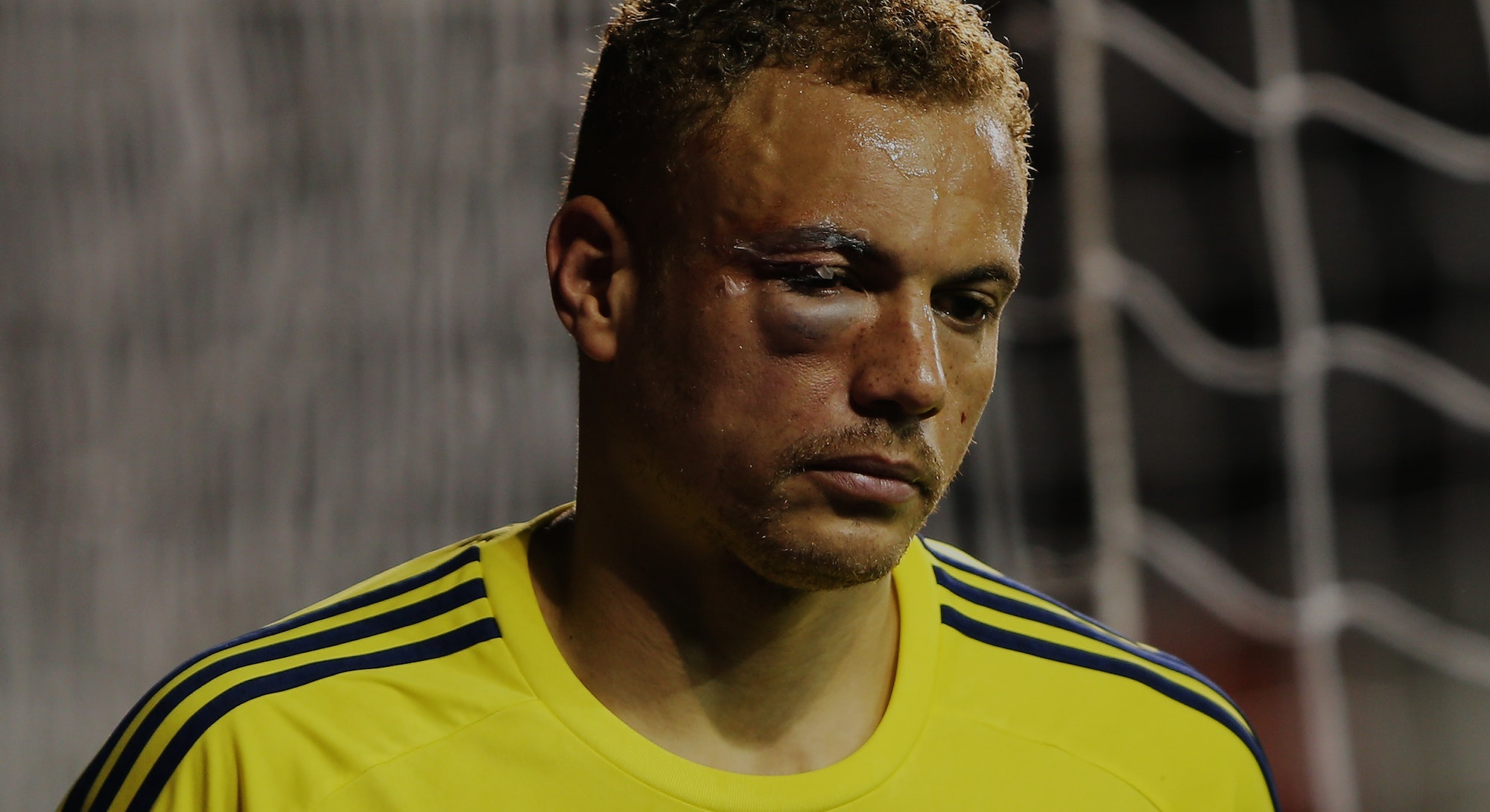 “You’ll shoot your eye out!” Those infamous words from A Christmas Story haunt little Ralphie when the warnings his elders gave him come true after he receives a BB gun. Ralphie’s wound was preventable… and it turns out most of the eye injuries that happen in real life are, too.

Researchers from Johns Hopkins University found that largely avoidable “falls and brawls” were the leading causes of ocular injuries over a 10-year time span. They looked at 47,000 patients between 2002 and 2011 who were hospitalized with eye injuries to analyze whether patient demographics and the type of eye trauma correlated with the total cost of their treatment.

The team will present their findings on the economic trends in eye-related hospitalizations at the 119th annual meeting of the American Academy of Ophthalmology on November 13, 2015.

Inverse talked to Dr. Christina Prescott, the lead investigator on the study, about what the team’s findings mean for us.

Over 8,400 people in the study were hospitalized because of a fall, making it the most common cause of ocular injury in the study. Most of the individuals treated for falls were over 60-years-old.

The second-most common cause of injury between individuals ages 10-59 were unarmed fights. The highest number of eye-wounding brawls was in the 20-29 age range, followed up by the 30-49 age range.

Most of the other causes for ocular injuries were due to car accidents and being accidentally struck by a person or object.

Prescott also told us some of the more unusual eye injury causes she found during her research, like the bite of a nonvenomous arthropod (a.k.a. probably a spider bite), accidents caused by hot liquids and vapors (including steam), and hazards caused by caustic and corrosive substances.

How Much Does Treatment Cost?

Most ophthalmic surgery patients don’t need to stay in the hospital, but those with severe trauma often need to stay for an average of two or three days, according to Prescott.

The jump in medical costs for serious ocular injuries between 2002 and 2011 was extraordinary — a whopping 62 percent, even when adjusted for inflation. If you get an eye injury today, it could end up costing you more than $20,000 when the same treatment would have cost $12,430 in 2002.

The cost of a hospital stay for older patients ended up being the highest among the groups studied, but whether the cost correlates with the length of stay or additional care is something Prescott says the team is still looking into. They’re also examining whether or not there’s a difference in the cost to treat injuries that are caused by falling versus fighting.

Even though the study shows that medical bills for ocular injuries are higher now than they have been in the past, Prescott hopes that it doesn’t deter people from a much-needed hospital visit.

“Unfortunately, some people do defer seeking treatment for injuries, even when they are severe, due to cost issues,” Prescott says. “I hope that our study will not prevent people from seeking care, but instead encourage people to try and prevent injuries in the first place.”

How Can You Prevent an Eye Injury?

So how can people avoid a trip to the emergency room? (Besides not getting into fist fights, of course.)

Prescott says that older kids and adults should definitely be using safety glasses more often, which she says are “vastly underutilized” — especially when they’re working on their houses, cars, or yards when unexpected accidents can happen at any time. “During sports and games (especially games involving play guns), safety glasses should always be worn,” Prescott adds.

“Most of these injuries were preventable to some extent, which is one of the main reasons that I performed this study,” explains Prescott. “I wanted to look at the most common causes of severe ocular injuries, with the hope of helping to focus injury prevention strategies.”

Prescott notes that they haven’t quite pinpointed the reason for the hike in eye injury costs, but they’re working on getting to the bottom of the issue with the clues they have now. In fact, Prescott is already looking ahead to her next research project: looking at the hospital billing records of patients with the same types of injuries over the same time period at Johns Hopkins.

“I am optimistic that we will be able to determine the cause (or causes) of this increase in cost so that we can focus on strategies to reduce those costs,” Prescott explains.

In the end, Prescott wants to bring light to the immense cost jump in eye injury treatment in order to help prevent these incidents and to take a look at our current heath care system. “I am hopeful that bringing this tremendous cost increase to people’s attention will help motivate us all to look at health care utilization in the hospital setting,” Prescott tells Inverse.