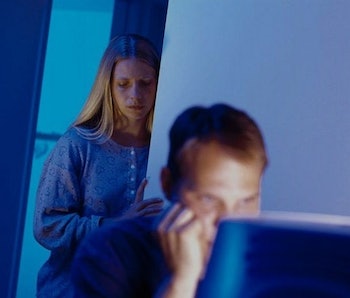 Facebook fatigue is a real thing, yet nobody knows for sure whether the site actually makes people unhappy. A new study by researchers from, appropriately, Denmark’s Happiness Research Institute now offers proof.

In the study, almost over a 1,000 Danish participants were split into two groups: Half continued to use Facebook regularly, while the other half stopped cold. After a week, the 88 percent of the Facebook-free group reported being happy, while only 81 percent from the regular users did. The study results showed that Facebook use correlates with personal dissatisfaction. Of the regular Facebook users, 20 percent described themselves as being dissatisfied. Only 12 percent of the Facebook abstainers said the same.

What Facebook does, the study suggests, is present users with more opportunities for comparison. Envy can be a crippling thing: All participants reported being jealous of their Facebook friends’ happiness, success, and “amazing experiences.” When people didn’t use Facebook, they had more social interactions IRL — and were more satisfied with them.

By Zuckerberg’s estimate, Americans spend about 40 minutes a day on Facebook. It’s doubtful that proof Facebook is bringing people down will change anything, but it’s surely a good reminder that even the most innocuous social media browsing can have real effects on the human psyche.

“Instead of focusing on what we actually need, we have an unfortunate tendency to focus on what other people have,” the study’s authors wrote.

More like this
Innovation
5 hours ago
Look: This tiny robot could change medicine forever
By Katie MacBride
Innovation
Sep. 26, 2022
This sound-powered underwater camera could reveal deep-ocean secrets
By Molly Glick
Innovation
Sep. 25, 2022
ePlane? Electric planes may come sooner than you think
By Gökçin Çınar and The Conversation
Share: