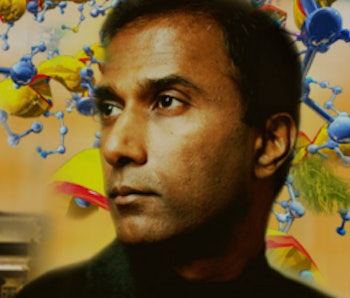 Dr. V.A. Shiva Ayyadurai, a well known scientist with a decent copyright claim to the title “Inventor of Email”, has a $10 million axe to grind with agricultural biotech monolith Monsanto. Ayyadurai claims he’ll give Monsanto, a corporation with assets in the tens of billions, $10 million if they can disprove his research, which suggests that high levels of formaldehyde exist in Monsanto GMO soy.

“If Monsanto can disprove the fact that there are no safety assessment standards for GMOs, the conclusion of our fourth paper, then I will give them my $10 million building,” Ayyadurai said in a statement. The building in question is — somewhat predictably — in Cambridge, Massachusetts.

When Dr. Ayyadurai’s study was published back in July, it met with praise from Dr. Ray Seidler, a former EPA Senior Scientist. “Formaldehyde is a known class one carcinogen,” Seidler said in a statement. “Its elevated presence in soybeans caused by a common genetic engineering event is alarming and deserves immediate attention and action from the FDA and the Obama administration.” A good part of that alarm was triggered by the reality that 94% of soy grown in the U.S. is genetically engineered. The announcement had potential to trigger regulatory reaction from the government. Up to now, it hasn’t.

Dr. Ayyadurai, who is married to actress Fran Drescher, is not known for subtlety. In 2009, Ayyadurai was abruptly fired from the Council of Scientific and Industrial Research for uncouth behavior while — to hear his side of the story — attempting to ferret out corruption within the organization.

What’s absolutely clear is that Monsanto has a formidable, non-Neil Young opponent who will not be ignored. The situation seems likely to escalate.