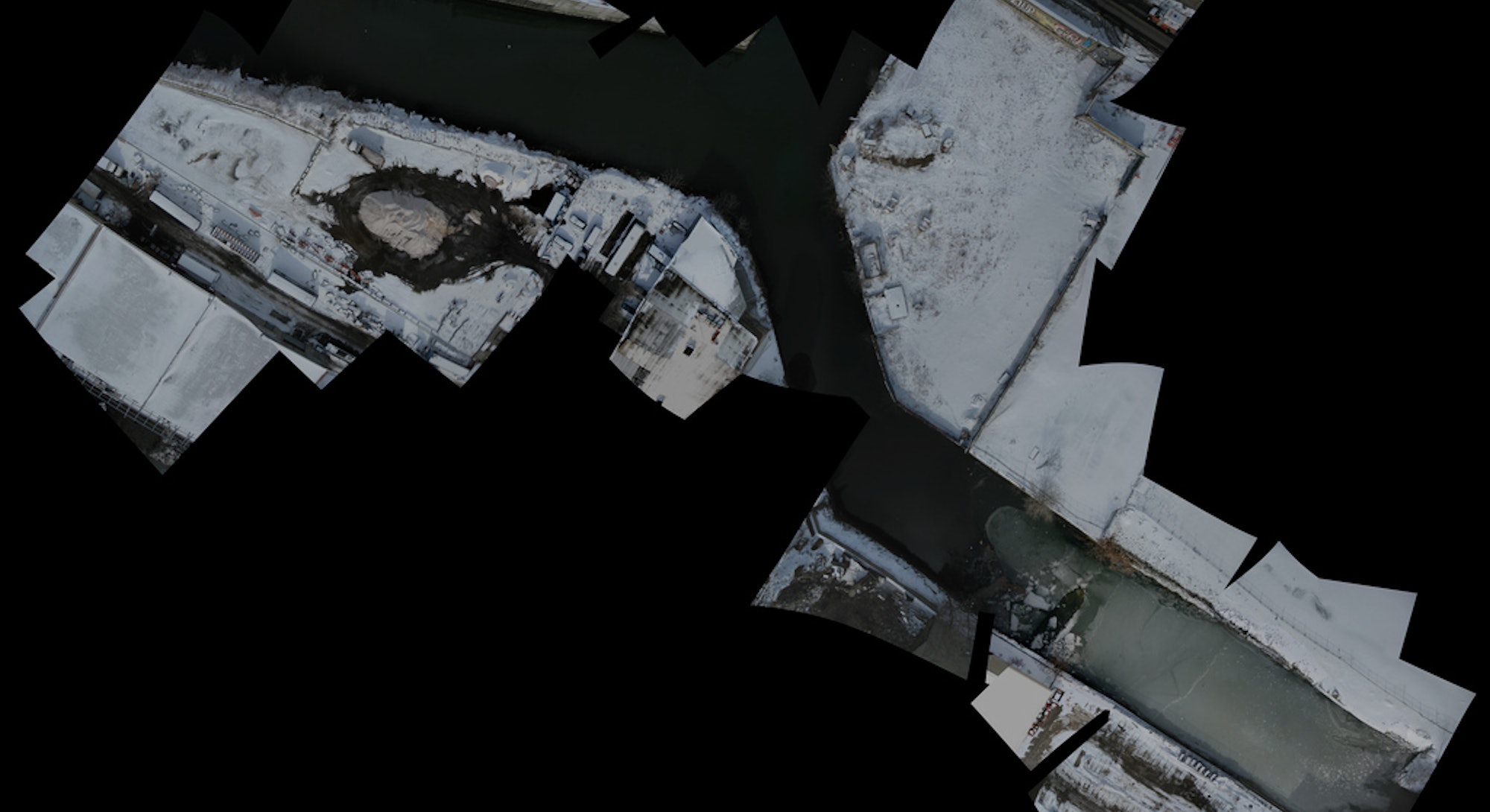 Brooklyn, the second largest and most populous New York City borough, is more than just a cultural meme and a branding opportunity. Gentrification is a reality, sure, but that is happening with the context of history and much of the borough’s history is industrial, particularly in the zone surrounding the 1.8-mile-long Gowanus Canal, a fetid stretch of infected water famous for having gonorrhea, smelling awful, and, until recently, dragging down the value of homes and apartments near its banks.

Long ago, the canal played a huge role in transportation and shipping for the metropolitan area. Today, it’s classified as a Superfund site by the EPA and is one of the most polluted bodies of water on the Eastern seaboard. To put that in real terms: A man recently claims to have found a three-eyed fish swimming in the water. Given the high value of real estate near the canal, it’s inevitable that something will be done.

Lots of people have ideas about what that something should be. Gowanus By Design, an urban advocacy group seeking to help promote cleanup efforts and research revitalization and redevelopment strategies, is seeking those ideas out. The group recently held its third international design competition, “Axis Civitas,” inviting urban designers from all around the world to brainstorm and create conceptual solutions for transforming the toxic waterway into a community of successful audacious innovation. The winners (and honorable mentions), listed below, all introduced a different vision for what they see as the future of the community, but they all embraced cutting edge ideas grounded in sustainability and opening the doors for continued growth and evolution. It remains to be seen whether any of them actually get built, but:

A collaboration between Nelson Byrd Woltz Landscape Architects, GenSpace, and the Gowanus Canal Conservancy, the BK Bioreactor is an infrastructure project designed to catalog the unique microbiome of the canal before it’s dredged. The water’s totally unnatural ecosystem means it’s home to a wide variety of different organisms floating around. Although a three-eyed fish might be an affront to nature, it’s also an insanely compelling lifeform that scientists would go apeshit over if true. That also goes for the rest of the weird bacteria possibly mutated by decades of pollution. At the center of the project: a smart dock that measures and catalogs. The idea being to use growth to do science — to clean up without sweeping anything under the rug.

Live Ends is a concept for taking advantage of the public spaces lined up along the edge of the canal and filling them up with a network of ‘urban field stations’, like an amphitheater, research lab, an auditorium, art exhibit spaces, and more — finding appropriate spots that could attract businesses and residents from all kinds of backgrounds. The design team, Annie Barrett Studio, formed these choices based on a slew of different traits permeating around the neighborhood, including dead-end streets, litters, and odors.

Though architects Annette Bohr and Anna Lips are based in Zurich, they came into this competition with strong ideas about how to improve Gowanus. Almost off the bat, they noticed “the site seems to be a ‘non-place’ in the middle of Brooklyn,” says Bohr. The pair’s project attempts to remediate three major problems: environmental pollution, by a catchment area that helps reduce sewage overflow; reducing vacant and wasted land by spurring the commercial and residential development along the waterway; and opening up dead ends to increase traffic and pedestrian flow to connect Gowanus to its surroundings.

“The intention is to free Gowanus from the current programmatic and infrastructural divergence by using a connecting system similar to that of a zipper,” says Bohr. Using the logic of an urban grid, ‘urban strips’ would come off from the zipper and develop their own “specific character in accordance with its environmental influences and by the reprogramming of the urban development concept.”

The result, says Bohr, is a plan that “successively converts the current state ofGowanus into a new prospective character.”

Field Station of the Industrial Sublime

If the water can be detoxified, the best thing to do might be to just drain the water and start afresh. New York-based architecture firm Op-Al calls for doing just that, and installing a wastewater treatment station can help make the waterway clean again.

In addition, the design calls for a process that will rehabilitate the Gowanus wetlands — a major natural feature that would go a long ways in fortifying the surrounding community against flood events.

The Office of Architecture takes its cues from iconic landmarks like the Statue of Liberty and the Empire State Building and seeks to reassemble the dismantled ‘Kentile Floors’ sign letters by the Gowanus Canal to illustrate and bolster Gowanus’ public identify as a gritty and resilient aggregation of diversity. At its core, the field station is basically a community center that facilitates a variety of different kinds of events orientated around the neighborhood’s increasingly diverse needs.

“Our project is based on the premise that fundamentally cities and buildings are versatile organisms that can often adapt to change with just a little bit of physical and/or logistical tweaking,” says Aniket Shahane. “The lifeless, new high-end condo buildings going up in the neighborhood seem to be the default answer for Gowanus’ future. But this doesn’t necessarily need to be so, especially when considering the wealth of interesting buildings and uses that exist in the neighborhood now.”

As the title suggests, The Pilot Projects Design Collective wanted to tackle the idea of ownership head on. Who Owns Gowanus? is at attempt to use linguistic analysis to make people rethink the traditional ideas of ownership, through a centerpiece field station that plasters the names of local businesses and property owners up a huge banner, emphasizing that it’s the neighborhood — not big corporations, who help keep the neighborhood afloat.

“Ownership is such a definitive part of how a neighborhood works, functions, and it’s one of the least visible aspects,” says team leader Scott Francisco. It has an enormous impact, but it’s very difficult so see from the outside. So our focus was to try and make something visible that’s traditionally very invisible.”