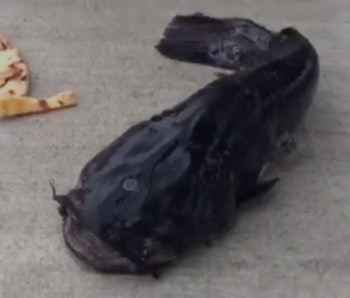 The Simpsons have been on the air so long even nature’s cruelest mistakes can’t help but rip the series off. With video footage of a three-eyed fish hauled from poison depths of the Gowanus Canal, can an octoparrot be far behind?

Submitted to Gothamist by an anonymous tipster, the video claims to show legitimate footage of a fisherman’s freakish catch.

Describing the Gowanus as a filthy, sludgy body of water you wouldn’t throw your worst enemy into is an understatement: It’s an EPA Superfund site described by the agency as “one of the nation’s most extensively contaminated water bodies.” It has infamously tested positive for cholera, typhoid, and gonorrhea, so it was only a matter of time until it spit some unholy abomination onto its banks.

But on the other hand, the hoax hand, why would anyone catch fish out of the Gowanus knowing all that? 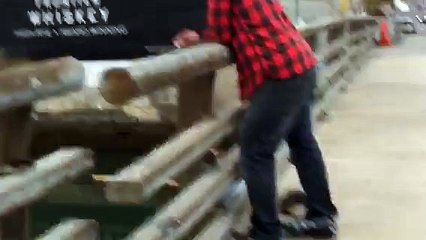 “Bunch of people were crowding this dude fishing near Whole Foods on Gowanus,” the anonymous tipster who taped the fish told Gothamist. “He caught a 3 eyed cat fish. Some lady was flipping out cause he whacked it dead and she said they were trying to preserve the remaining wildlife there or something. It was a crazy scene. He said he was gonna eat it! Crazy.”

For comparison’s sake, here’s Blinky’s introduction on The Simpsons way back in 1990.

Is Gothamist playing us all for fools, or is this a perfectly cromulent mutant fish? We’ll stay on this story all night if we have to.