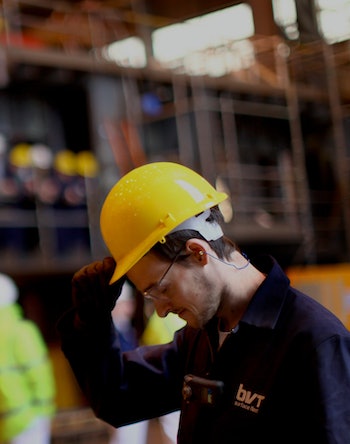 One way to think about evolution is as a system of generating superpowers. It’s a powerful (albeit often cruel) way of imbuing a species with the talents needed to cope with a dynamic environment. Every species has to fill an evolutionary niche, so every species has a power to keep it there. You might have a sense of what humans’ unique superpower is, but just as likely, you won’t guess it on your own.

The debate around humans’ superpower has been long, poorly informed, and generally anthropocentric. The discussion was dominated for many years by the viewpoint that we are just somehow better than everything, a view reflected in creation stories. Obviously, this definition lacks any sort of quantifiable trait to evaluate or even a general description of what, if anything, makes humans different. This makes it impossible to argue one way or the other (which may be a feature more than a bug).

Eventually, people came up with reasons why humans are not only unique in the natural world, but superior — an objective starting point, clearly, considering the source. The effort to flesh out reasons why humans are awesome resulted in a laundry list of all the neat things humans do that other things can’t do. Mostly such a list relies on assumptions rather than research. As neuroethologists began to investigate other species, however, it became clear that some of the things don’t belong on that list. And then it became clear that even more stuff doesn’t belong on that list. Eventually, neuroethologists discovered examples in nature of just about everything humans do. It then became clear that the entire list was poorly informed, and that starting with the attitude “why are we better than everything” might not have been the wisest approach. As Robert Sapolsky has pointed out (in the lecture below), the general feeling after that was sort of that humans don’t do anything uniquely per se, we just do it all bigger/better/faster/more. For example, a dog can prolong satisfaction by not immediately eating the food in front of it, if trained. But it is unlikely that a dog can put off getting an immediate income in order to put itself through college in anticipation of better returns in the future.

Though not universally accepted, this description fits well with human physiology. Although we have more brain neurons than other primates, the overall layouts of our brains are fairly similar. It makes sense, then, that we would not expect to manifest some totally novel cognitive abilities, but that we might just do all of the same things to the extreme.

I agreed with this conclusion for a long time. Now, I believe we may be more interesting than that.

The way that the size of individual neurons in the brain scale when compared to the overall size of the brain is different in humans than most other animals, though this trait isn’t unique to our species. All primates seem to use this same neuronal scaling paradigm, which was recently discovered by Suzana Herculano-Houzel. Basically, it’s not an issue of brain:body size ratio. You really can compare regional brain sizes to roughly estimate cognitive output, but only between primates. This is because neuronal size does not vary by much in the primate lineage, so an overall size comparison is roughly equivalent to an overall neuron count. While the brains of other animals tend to adhere to an allometric scaling paradigm that is almost exponential, the primate scaling paradigm is nearly linear, making these sorts of comparisons possible.

Even here, though, Neanderthals probably had generally larger brains than humans (based on skull sizes), and they more than likely still used the same neuronal scaling that all other primates use. This means there’s a chance that the average Neanderthal was actually smarter than the average modern human. In fact, it has been proposed that Neanderthals were the ones who taught humans how to use tools; after all, Neanderthals seem to have had them first. In any case, humans and Neanderthals were probably very close in intelligence, so raw human intelligence may not fully explain our complexion.

There is one thing that our species does that no other species has ever done, though: globularization. Globularization is the process of making the skull push slightly upward. It’s a process that kicks in around 2 years old. And it turns out to be a pretty nifty trick.

This starts with the process of opening up the deeper parts of the brain, which allows even more “wiring” between very distant parts of the brain to occur. This “long distance” connectivity is thought to be vital for social intelligence. When interacting with other humans, we draw on memories, experiences, thoughts, intuitions of what others are thinking, forecasts of what might happen based on our actions, and a tremendous amount of other content from all over the brain in real time.

In fact, research into the autistic human brain has revealed that it is this long distance communication that gets blocked. It may be caused by an overabundance of neurons in a small, localized place. In this situation, neurons proliferate and grow such that they block the connectivity to, from, or through this area of the brain. If true, this is most likely why autism can have such radically varying symptoms from person to person, based on the areas affected, and why it’s been so hard to pin down etiology. It may also be why certain people with autism exhibit remarkable talents. If the localized neural proliferation happens to occur within a region of the brain that deals with the conceptualization of numbers, for example, that person might be capable of unbelievable mental math processing … at the expense of certain social behaviors.

Our social intelligence, as Yuval Noah Harari has eloquently pointed out, is a very remarkable talent. It allows us to coordinate the efforts of many individuals, which seems to be a strong evolutionary strategy. It’s somewhat interesting that the development of human societies may have some parallels with the development of the primate brain: Neurons in the brain have stayed fairly small, so they are not the most powerful information processing unit, but the tradeoff is the coordinated effort of many, many information processing units for the same amount of energy.

(The coordination of our group behaviors is also not the most extreme found in nature. Eusocial species, like ants and bees, seem to operate so well it’s almost as if they’re a single organism. Every individual in the colony carries out its task in the name of the colony. Although humans are capable of organizing the efforts of many individuals, we lack a hive mind.)

The blend of our traits, however, does seem to be unique. Nowhere else is there a species that is good at both independent, critical thinking and the organization of many individuals within the group. The ability to coordinate lots and lots and LOTS of people who think independently and each have their own perspective makes us a unique species indeed. Our superpower isn’t our intelligence or our sociability — it’s the combination thereof.

This tendency to connect with one another is very strong, a fact reflected by the incredible success enjoyed by devices that assist in this endeavor. From phones to televisions to the internet to social media platforms that connect people, we’re “wired” to exchange information with each other. And when there’s nothing very “important” to say, we’ll talk about just about anything, because we like exercising this talent so much.

Nothing in the universe is free, though. As powerful as this blend of talents has been for the development of our species, it probably does not occur without significant challenges. We are, for one, over-reliant on this superpower. The instant we don’t understand something we tend to project onto it some sort of human-like agency (be it supernatural gods or aliens or secret societies). This gives us a chance to exercise our incredible power. Suddenly, we go from being helpless to being able to use the full force of our massive brains to intuit the intentions of someone else. Someone that we can try to understand, or even negotiate with. We can start to tie the phenomenon to patterns, such as our own behaviors, and offer sacrifices or prayers or resistance. By projecting something that’s sort of human-ish, we can start to guess what it wants and figure out how to interact with it as though it were another human, since shrewdly interacting with other humans is our specialty. I’m not trying to make the case that any of these things do or do not exist necessarily, but it behooves us to understand that it’s our natural tendency to fall back on this automatically when no other clear reason for the phenomenon exists. If only it was our tendency to fall back on statistics and probability.

The blend of these talents may also manifest as internal strife. We struggle to speak up for ourselves, or to advocate unorthodox solutions, or to risk unpopularity. Sometimes we want to be part of a system that works, as when we’re driving on public roads or waiting in lines. Other times we most certainly do not want to be forced into a system, as early proponents of religious freedom pointed out.

Many shades of gray lie between the two extremes. Do you, for example, favor systematic centralization of education or taxes? It’s simplistic to think we can predict someone’s politics by looking at an MRI of their brain structure, but there may still be a biological component to these decisions; a general predisposition to be biased towards group or individual action, for example. Is it possible that the ratio of gray matter to globularization might actually predict an adult human’s ideologies? For example, do we tend to lean towards large group structures? Or do we value our individual privacies more than collective efforts? This is not a difficult correlative study to undertake, but may not be carried out any time soon because of the tremendous controversy that might come with the results!

Even if there is some truth to this, it doesn’t mean that it’s a problem to have a bias more in one direction or another, of course. But it may explain certain phenomena. For example, some individuals can be the best at what they do and never become very successful. Or vice versa, someone might be wildly successful without actually being great at what they do, necessarily. You may not have to know how to do it all yourself, as long as you can coordinate the efforts of people that can get it done. When they say “it’s who you know,” there may be biological truth to that. After all, the strength of our species is not, and never will be, in any one individual human.

Note, however, that this means that “coordinating the efforts of other humans” is probably like any other skill: it needs to be practiced to be perfected. Even someone who seems to have been born with an innate knack for understanding math isn’t born understanding calculus. Actually becoming good at math, or any skill, requires practice. To get better at social interaction, remember to practice.