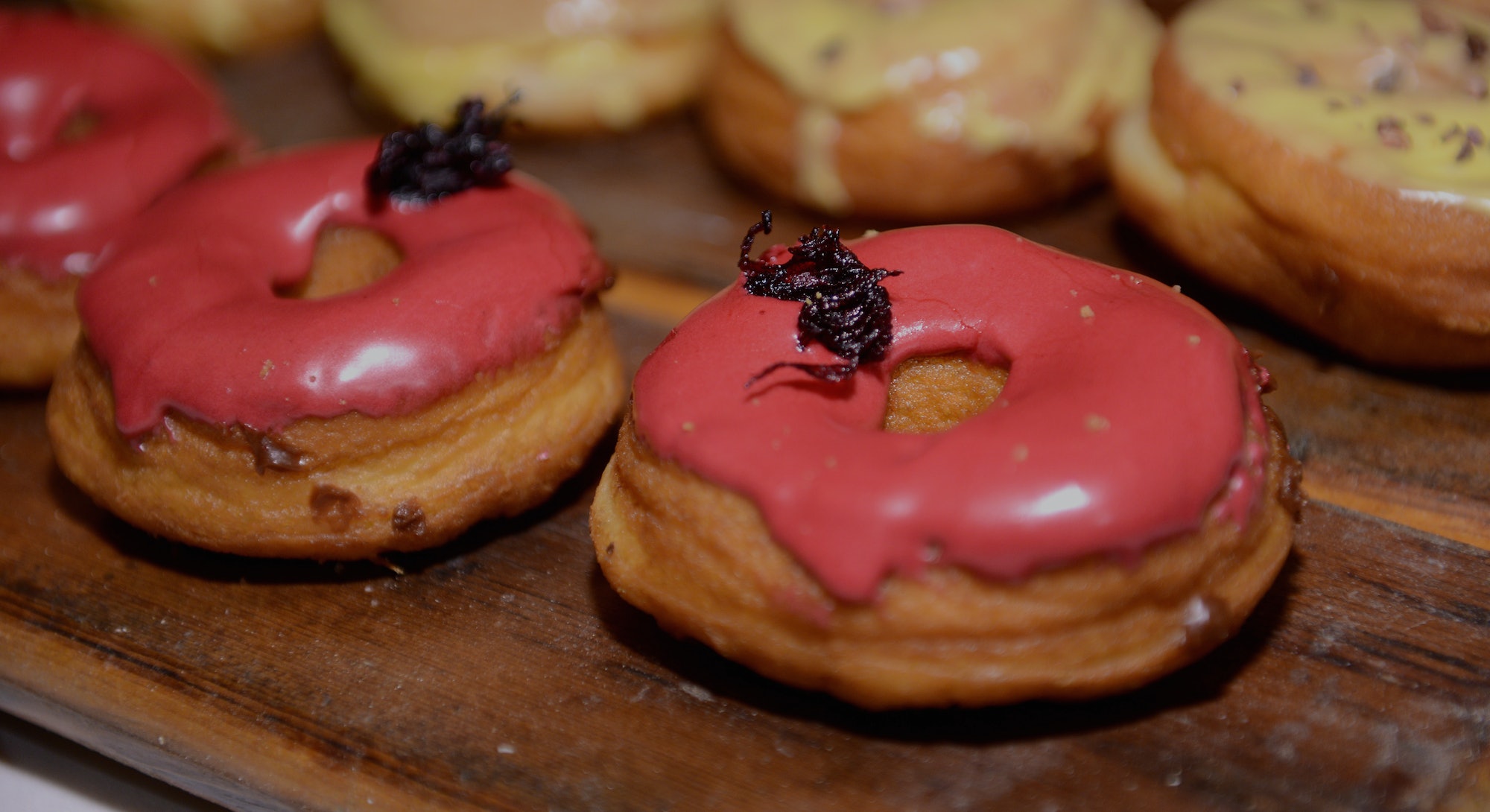 Thursday was National Doughnut Day. We didn’t bother telling you because there’s another a National Doughnut Day on the first Friday of June. Well, the June holiday, established in 1938, celebrates the Salvation Army volunteers who served donuts to soldiers. The fall day, the one that was this week, has what you might call a purer intent: It just celebrates the doughnut.

John-Bryan Hopkins launched his blog Foodimentary and quickly noticed the traffic spikes when he wrote about food holidays, which helped him sort o realize there weren’t enough food holidays — and of the ones that existed were outdated because some foods had fallen out of favor. So he started making his own national food days, and soon enough, people recognized them and celebrated them wholeheartedly.

Hopkins spoke with Inverse about Foodimentary, National Doughnut Day, and how we should celebrate food. By the way, today, November 6, is National Nachos Day, according to his blog.

What’s your personal background in food?

I don’t have a big background with food. Back in the early days of blogging, it was all about your recipes and your obsessions and all of these things that I felt were not universal. Food holidays don’t have recipes. I’m not a big cook.

How did the food holidays take off?

I realized that the most important things I was blogging about were food holidays. It became sort of the main thing I blogged about from about that time on.

It really took off right in the early days of social media. I was on many platforms, many that are now gone, but one of the early ones was Twitter. I started talking about food holidays, so it became a crazy time where people didn’t have very much to talk about, and I wanted to talk about food, but in a much more universal manner where everybody can have something to talk about.

I also discovered that there weren’t very many food holidays. There were maybe a couple a week. I felt like it needed to be something that everyday you would celebrate food. So I started creating different days and replacing days that were outdated or replacing old foods that no one ate anymore.

When did people start take?

Well it’s the Google Syndrome — that’s what I call it. The first year you celebrate a food holiday you hope people listen, people share it, people talk about it, especially if you create one from scratch. The second year, when that date comes around and you google that date and you google that food holiday, it becomes a solid thing because it’s in the search engine. It’s there for everyone to see. So it’s sort of the second year that that food holiday gets its legs. It’s as simple as that.

How do you come up with the food for each holiday?

I don’t really come up with that many anymore. I haven’t gotten in trouble, but a lot of people don’t like it when I do a brand-name day like, “Celebrate M&M’s.”

My big deal was the year I decided to create Tater Tot Day. It was a national trending topic for hours. It was the biggest celebration of food you could imagine on Twitter. The next day I found out that somebody’s called who owns the rights to tater tots. And they don’t know anything about [the holiday], so how dare I! And I was like, we got to celebrate food without having to ask them. To me, it was a success. I really look at it as a happy way to celebrate food. I’m thrilled that the world has kind of grasped onto this.

There’s a National Doughnut Day in June. How do you feel about doubling up?

I don’t recommend it. I don’t specifically remember creating National Doughnut Day, but when I Google back it’s obvious it points to my site, so somewhere in the past I must have done it. Then again, it’s like coffee: Why celebrate it once a year when you could celebrate it two or three times a year?

I have a problem with food holidays that are always on the second Tuesday of everything. That gets confusing. But not Thanksgiving! Food holidays need a specific date in the Googled world.

Is there a leap year day?

Do you have a favorite day?

Just because of the controversy, I really enjoyed Tater Tot Day. I loved the fact that someone called me out on telling the truth. It felt like to me, that is the ultimate “Man, you didn’t get the joke.” It was one of those, wow, and that made me smile. It’s all up in the ether! It’s whatever day you want it to be.