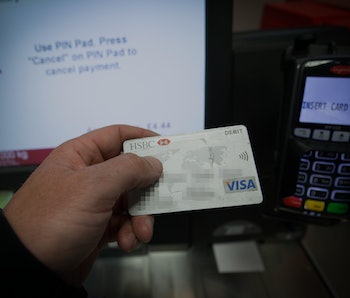 Brianna Wu, a prominent video game developer and founder of game development firm Giant SpaceKat, posted this tweet today, citing another example of what it can be like when you’re up against a wave of anonymous, mobilized bros.

While anyone with a major credit card is privy to the routine annoyance of a credit line being compromised due to “suspected fraudulent activity,” Wu, in this instance, isn’t one of those people.

That’s because she’s been routinely harassed and victimized by Gamergate culture warriors since August 2014, only for speaking out against misogyny and the mistreatment of women in the gaming world.

Wu’s only had her credit card “compromised,” — which is an easy fix for sure — but the knowledge that Gamergate’s pilfering mob is out there, funneling its way into her personal finances, stems beyond the realm of mild annoyance into something truly volatile.

Gamergate has involved the targeted harassment of several prominent women in the gaming industry who’ve dared to write against widespread sexism in video games and the surrounding culture.

And by the looks of it, it’s still going strong.