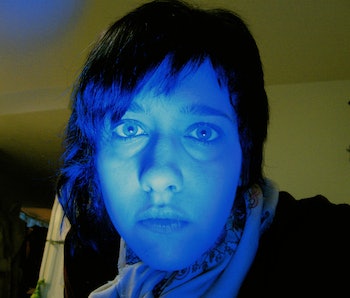 Winter is coming. This time of year, a lot of people feel like crawling into a cave and sleeping away the season with the bears.

And a lot of us have, somewhere along the way, bought or used one of those light boxes designed to simulate natural light to banish the blues and feel a little more awake and alive.

But new research to be published in the American Journal of Psychiatry suggests there is a better way: The study took 177 people who suffer from winter depression, and treated half of them with light therapy, while the other half underwent cognitive behavioral therapy (CBT) for six weeks.

Initially, patients in both groups saw symptoms improve, but this wasn’t the case two winters later. Only about a third of those treated with light boxes were still using them. Those who received the light therapy saw more recurrences of depression and more severe symptoms than those who were treated with CBT. Light boxes are intriguing but this study found they don’t have lasting effects.

“Cognitive behavioral therapy seems to confer benefits that endure over time,” lead researcher Kelly Rohan of the University of Vermont tells Inverse. This finding has been replicated by decades of research into CBT as a treatment for non-seasonal depression, she says.

CBT is a type of therapy that tries to alter your thinking and your behavior towards finding a better mood. On the cognitive side, you are taught how to recognize negative thoughts, challenge them, and change them into more positive thoughts. In terms of behavior, you’re encouraged to stick to routines, seek out fun activities that interest you, and stay engaged and active even when you feel like shutting off from the world, Rohan explains. The protocol for treating seasonal depression with CBT is very similar to what would be done to treat non-seasonal depression.

“People learn something when they do CBT, they learn skills — how to think differently, how to behave differently when they’re under stress or experiencing a sad mood — things that they carry with them into the future like a toolbox, drawing tools out at times of high risk to be proactive and cope differently with mood changes so that you don’t end up depressed.”

With light therapy, on the other hand, if you don’t stick with it, you won’t see any enduring benefits.

Curiously, those who reported still using the light box two winters after initial treatment seemed to be even worse off than those who didn’t.

“I don’t know what to make of that, other than maybe that light therapy use is a marker of recurrence,” says Rohan. “Very possibly, people wait until they’re feeling really bad to start using light therapy, which is the opposite of what the clinical practice guidelines say to do. They say that when you notice your very first symptom in the early fall, that should be your cue to get the light box out and start using it every day.”

Strangely, in an earlier study, people treated with light in combination with CBT did worse than those who received CBT alone, says Rohan. “There might be a sub-group out there that benefits from the combination treatment, I’m just not sure who they are yet.”

Rohan’s primary advice to anyone feeling low with the changing seasons is to seek professional help. “I think there’s a temptation to engage in self-diagnosis here. This is a serious clinical depression, so seek out a qualified mental health professional who can evaluate the problem, find out if that’s what it is, and recommend a treatment that’s appropriate for you.”