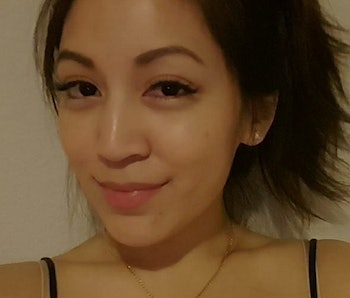 The death of a 24-year-old Nevada spa manager whose body was found last week after being trapped in a freezing cryochamber for at least 10 hours has raised questions about the safety of the growing, unregulated, health industry.

Chelsea Ake entered the chamber after closing the Rejuvenice spa in Henderson, Nevada, authorities confirmed to SF Gate. Somehow, she became trapped within the chamber, which can reach as low as minus-240 degrees Celsius. The local coroner says cause of death has yet to be determined.

“Something went wrong,” her uncle, Albert Ake, told the New York Times, saying his niece’s body was frozen solid when he saw it. “What she told me is that there is nothing dangerous about doing this. That the only thing that could happen is you’re there a little too long and you get frost nip on your fingers.”

Cryotherapy is a popular alternative to cold water immersion. It uses dry, freezing air, at temperatures below minus-100 degrees Celsius for no more than a few minutes. The process is brief and intense, and in recent years favored by athletes like Kobe Bryant and Lebron James. U.S. Cryotherapy even warns clients to pat themselves dry, as oils, colognes, and lotions will freeze on the body. Rejuvenice’s site claims cryotherapy’s benefits include reducing pain and inflammation, “instant anti-aging,” and accelerating tissue healing to boosting metabolism.

“There is very little evidence backing up its effectiveness,” Joe Costello, a senior research associate in sports medicine at the University of Portsmouth, told the Guardian, saying there were no clear protocols on how to administer treatments.

To be subjected to even a fraction of the cryochamber’s cold for an extended period would be excruciating. A BBC report on the 2014 polar vortex’s freezing temperatures compared the conditions about minus-50 degrees Celsius — enough to freeze and burst uninsulated pipes — to the frozen wasteland that beat back Hitler’s army when the Germans tried to invade Russia in the winter of 1941. There, boiling water froze less than a minute off the fire, soldiers lost their eyelids to frostbite, and truck and tank engines froze solid. Negative-240 degrees Celsius is well below even the minus-153 C you’d find on the dark side of the moon. The coldest temperature recorded on Earth is about minus-89 C, or minus-129 F.

Authorities have ruled Ake’s death a matter of “operator error” not due to machine failure, but friends and family who spoke to the local NBC affiliate said there were no cameras at the spa to record what happened, and were unsatisfied without a full investigation. Rejuvenice advertises that its cryochambers have no locks on the inside to prevent anyone from being trapped, along with “numerous safety features,” yet local police told reporters there is nothing suspicious about the accident. Rejuvenice representatives told the Times only that they were “devastated by this accident,” and “voluntarily scrutinizing each and every one of our internal procedures to ensure nothing like this ever happens again.”

It doesn’t seem to have hurt business. By Monday, lines were apparently back to normal, pre-tragedy levels.