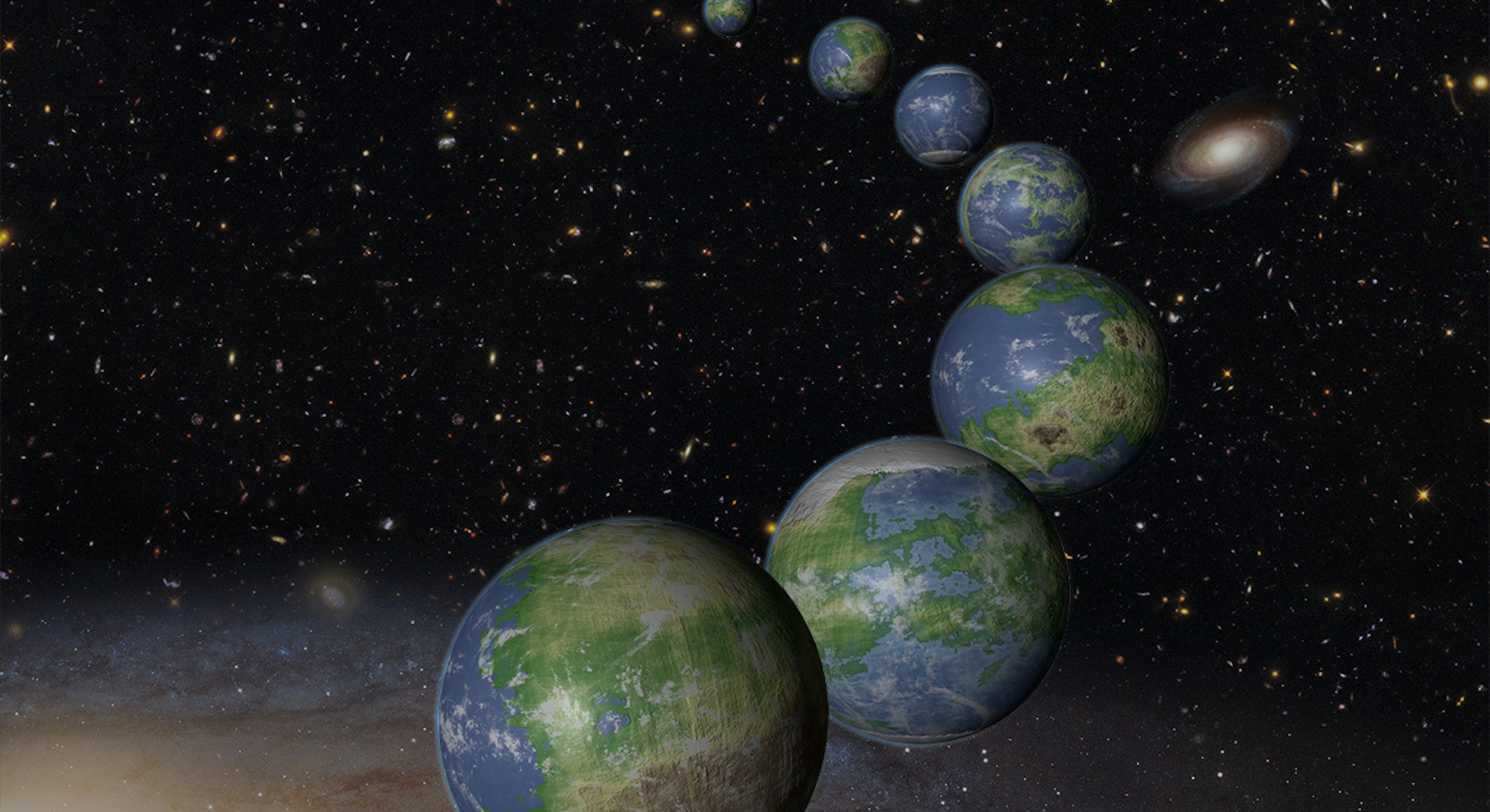 We are not the only civilization the universe will ever have, according to a study published today.

According to research from the NASA-associated Space Telescope Science Institute, only eight percent of potentially habitable planets existed when our solar system was born 4.6 billion years ago. While star birth is happening at a much slower rate than it was when the universe was making stars 10 billion years ago, there is so much hydrogen and helium gas left that planet and stars will continue to form.

According to researchers, 92 percent of the most Earth-like planets have not been born yet.

“Many people share a curiosity for how our planet fits into the rest of the universe,” Peter Behroozi, one of the study’s coauthors, tells Inverse. “This research suggests that we aren’t an exception, and that many more civilizations will arise in the future.”

Co-author Molly Peeples tells Inverse that she hopes this research can help answer one huge question: How does the universe work?

“How have physics caused the relatively simple conditions in the early universe to give rise to the extraordinary complexity around us today?” Peeples said in an interview with Inverse. “”It’s also really fun to be able to use simple statistics to use the fact that we know of one civilization on one planet — ours, on Earth — to determine the probabilities of other civilizations existing.”

Peeples and Behroozi collected data from the Hubble Space Telescope and the Kepler space observatory to work out their theory. A refresher on the Hubble: The telescope has the ability to look into nearby nebulae and stars and reveal planetary systems still under construction.

“Hubble measures the amount of starlight, from which we can determine the mass of stars currently formed,” said Behroosi to Inverse. “We also know the amount of gas available to form stars, from both cosmological probes and from Hubble measurements. Comparing these two numbers, the universe has turned only a small fraction of the available gas into stars, and it shows no signs of stopping.”

The formation of time on our planet — the years it took us to turn from sludge into humans — adds to the constraints of whether other planets will form civilizations. But the fact that ours formed so early compared to the many, many habitable planets that have yet to be born, suggest that it’s highly unlikely that we’re so precious to be the only thinking-beings of the universe.

Assuming that gas cooling and star formation continue, Peeples and Behroozi estimate that there is a less than 8 percent chance that we are the only civilization the universe will ever have.

Still, none us of will be around when these baby-Earths arise. For now, we’ll have to comfort ourselves with other galaxies far, far away (if you can get a ticket).