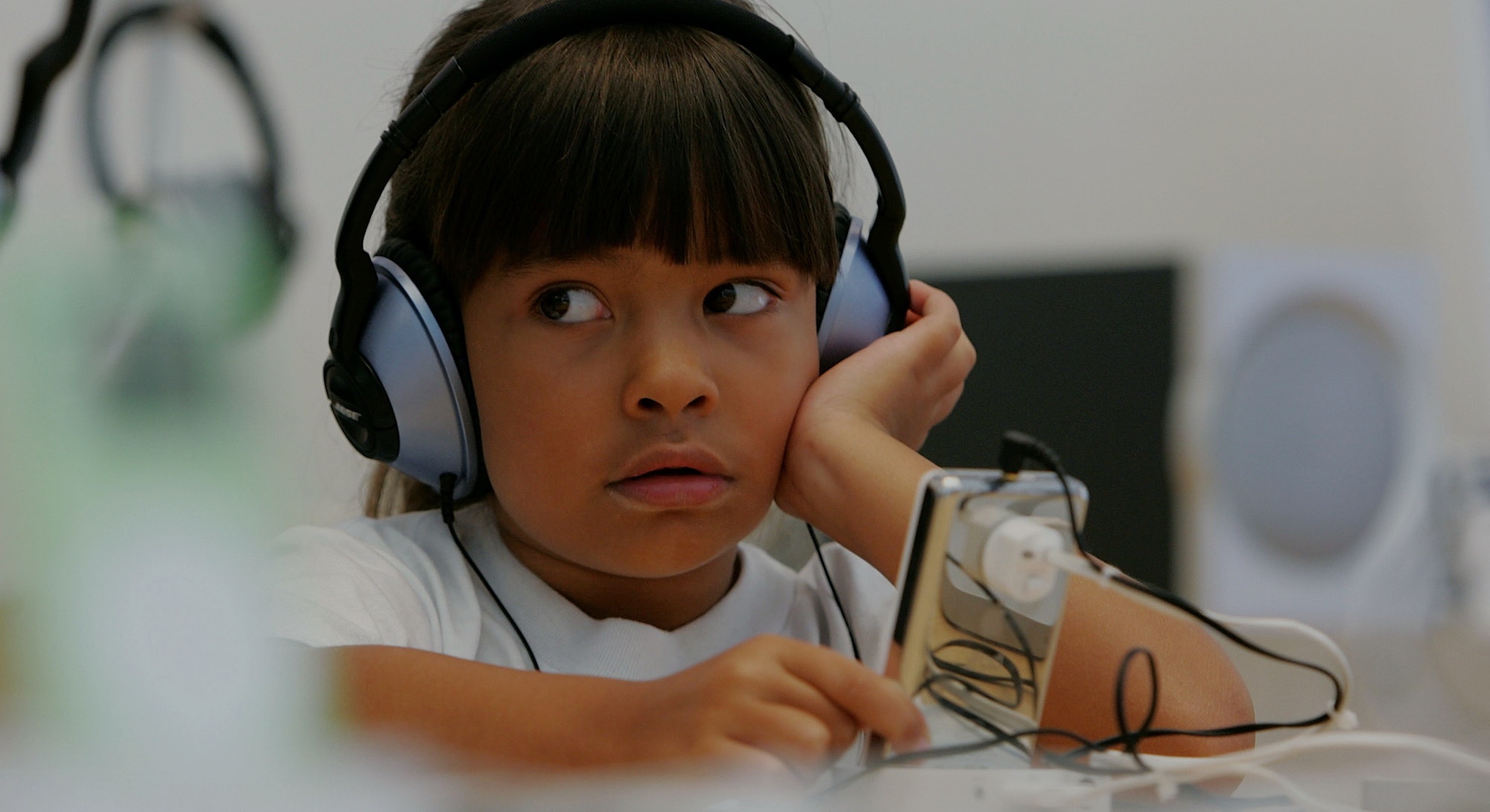 “Imagine your favorite band is playing a show at a cathedral in France, and your walls acoustically melt away,” says Benjamin Webster to a crowd at Techweek New York. “It would sound like you are in this cathedral.”

Webster is the CIO of Mass Fidelity, a company that he tells Inverse uses acoustic rendering technologies to “find different ways to make sound do different things.” He is of the belief that the future of listening to music is going to be determined by new technologies that immerse listeners — tech that companies like Mass Fidelity are racing to get to the consumer.

The purpose of “the Core,” Mass Fidelity’s new compact speaker, is to allow users to actually hear music the way it was recorded. It has been alluded to as “3D audio” and doesn’t mean the same thing as a “live recording” — the Core mimics the exact acoustic conditions where the music was played. Hypothetically this means that from your room you could experience the same conditions say, a concert at the Gorge Amphitheater — the music bouncing around the room the same way it filled a 27,500-seat outdoor concert venue.

“We are able to create a real stereo sound field from one tiny little box that is six inches square and four inches tall,” says Webster to Inverse. “We have the product — the science is there, it all works, it’s valid. Now we just need to put it into a package that will make you want to buy it.”

Another technology Mass Fidelity and other sound companies are competing to create is the ability to have sound multi-room services: the idea that within one room, sound could be completely split.

“The idea that you’re at a bar, and you’re yelling at the bartender to say what you want,” Webster said from his panel talk. “[With this technology] No, you’ll just walk up to the bar and that part will be completely silent.”

The major goal is to eventually implement 3D audio into virtual reality services, a much buzzed about commodity. This has the potential to be a gold mine, especially for artists who are, according to iHeartRadio Chief Production Officer Christopher Williams, “looking for other venues to drive their audio so they can repurpose and excel.”

Webster thinks that it will take around two years for his product’s audio to be available through a VR platform, like new Samsung Gear. But once it does, it’s going to completely revolutionize the listening experience.

“Once the VR stuff fires up, that model will explode the experiences that they’ll [listeners] be able to create,” says Webster. “Once 3D audio is implemented into VR — when it kicks off — it’s going to be a whole new world. It’s going to be a lot more futuristic than people believe.”