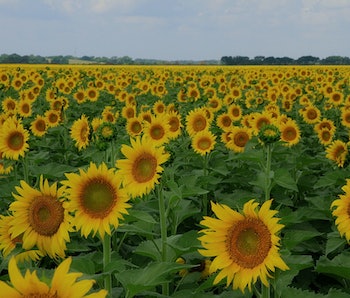 Polar Vortex be damned. Winters in some parts of the United States are expected to decrease in length by three weeks over the next century, ushering forth a premature onset of spring pleasantries, according to a study published today in the journal, Environmental Research Letters.

The news about kicking off snow-clogged boots to partake in an unforeseen emergence of spring should warrant some pause, though: According to the team of University of Wisconsin researchers, early spring is a direct result of global warming, and could potentially have drastic effects on plant and animal life in the U.S.

“Our projections show that winter will be shorter — which sounds great for those of us in Wisconsin” explains Andrew Allstadt, an author of the study. “Long-distance migratory birds, for example, time their migration based on day length in their winter range. They may arrive in their breeding ground to find that the plant resources that they require are already gone,” Allstadt said.

The researchers’ findings hinge on plant phenology — changes in growth that are often brought on through climate — in the American Pacific Northwest and mountainous regions of the Western United States, in addition to Southern states. Using extended Spring Indices, the scientists uncovered that because of a gradually warming planet, plants that serve some migratory animals might diminish before they actually feed a traveling flock.

Additionally, the researchers probed the phenomenon of false Springs — when freezing temperatures occur after spring plant growth has taken course in a given environment — and deduced that sudden temperature drops like these will taper off in most areas, except for large swaths of the Great Plains region, where they are projected to increase.

“This is important as false springs can damage plant production cycles in natural and agricultural systems,” Allstadt said.

“In some cases, an entire crop can be lost.”

More like this
Science
6.23.2022 11:00 AM
Historic Yellowstone flooding and more: Understand the world through 8 images
By Robin Bea
Science
6.30.2022 10:30 AM
Look: 10 jaw-dropping images reveal nature running wild in cities
By Jennifer Walter
Science
6.22.2022 11:00 AM
Watch: These bats can memorize your phone ringtone, and it might help them hunt
By Jennifer Walter
Related Tags
Share: