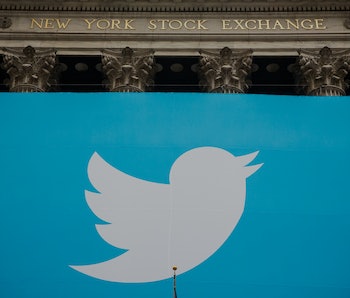 In a blog post the company published describing the feature, they said Moments is “the best of what’s happening on Twitter in an instant.” The new desktop tab offers embeds, videos, gifs, images, news posts. In a way, it’s a homepage for Twitter in place whatever your browser homepage. (The tab is coming to the mobile app soon, says Twitter.)

Twitter announced partnerships with sites like Buzzfeed, Mashable, The New Yorker Times and other content hubs like Getty to provide not only news articles, but great quality images and gifs for its continuous feed.

At first blush, Twitter Moments appears to be an interesting combination of Facebook’s Trending Topics sidebar, Snapchat’s themed curated snapchats, and the heartless new Apple News app. Vetted news reports from established media outlets are paired with the ephemeral nature of tweets, but right now it doesn’t appear all that stimulating. The news feed is nice, but endless news feeds are, if anything, overly represented right now. The actual spontaneity of something like Snapchat’s stories isn’t there yet.

Curated news streams through social media platforms — be it Facebook or Twitter — are already in a losing battle against themselves. The feeds must be better than a person’s already individualized feed of their own choosing, which just won’t be the case.

The biggest challenge facing Twitter Moments right now is filling a niche that is filled by simply using Twitter. The new tab so far appears to be another way to repackage what is great about the site into an inorganic mess.

More like this
Innovation
14 hours ago
Horrifying: Robots may have just gained a creepy new skill
By Molly Glick
Innovation
4 hours ago
Scientists have created a mechanical womb that can grow life in the lab
By Miriam Fauzia
Innovation
Sep. 28, 2022
Look: This tiny robot could change medicine forever
By Katie MacBride
Share: