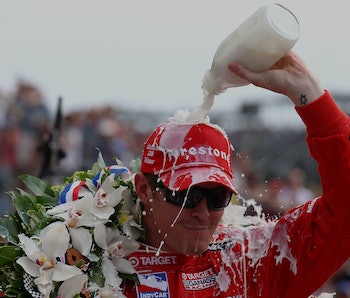 A new study in The BMJ has found that calcium does not improve bone mineral density significantly, The New York Times reports. So all those times you had to finish your milk as a kid were a wash. Go figure.

For the study, Vicky Tai, William Leung, Andrew Grey, Ian R. Reid, and Dr. Mark J. Bolland (of the University of Auckland) collected data from various reviews examining the calcium’s effect on BMD in adults 50 and older. They determined that calcium intake did have a positive effect on BMD, but one much less important than common knowledge would lead you to believe. Ingesting calcium regularly led to a BMD increase of only 1 to 2 percent, which translates into just a 5 to 10 percent reduction in risk of bone fracture. That ain’t nothing. But it’s hardly an elixir.

To be fair, the study collected and analyzed data, rather than conducted new experiments. In this case, there’s no control with which to compare. At the same time, though, they had nearly 14,000 subjects, so they’re probably on to something.

With milk ruled out as the key to healthy bones, what else can you do to best avoid fractures? Apparently, jumping up and down works, but that’s probably a bad idea on weak bones. That stress, though, is actually what improves the bones’ strength. Less rigorous activities, such as walking up stairs, put enough pressure on the bones to make them stronger, but not enough to damage them (as running, for example, might). Also, the study doesn’t show milk is bad for your bones. So keep chugging! Preferably while climbing stairs.

More like this
Science
Jan. 19, 2023
Time-lapse shows shocking temperature changes between December and January
By Jennifer Walter
Science
19 hours ago
ChatGPT could help students cheat — but it could also revolutionize education
By The Conversation and Sam Illingworth
Science
18 hours ago
The best mystery thriller on Netflix ignores a basic fact about hydrogen energy
By Tara Yarlagadda
LEARN SOMETHING NEW EVERY DAY.
Related Tags
Share: