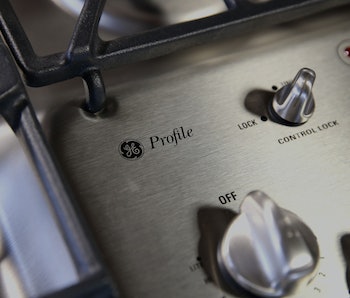 General Electric is a technology company with a market cap of $253.2 billion and little brand equity with anyone who didn’t see the OG Star Wars in theaters. The company hopes to change that with a new serial science-fiction podcast beginning Oct. 4th.

Produced in conjunction with The Slate Group and their Panoply podcast network, GE’s show, The Message, will follow a team of cryptologists who discover a 70 year-old message from space. The team will use real General Electric technology, like their ultrasound products, to decode the message. Each episode will run between 40-60 minutes per episode. GE hopes the podcast will gain recognition for its cutting-edge, non-washer/dryer products. And who’s to say it won’t? It has worked before.

Andy Goldberg, GE’s Global Creative Director, cited last year’s runaway hit — true crime podcast Serial — as an example for the medium’s power, saying it “flipped a switch” in the marketing department. That said, a scripted podcast will have more in common with programs like War of the Worlds and The Shadow.

General Electric was arguably the last man standing at the end of the Golden Age of Radio. The General Electric Radio Hour offered listeners big stories as dramatized by big-name actors. The show kicked off with “Random Harvest”, a retelling of the high-concept amnesia novel by James Hilton, author of Lost Horizon. It was an immensely popular program during its short run before GE pivoted towards television and started employing young screen actors like Ronald Reagan.

If GE is looking for more modern inspiration, the company should look no further than Welcome to Night Vale, a fictional podcast about a small desert town plagued with paranormal activity. WTNV is one of the most popular podcasts out there right now and it’s no mystery as to why. It’s good — “TKt” good.

More like this
Innovation
Sep. 25, 2022
ePlane? Electric planes may come sooner than you think
By Gökçin Çınar and The Conversation
Gaming
Sep. 14, 2022
Everything you need to know about Cyno from Genshin Impact
By Jess Reyes
Entertainment
22 hours ago
Andor Episode 4 Easter egg solves a classic early Star Wars mystery
By Ryan Britt
Share: