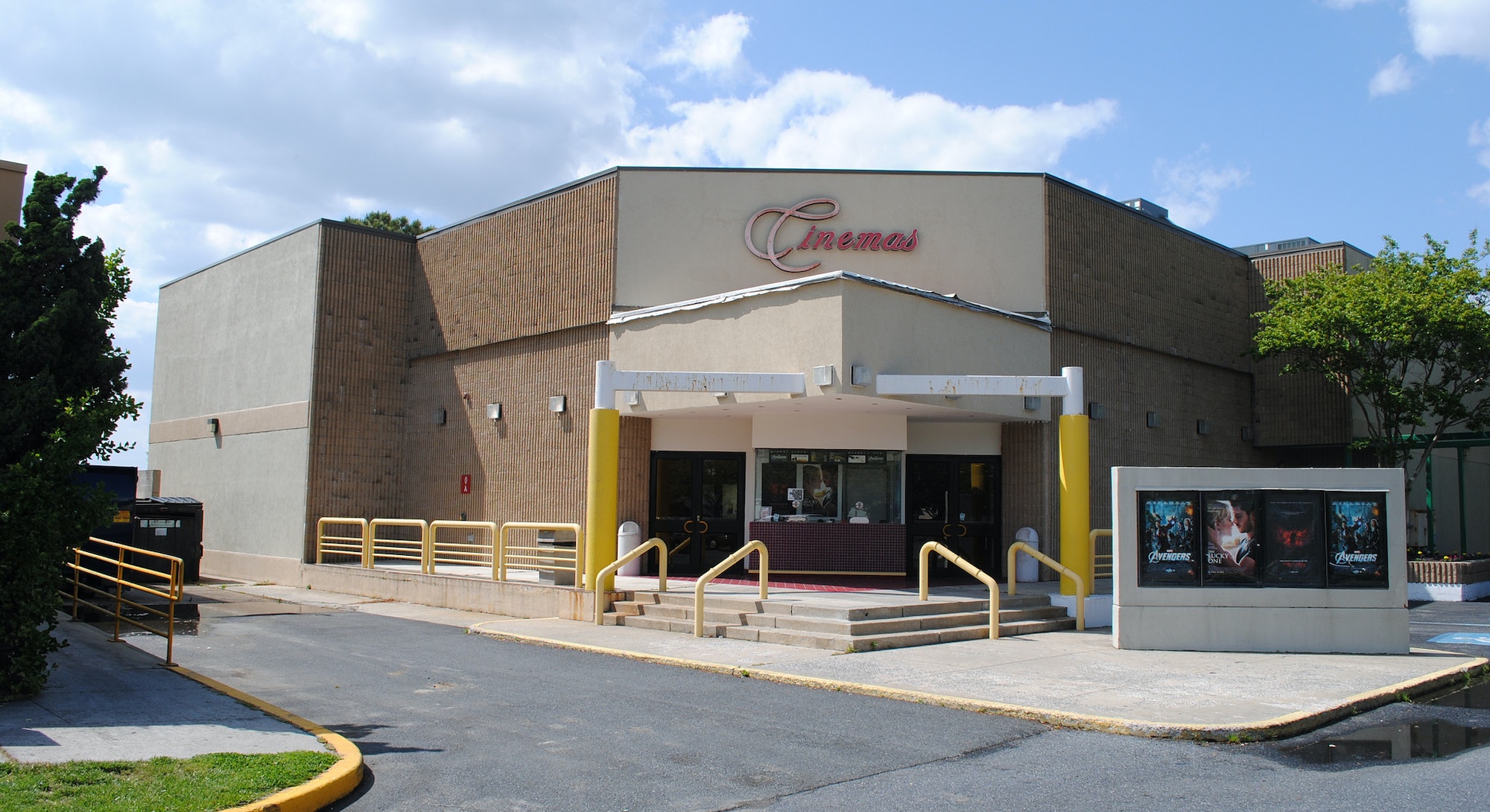 On the outskirts of my hangover a voice bellows.

My bleary-eyed coworkers shrug at the figure stalking us, weaving between the small clutch of two-top tables in front of the concessions island. It’s 8 a.m. on a Sunday. We’re in the middle of fire drill practice, the one allotment of time each week where ushers, box office clerks, and concessions staff get tested by management. The topic of today’s grilling is staff awareness. Do we know the specific ratings assigned to each film currently on the schedule? More importantly, do I know what certificate Immortals holds? As our manager’s fury intensifies, and the veins on her face steadily redden, I have a stab at an answer. “Is it a 12?”

I’m not in trouble per say; my wrong answer simply guarantees I’ll be a direct target of further scrutiny next month. Through the floor-to-ceiling windows of the cinema lobby I look out onto the promise of another blistering summer’s day. It’s July 2011. I didn’t know it then, but I had another six months of this to look forward to. Was it the promise of high-waisted trousers that lured me into a job at my local multiplex? The weekly movie passes? Both have their perks, obviously. For me it was the opportunity to a) pay off my Master’s and b) learn about the nitty gritty behind-the-scenes happenings at a movie house. That’s what I truly craved: Some insight into the lives of our exhibition stewards, such as how do they figure out the Really Important Stuff like which cardboard standees go where? Who changes the marquee? Are there any vintage pieces of lobby art I can perhaps “borrow”? The answer to all of those questions I would discover over the next year (wherever, you, and no). My experience was in the U.K., but whenever I go to movies now in the States, I recognize the same tribe of workers. I know the expressions on their faces. I understand their behavior. Now when I take a seat at the movies to find my feet stuck in a dried puddle of day-old Sprite, I try and harness my inner grump. I’ve been in their shoes, and lived the albeit brief life of a multiplex worker.

For me to get up to speed, I needed the harsh education my manager doled out so scathingly. The stakes were high: Who knew it was against the law to let an underaged scamp into a screening? I had an inkling that the British Board of Film Classification served an authoritative purpose, after years of working in a video store. These stern Sunday morn lectures were cut from a different cloth. Turns out these stamps are a statutory requirement.

In the U.K., if movie theater employees aren’t wise to the government-sanctioned certifications then the entire cinema stands to lose its license. In the United States — from what I understand — the MPAA’s ratings are suggested guidelines and do not have to be enforced.

On nights when I was stationed at the usher’s gate, a stopping point where customers hand over their tickets for a final inspection, I was the long arm of the law. (Perhaps my dad’s three decades as a cop had rubbed off on me.) My charge: To block underage kids from movies. I know, I know. I sound like a complete killjoy. And I did perhaps ruin the hopes of many tweens hoping to see blood, guts, and bare asses before the law deemed them ready to handle it. The thought of the massive fine I would be held personally responsible for kept my guilt at bay.

That little factoid didn’t stop parents from screaming and yelling at me, timed to perfectly coincide with our busiest hours, for not allowing their underage child into a film.

“They already sold me the ticket! Over there!” one enraged father shouted into my face, pointing over his shoulder towards a box office clerk who to me also looked three years too young to see the film in question. “He’s got his ticket, fair and square, let him in.” On this charade went until the mother — hoping for a reprieve on account of honesty deserves another reward — ‘fessed up that he was in fact 12. And the movie in question was a 15. The law, and my spirit, both broken, I steered them toward a manager. Ticket or not, the cinema can kick you out whenever it likes. Halfway through the movie? Doesn’t matter. Paying for Tintin then sneaking into Paranormal Activity 3 while you think no one sees will get you the boot. And potentially embarrass the crap out of you in front of your pre-teenie date.

This task was one of many responsibilities of an usher. Which I remained throughout the year, and discovered soon after that it’s the most coveted low-level position. I suspect it’s because the role is afforded more freedom. You’re not tied to one spot like the box office team or the concessions booth in the middle of the lobby.

I can tell you’re dying to know what else this illustrious job entails. Here’s the top three activities:

Cleaning. This never bothered me, as I, like many others, find cleaning cathartic. Wasn’t quite as keen on wiping down toilet stalls wherein the user had soiled every surface.

Popcorn popping. Believe the rumors; major multiplexes do this once a week. Usually a couple of employees are assigned the task and load up endless sacks with freshly-popped kernels that are then ferried back and forth from the concessions booth at the start and end of each day.

Marquee changing. Only did this once, as heights are not my forte. Those plastic see-thru letters are about the size of a human head. After carting them up a rickety ladder held together by rust and lichen I wasn’t keen to repeat the experience.

One of the most important — and most enjoyable — tasks associated with the gig is screen-checking. “Screen” where I worked referred to a specific theater within the complex, i.e. “Someone’s left a decapitated Barbie wrapped in a sweat-stained T-shirt in screen 1.” The basic gist of which is: make sure nothing untoward happens in each screen during the movie.

And this is where basic common sense broke down on a regular basis. The purpose of ushers busting open the doors and padding around the theater isn’t to disturb your viewing experience. I know it feels like that sometimes. They’re checking to ensure the film (digital and celluloid) is running correctly. On occasions when the projector would glitch and half of the print was broadcast on the wall, I’d be amazed to find people still sat in their seats. Not everyone is comfortable complaining.

Disturbances are second. Gone are the days when people making too much noise, whether it be loudly responding to everything happening onscreen or drunken jeering, was the sole culprit. Cell phones are the biggest problem, and not just talking or texting. Once a day I’d approach a customer tapping away on their huge smart phone, blissfully unaware of the intrusive white light blasting out of their device. “Oh, it’s okay,” they’d whisper conspiratorially, “I’ve got it on silent” before I had to point out how everyone in the theater was awash with the residual light from their lunch on Instagram.

Screen checking is followed by screen cleaning. It’s a simple task that’s got to be accomplished in a short space of time so customers for the next showing can be seated. After all the prophylactics, ends of spliffs, and empty vodka bottles I’ve trashed, the worst discovery I made was down in a screen where Tangled had been showing.

A woman, who I presume was the mother, and her two kids were the only ones in there, leading me to presume that the piss-sodden shoes belonged to one of said children along with the shit-filled diaper. Left brown side down on the floor. The strangest part of the whole thing? The shoes stayed in the usher’s lost and found cupboard for over a week.

After years of frequenting the cinema near to my home and wondering if it really would be as cool a job as it looked, I realized near the end of my year’s employ that the answer was a noncommittal “sorta.”

The people I worked with I liked, for the most part. A lot were teenagers — while I was 29 — who operated in an air of malaise towards everything, reacting to managers with an entitled outrage borrowed from too much reality TV. As for my superiors the hierarchical system in place meant we lowly grunts had to call our bosses by their titles: Don’t look now but Miss Cromford’s giving Simon a bollocking for not cleaning Big Buck Hunter properly. Oh yeah, we had arcade games lining the lobby, too.

A deep, rich mythology ingrained into the place about an apparent ghost sparked a lot of curiosity among staff. Everyone knew screen 11 — not the long, cavernous corridors of the projectionist’s booth — was haunted by the spectre of an old man. I never spotted the old fellow. I saw something better.

As I try to pry a particularly stubborn piece of candy from the floor of screen 1 I hear a sound. Shhhhhh. One of the heavy fire doors at the back of the theater opens. A second later someone shouts my name. I look up to find myself alone. I return to the candy and hear the door close shut. I find my fellow ushers, all of whom are having a laugh and a joke at the concessions stand. No one’s cleaning but me.

I shake it off. My shift ends around 11 p.m. and I head upstairs to clock out. As I approach the doorway someone walks by on the opposite side. Their green uniform and gold name badge visible through the window pane. Odd. Our outfit is blue. Our name badges, black. After making my way through the offices and grabbing my bag, I find that I’m completely alone. Everyone is downstairs on the lobby floor.

It was only later, when I tell my dad, that he fills me in on the cinema’s backstory. The site where it stands once housed army barracks that were in operation during both world wars. Apparently, the penny dropped for him when I described the figure: the outfit matched the fatigues worn by regiment officers positioned there in wartime.

But that’s not the maddest part. “Your great-grandfather Thomas,” he tells me, “was stationed at those barracks.” Did I believe it? Could it be possible? I don’t know. All of sudden that year of disgruntled customers, diaper litter, and minimum wage paychecks seemed almost worth it, for an unorthodox family reunion.