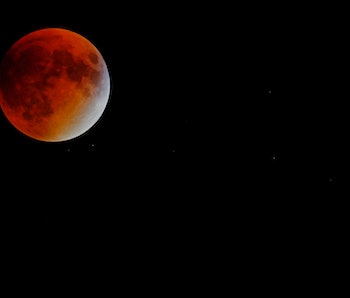 Well, we’ve discovered liquid water on Mars. What are the odds of that? Years ago it was probably somewhere around one-in-a-thousand, but because of the ingenuity of the relentless folks at NASA, those odds have shrunk to 1:1. Sometimes you gotta bet the longshot. Here are a few more numbers that could make the skeptics take notice.

In 1965, Dr. Gordon Moore, a founder of the Intel Corporation, anticipated the rise of technology with Moore’s law. He foresaw the rate of scaling, the rate at which computer technology becomes smaller while its components become faster, cheaper, and more efficient. Specifically, Moore said the number of transistors on a computer chip would double each year, facilitating the growth and power of computers. The prediction that computer chips would progressively do more and cost less has held true for nearly half a century, an amazing forecast in any field, let alone silicon-based computing. But insiders are predicting that technology may be bumping against the physical edges of Moore’s law. The relative strength and longevity of current technological breakthroughs has plateaued. First slowing in the mid-’90s to two-year gaps, the rate at which tiny transistors compute isn’t accelerating. Soon, too, they’ll have to be so small they’re just a few molecules, perhaps not even effective. And they’re not getting cheaper. Moore saw the future 50 years ago, but we may soon need a different rubric for predicting progress.

Over/under on how long it will take for Moore’s law to be obsolete: 10 years

The recent revelation that Volkswagen cheated on U.S. emissions tests of its diesel-powered vehicles has clobbered the car industry. The CEO, Martin Winterkorn, was deposed. VW stock plunged, taking down nearly a quarter of the company’s market cap. The company set aside $7 billion to fix the recalled cars, and could face $18 billion more in fines. As of September 28, VW shares were down 40 percent, a grievous wound for the German carmaker. Analysts say the short term outlook is grim, but similar recall problems by GM earlier this year and Toyota in 2009 could show how it’ll just take time for VW to turn itself around.

Over/under on how many years it will take VW stock to return to its pre-scandal prices: 2 years

It’s safe to say the U.S. of A is pro-Pope Francis. If a Pope makes a prog-rock album and decides to grab some lunch with the homeless instead of members of Congress, he’s definitely good in our book. But who’s next? Sure we’d like some progressive real talk from Francis (a.k.a. Frank, a.k.a. Jorge Mario Bergoglio) for many years to come, but just like us plebes the Holy Father will also shuffle off this mortal coil someday. It looks like the odds-on favorite to get to take a spin in the Pope Mobile next is Cardinal Luis Antonio Tagle, the so-called “Asian Francis,” from the Philippines. Apparently he’s big into broadening the social agenda of the Pope, so if he does get the gig he’ll be the perfect guy to get the baton from the Pope of the people himself: Francis.

Odds that Cardinal Luis Antonio Tagle will be the next Pope: 5 to 1

4. The Next Tech Destination Will Be India

For years the biggest areas of growth for internet companies has been China, China, and China some more. Now, companies like Facebook, Google, and Twitter are looking a little bit farther west for what’s next. India is now projected to be the new big tech frontier, guided by Indian prime minister Narendra Modi. His recent trip to the United States included a visit with President Obama, but also a stop in Silicon Valley. There he met with Satya Nadella of Microsoft and Sundar Pichai of Google, both sons of India at the forefront of some of the biggest tech companies in the world. Modi was there to maybe woo them and their companies back home for business. The prime minister also seems to be making tech a talking point if not a personal one. He posts to Twitter and Facebook regularly. This is all to say that India is an untapped resource ready for a huge injection of tech. The country is second in Google searches and Facebook users only to the United States, and has a population willing to enter into the internet culture of the 21st century. Companies are more than willing to oblige by sending tutors to teach remote areas how to use the internet and by setting up deals to beef up local Wi-Fi networks. Also, it has 1.25 billion people. It’s only a matter of time before India is the next tech powerhouse.

Over/Under on the amount of time it will take for India to overtake China in tech growth: 5 years

Did you catch the harbinger of the apocalypse on Sunday? Folks on the East Coast would have seen a sight between 10:00 and 11:00 p.m. no one has seen for more than 30 years. Yes, the supermoon wooed us with its rusty lunar eclipse that happens when the Earth casts its shadow on the moon. At the perigee of its orbit, the moon was 18,000 miles closer to us down here on Earth than usual, making it appear 30 percent bigger. It was also 30 percent brighter than normal. If you missed it don’t worry. Just wait until 2033. Here’s hoping the weather is nice then, too.

Years until the next supermoon: 18