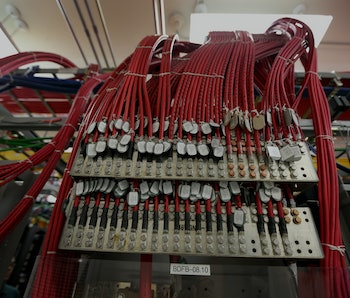 North America just hit an internet milestone: There are no more IPv4 addresses. Currently the prevalent variety of Internet Protocol address, IPv4s are basically the numerical signatures for devices. And the American Registry for internet Numbers has announced that’s run out of 32-bit addresses to give to people, organizations, and internet service providers. This sounds like reason to panic, but absolutely isn’t. It’s simply time to make a change.

The reason this is not a cause of concern is that it’s not a surprise and there’s a solution — IPv6 — waiting in the wings. The difference is that IPv4 was 32-bit and there was an eventual cap of 4,294,967,296 internet addresses that could be provided, which has just been hit. But IPv6 is believed to provide enough number of IP addresses that there won’t be any need for concern over a shortage.

The reason that there needs to be such a dramatic jump in the number of IP addresses in the near and distant future is that’s where IPv4 was oriented toward computers, phones, tablets, cars, TVs, watches, and fridges may now need them. The internet of things complicates the system.

There is reason to celebrate or at least take a moment to reflect back on where we’ve come so far in terms of the internet. Back when IPv4 addresses were new, the idea of an internet beyond computers was sci-fi. No longer. This is a good transition to make and hopefully the last one we’ll have to make — on the IP front anyway — for a while.