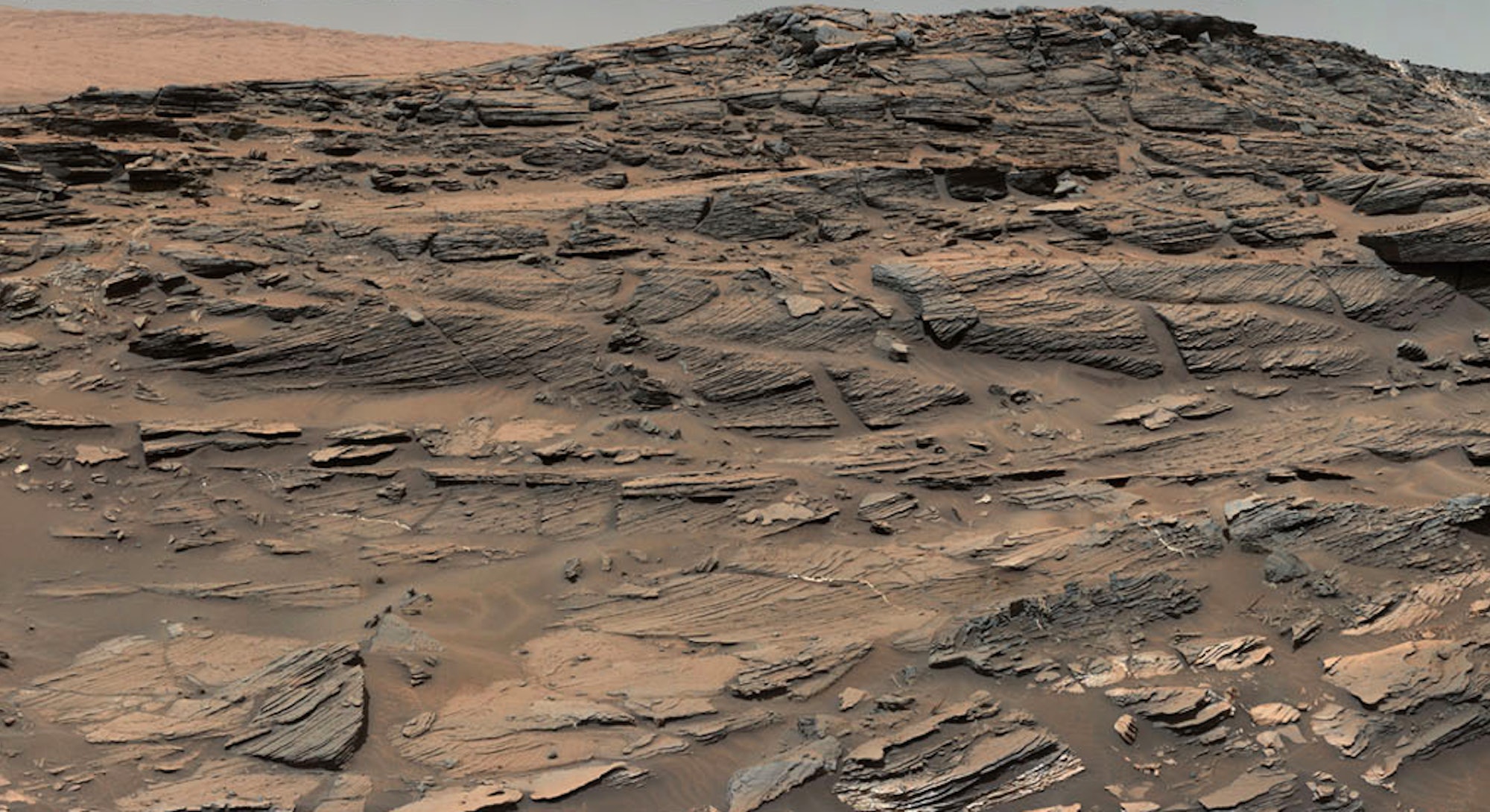 A mystery announcement from NASA is coming Monday, which will (we think) publicize the confirmation of flowing water on the surface of Mars.

It’s kind of a big deal that a massive ocean could be sitting there flowing under the red surface, mostly because where there’s water, there’s the potential for life. Here’s how we got to this point.

Ocean water is a particularly scarce commodity in our solar system. Our planet sits nicely in the so-called habitable zone, where the temperature and atmospheric pressure make the conditions just right for water to remain a liquid for an extended period of time. The only other celestial body among the eight planets in the solar system to show evidence of an ocean is some 390 million miles away on Jupiter’s icy moon, Europa:

We’ll have to wait until Monday to see if we can add Mars to that short list.

But it’s no mystery that the red planet has water in general. Observations from the Mariner 9 in 1971 and the Viking orbiter suggested that Mars may have had rivers and oceans early in its history, but its weak gravity and extremely thin atmosphere allowed evaporated water to gradually escape without falling back to the surface like it does on Earth. Eventually it became the red desert we know it as today.

The primary remaining water on the planet lies in Mars’ two-mile thick polar ice caps, which have been a staple of planetary science since they were first observed nearly four decades ago.

But evidence of water has — ahem — flooded from the five landers that have made it to Mars in the last 15 years:

Evidence of riverbeds and tributaries are there, now will we finally find out that Mars is hiding a secret ocean below its surface? Check back on Monday to find out if they hit pay dirt again.