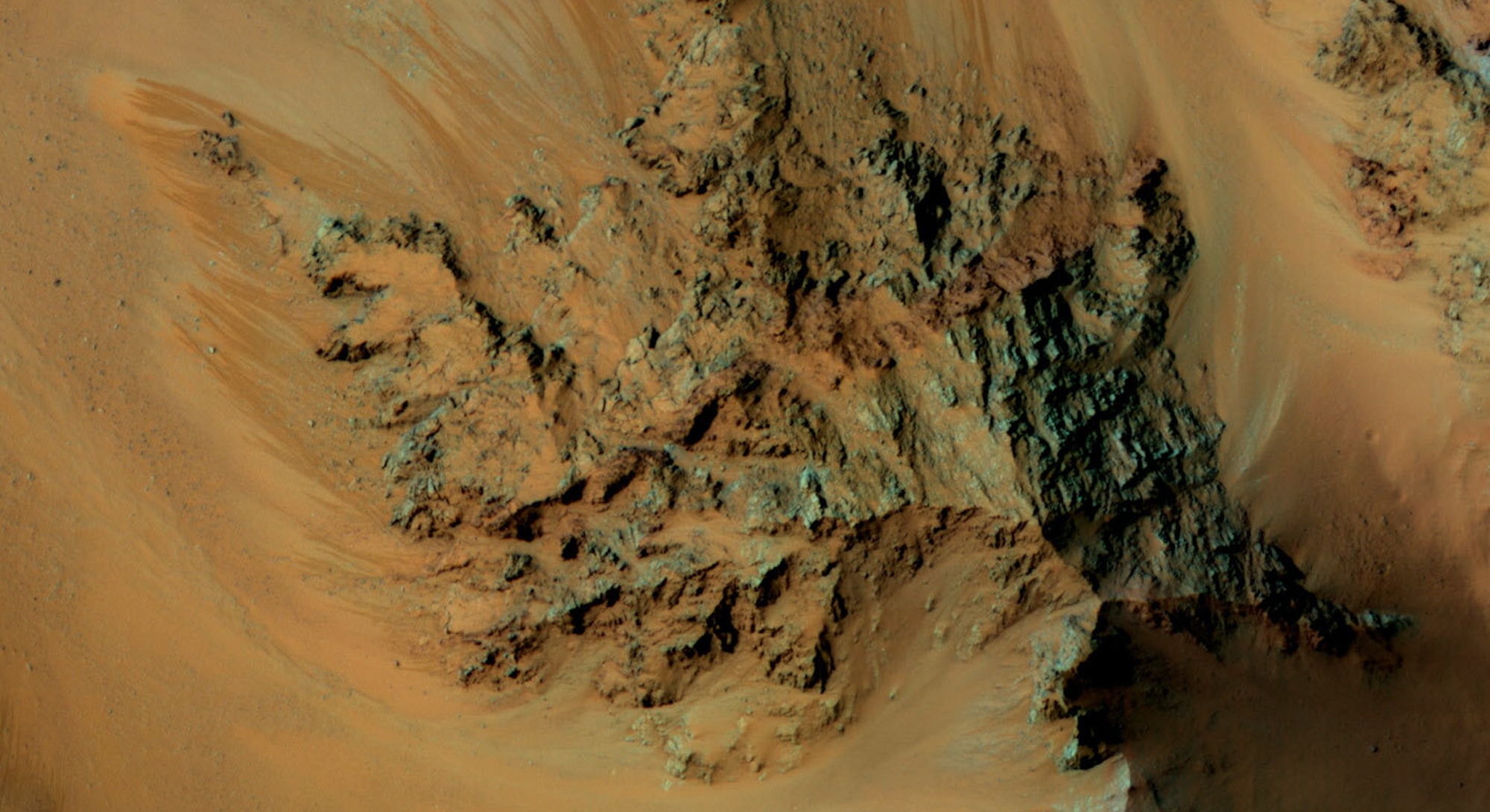 The agency won’t give too many details on what exactly the big reveal is, apart from the fact that the briefing will feature some pretty big names at the space agency (including Jim Green, director of planetary science at NASA HQ; Michael Meyer, the lead scientist for the Mars Exploration Program; Lujendra Ojha, a grad student at Georgia Tech; Mary Beth Wilhelm at NASA’s Ames Research Center, and a grad student at Georgia Tech as well; and Alfred McEwen at the University of Arizona in Tucson).

Nevertheless, there are some clues from the speakers and from the chatter over the web in the last few weeks that we can use to speculate what the big discovery might be.

First up, the odd person out at the news conference is Ojha, a Ph.D. candidate in planetary science at Georgia Tech. Why would NASA invite a grad student to speak at an announcement like this?

Back in 2011, Ojha sort of accidentally discovered “possible flows of saltwater on Mars.” Ojha was studying gullies on Mars that seemed to be indicative of past water activity and stumbled upon evidence of liquid, briny water that seemed to spring up in finger-like dark flows — known as “recurring slope lineae,” or RSL — on the surface of the planet during warm seasons.

That discovery was made while Ojha, as an undergrad at the University of Arizona, was conducting an independent project with McEwen. The pair, along with other collaborators, published a paper in Science detailing their findings. It caused a huge stir, and scientists went to work trying to confirm this.

Ojha continued to work on this after moving onto Georgia Tech to start his graduate studies, presumably in collaboration with Wilhelm. There’s a good chance the presence of both of them, plus McEwen, at Monday’s announcement means NASA will be revealing something big about the RSL sites.

What’s more, the RSL sites have been a hotly discussed topic in space research circles in the last few weeks. The Mars Reconnaissance Orbiter has taken images of RSL fading in cooler months but rising back up again in the same locations during warmer months. Over 200 scientists gathered at the second Mars 2020 Landing Site Workshop in Monrovia, California last month to discuss, among other things, what the RSL sites might be and how they needed to be studied in the future.

If the discovery is indeed liquid water, it could be that the source is underground — and that flowing water might exist under the surface of Mars.

And where there is water, there is the potential for life.

Is any of this true? Is NASA going to tell us there is a flowing river or planet-wide ocean sitting underneath all of that red rock? We’ll have to wait till Monday to confirm. Try not to nerdgasm everywhere.

See also: A Brief History of Water on Mars