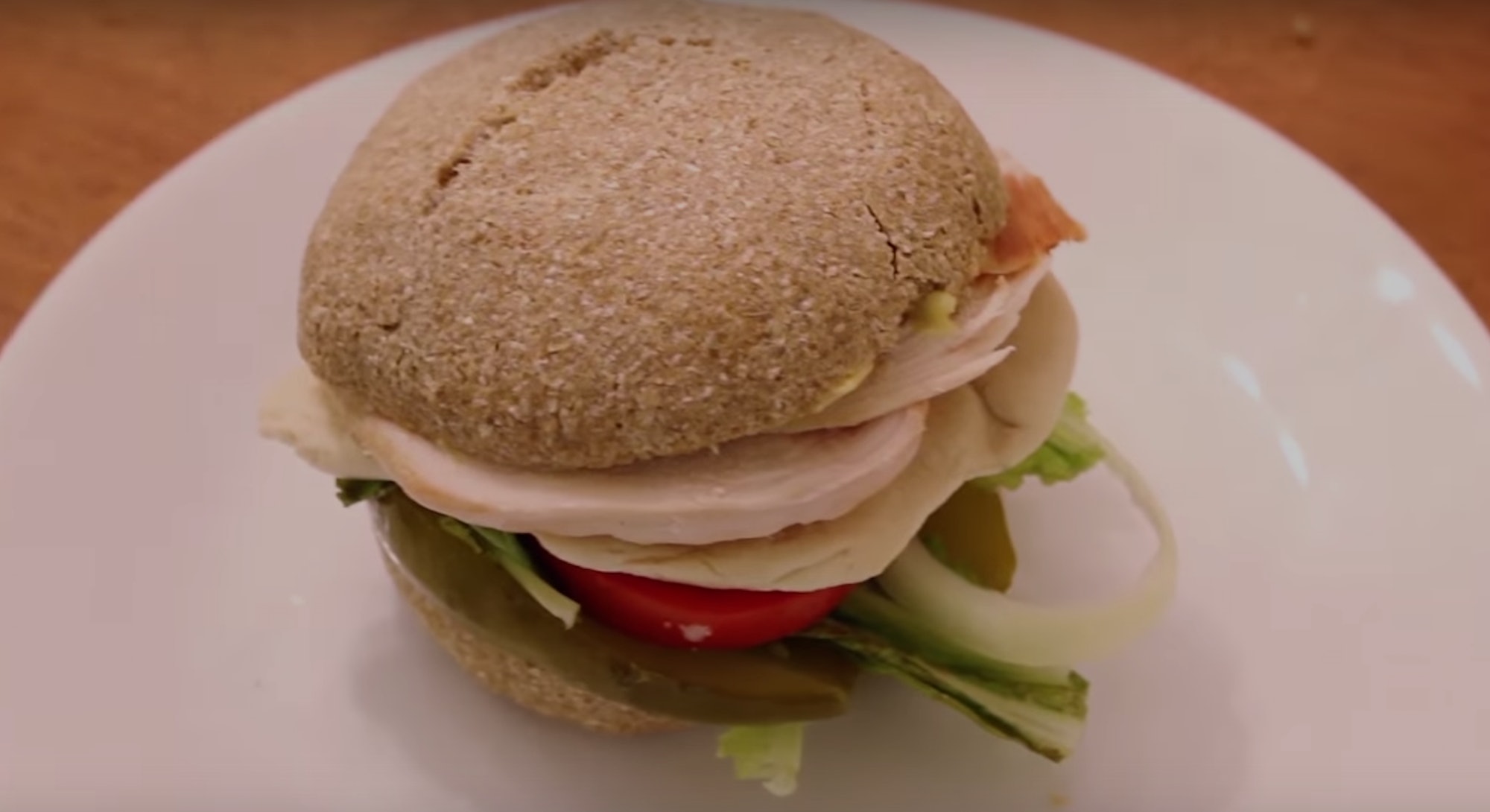 We take a lot of life’s simple luxuries for granted. Taking a shower means turning on a faucet, not wondering how the water travels from the ocean — or somewhere else — through pipes and is purified before cleaning you. It’s dizzying to trace the origins, so we just go about our lives and accept most of what’s become given.

Andy George wasn’t satisfied with life’s mysteries existing “just because,” so he started the YouTube series How to Make Everything to learn what goes into the things we take for granted.

Last week, he finally finished making a sandwich. George knows that it takes a few minutes to slap some meat and cheese on bread, but decided to spend six months of his life making the lunchtime favorite completely from scratch. He grew the vegetables, raised the wheat to bake the bread, killed a chicken, milked a cow for cheese, and more. It’s pretty remarkable.

He estimates the whole endeavor cost him $1,500, between travel, production, and the amount of time he put into it when he could’ve done literally anything else. The sandwich, it turns out, wasn’t great, or as George says, “not bad.” The video’s not bad either, racking up more than 1.6 million views.

We asked George about his eye-opening-experience-turned-viral-sensation.

Inverse: What do you do outside of the show? Do you have any culinary or agricultural experience?

Andy George: Professionally, I do post-production video work, mostly motion graphics. I’m a pretty avid cook, and it’s what led to me doing this project as I started doing more and more complex and “from scratch” meals. My agricultural experience before this was pretty limited, mostly involving a lot of dead plants.

Inverse: Which part of the sandwich was the hardest to make?

Andy George: Maintaining the garden had to be the most time-consuming, especially since it was at a community garden, so I had to drive to it every other day to maintain it. Salt was a challenge just because of my location in Minnesota. My original plan was to keep everything local to Minnesota, but I eventually realized I wouldn’t have any option but to travel to the ocean for the salt. Pressing the seeds to make oil was another major challenge. I underestimated how much pressure I needed to extract the oil, and had to scramble to build the makeshift press I ended up using.

Inverse: Why did you make the press for the seeds? You used microwaves, ovens, and even went offsite (to a dairy farm and an apiary) for other ingredients. Do you still use the press?

Andy George: The rules I placed on myself were that just the ingredients needed to be from scratch and from their natural source as possible, but not the actual tools I would use. However, when it came to pressing the seeds, I didn’t have an adequate tool that could apply enough pressure to them to make it work, despite trying everything I could think of. The proper tool for it costs a couple grand and would have needed to have been special ordered. Meanwhile I had very limited funds and a tight deadline, but I fortunately found directions online to construct a oil press with a car jack. With all the work I had to put into making it, I’d like to say I’ve found additional use from it, but I haven’t.

Inverse: And about that salt, you went to Los Angeles to extract it from ocean water. Airport security stopped you on your way back because, well, it looks like cocaine. What exactly happened at L.A. airport security?

Andy George: I was pretty worried what exactly would happen with security since my bag of white powder looked pretty suspicious. I left half my salt behind to be mailed to me in case it got confiscated going through security. At the airport when my bag went through the scanner, they stopped it, ran it through again, and then started digging through my bag. When they pulled the bag of salt out, my heart skipped a beat. I tried to explain that it was just sea salt. They had a guy come over and do a chemical test on powder. Fortunately, it passed and they allowed me to keep my salt and continue through. Overall, it went pretty quickly, although it certainly didn’t feel like it at the time.

Inverse: What were the best and worst tasting parts of the sandwich?

Andy George: My vegetables were easily the best and tasted much better then store bought ones. The chicken and bread were pretty decent, but I probably could have prepared them better. The pickles were good, but a bit soggy. The mayo and cheese were what tasted the most off and were the worst.

Inverse: Since the veggies were so tasty, have you maintained your garden? You grew over 200 cucumbers. You must have some pickles left over! What have you done with those?

Andy George: Having to commute to a community garden to care for it was a major pain when I did the sandwich, so I haven’t continued with the garden since then. I definitely have more than a few jars of pickles leftover. Overall, they were pretty good. However, since I had so many cucumbers to pickle, I experimented with some rather unique pickle recipes. Some of them like the cinnamon and ranch pickles have not been too popular.

Inverse: Apparently, the sandwich wasn’t great. Your family didn’t seem to love it in the tasting video. What do you think was so bad about it?

Andy George: I’ve seen a lot of people think it was the bread that threw it off, but besides being really dense, the bread was actually fairly good. It had to be the mayo and cheese that really threw the flavor off. The cheese was close in flavor to mozzarella, but had a texture closer to rubber. The mayo didn’t taste like any mayo I’ve had before, probably because it lacked a lot of extra spices and flavorings that are normally added. In the end, the best way I can describe it is that tasted like a sandwich, but just not a very great one.