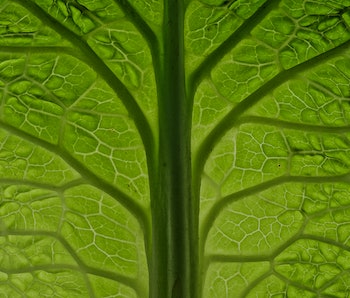 In a first, the European Space Agency (ESA) has announced it is using the power of photosynthesis to get plants to send signals to satellites. Dutch company Plant-e and Lacuna Space helped the agency create an “extremely low power device” that can send radio signals to satellites in low Earth orbit to share data on air humidity, soil moisture and temperature.

“Plants produce organic matter through photosynthesis, but only part of this matter is used for plant growth,” the ESA explains. “The rest is excreted into the soil through the plant’s roots. In the soil, bacteria around the roots break down this organic matter, releasing electrons as a waste product. The technology developed by Plant-e harvests these electrons to power small electrical devices.”

Rob Spurrett, chief executive and co-founder of Lacuna Space, said in a statement that this will help maintain hard to reach areas. He called it a “new era in sustainable satellite communications.”

Marjolein Helder, chief executive of Plant-e, said this shows the promise of plant electricity, and he hopes people will start to take this kind of technology seriously.

“This collaboration shows how effective plant-electricity already is at its current state of development,” Helder said.

Plant-e didn’t just suddenly come up with this idea. Researchers around the world have been working on ways to harvest the electrons that photosynthesis creates for years. Another method, developed in 2013, involves immobilizing thylakoids on a bed of carbon nanotubes to capture electrons. Thylakoids are compartments in a plant where the photosynthesis reaction occurs.

Plant-e owns a patent on its method for generating electricity from photosynthesis that was first developed in 2007 by Dutch researchers at Wageningen University.

With this method, one-square-meter of plant life is able to produce 28 kilowatt-hours per year. That’s not a ton of electricity, but it’s enough to send a signal. There are numerous ways this kind of technology could be used to help people communicate, monitor the environment and more.

As you can see in the above video from 2018, Plant-e was even able to put together the “first self-powered Christmas tree.” It appears their “sprout ‘n spark” device, which Plant-e sells for a hefty sum, was only able to light up one bulb for the tree, but it’s still pretty cool.

The video also shows Plant-e has developed a model for modular green rooftop power systems. These would take up just over 150 square feet of a rooftop and would produce enough electricity to charge your phone. That’s taking up a lot of space to charge your phone, but I’d imagine you’re not doing much with your rooftop anyway.

The plant-to-satellite communication technology will still need to be further developed before it can start being put to use, but it appears as if it will be a great way to help people monitor land in hard to reach areas and could possibly help people communicate in remote parts of the world.

More like this
Science
21 hours ago
7 Years Ago the World Agreed to Slow Down Climate Change — But a New Report Shows an Uneven Future
By Tara Yarlagadda
Science
Jan. 23, 2023
Elephants could be key to saving the planet — here’s why
By Tara Yarlagadda
Science
Jan. 19, 2023
Time-lapse shows shocking temperature changes between December and January
By Jennifer Walter
LEARN SOMETHING NEW EVERY DAY.
Related Tags
Share: