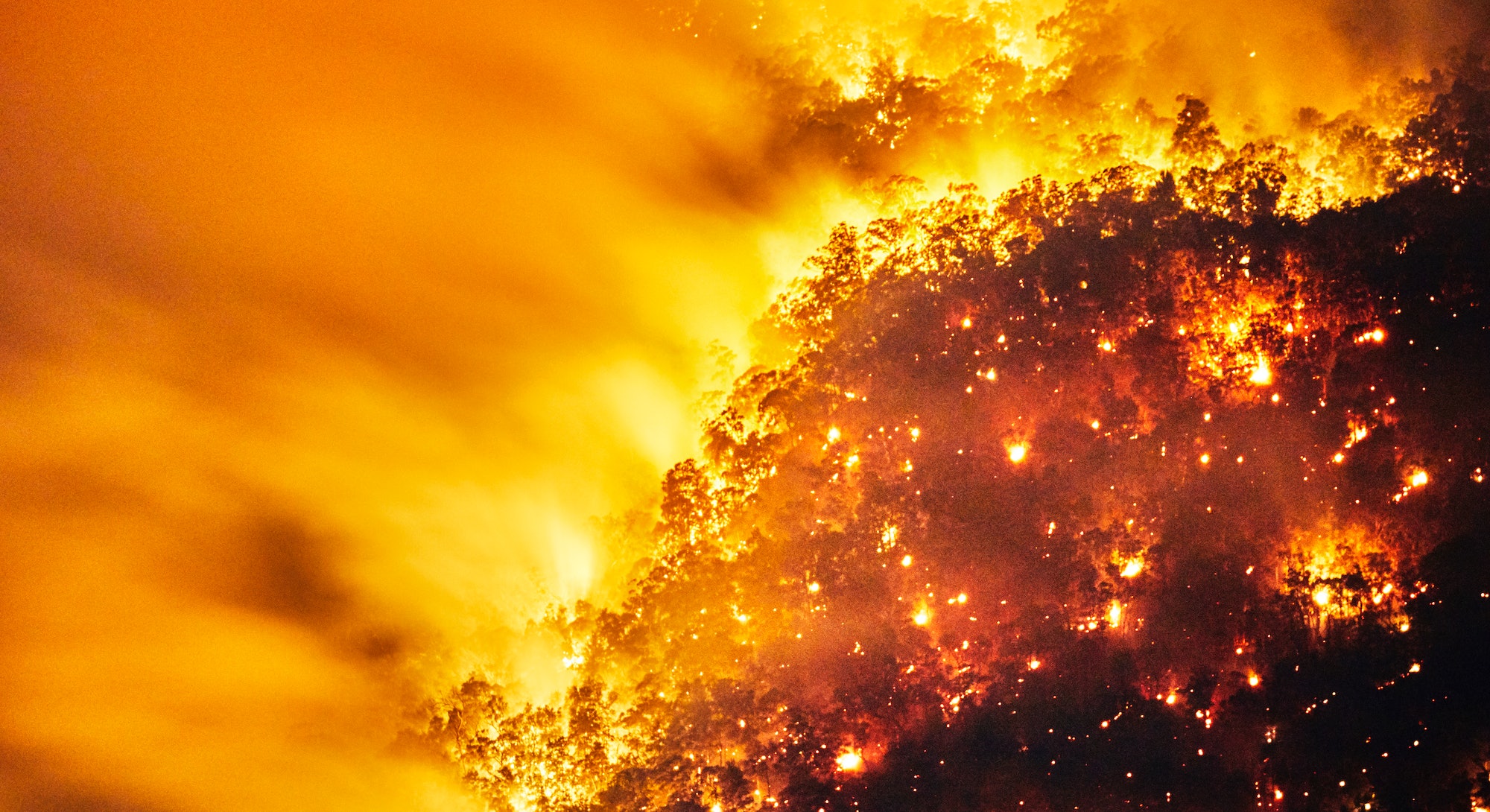 Mixed into the devastating images of burned koalas and scorched homes from the Australian wildfires are apocalyptic images of rare weather phenomena: orange haze over the North Island of New Zealand, monstrous pyrocumulonimbus fire clouds that vault into the atmosphere in New South Wales, and smoke snaking all the way to South America.

Though they may feel remote to you, the Australian bushfires have kicked off a cascade of weather events that may impact weather systems around the world, even your hometown.

One of the most striking weather phenomena are massive, explosive pyrocumulonimbus or “pyroCb” clouds. These clouds are created by the heat and smoke from wildfires, forming towering chimney-like structures that have the same violent characteristics of a thunderstorm.

These lightning-filled clouds are often seen after volcanic eruptions and have been seen in other large-scale wildfire events like the 2018 fire season in California. And similar to a chimney, they funnel smoke up into the Earth’s stratosphere with “lingering ill effects,” according to NASA. In 2018, climate scientists found pyroCb clouds can perturb the atmosphere at levels similar to volcanic eruptions, injecting smoke plumes that persist in the atmosphere for months after the fire cloud disappears.

Craig Clements, founder of the Fire Weather Research Lab at San Jose State University, said the rate of pyroCb clouds relating to the fires in Australia is unique. “This is probably the largest outbreak of pyrocumulonimbus on Earth,” Clements told MSN.

The clouds also drive other dangerous weather events like “ember attacks,” where burning twigs, branches, and other materials become airborne and rain down on the surrounding area, threatening the lives of people and animals caught in the blaze. Two Australian firefighters survived an ember attack when they were stuck in a flashover on Tuesday.

These powerful weather events cause acute damage but other fire-related weather can lead to widespread, sometimes delayed effects.

The Australia fires have produced a huge volume of carbon dioxide, aerosols, soot, fine particle pollution, and greenhouse gases — filling not only Southern Australia’s sky, but also parts of New Zealand and South America. These emissions are responsible for the strange glowing haze seen in recent days across New Zealand skies.

Scientists estimate that wildfires around the world are responsible for about five to ten percent of total CO2 emissions annually. These toxic gases have a complicated relationship with global temperatures. Some aerosols can have a temporary cooling effect by making the atmosphere more reflective and blocking sunlight, while other emissions, like black carbon, trap heat and lead to rises in atmospheric temperature, according to InsideClimate News.

The smoke from large-scale fires can move thousands of miles across the globe, spiking air pollution in distant lands. A 2018 study showed smoke from Canadian wildfires led to dangerous spikes in aerosol levels thousands of miles away in Europe — 20 times higher than those seen with the 1991 Pinatubo volcanic eruption.

At the same time, emissions from wildfires like those across Australian contribute to a widespread air pollution problem, which threatens the well-being of millions of people globally.

Research shows wind can also carry smoke up to alpine regions like the Arctic, Alaska, and Greenland, where soot may accelerate the melting of ice sheets and glaciers.

A weather shift Monday brought rain to Australia which dampened the fires and provided some relief to firefighting forces and evacuees, but experts warn hot, dry conditions predicted later this week will cause the fires to resurge.

International media coverage on this crisis has grown but some, like David Wallace-Wells, argue the world isn’t appropriately responding to the Australia fires by treating them as “as a scary, but not apocalyptic, local news story.”

The complicated ways megafires—like those blazing across Australia— influence global weather patterns means even if you currently live far from a forest or fire-prone area, your town may eventually become part of the growing areas likely to encounter wildfires.

Perhaps, the Australia fires are part of a larger problem resting on all of our backs, one of the long series of environmental tests to come, Wells says.