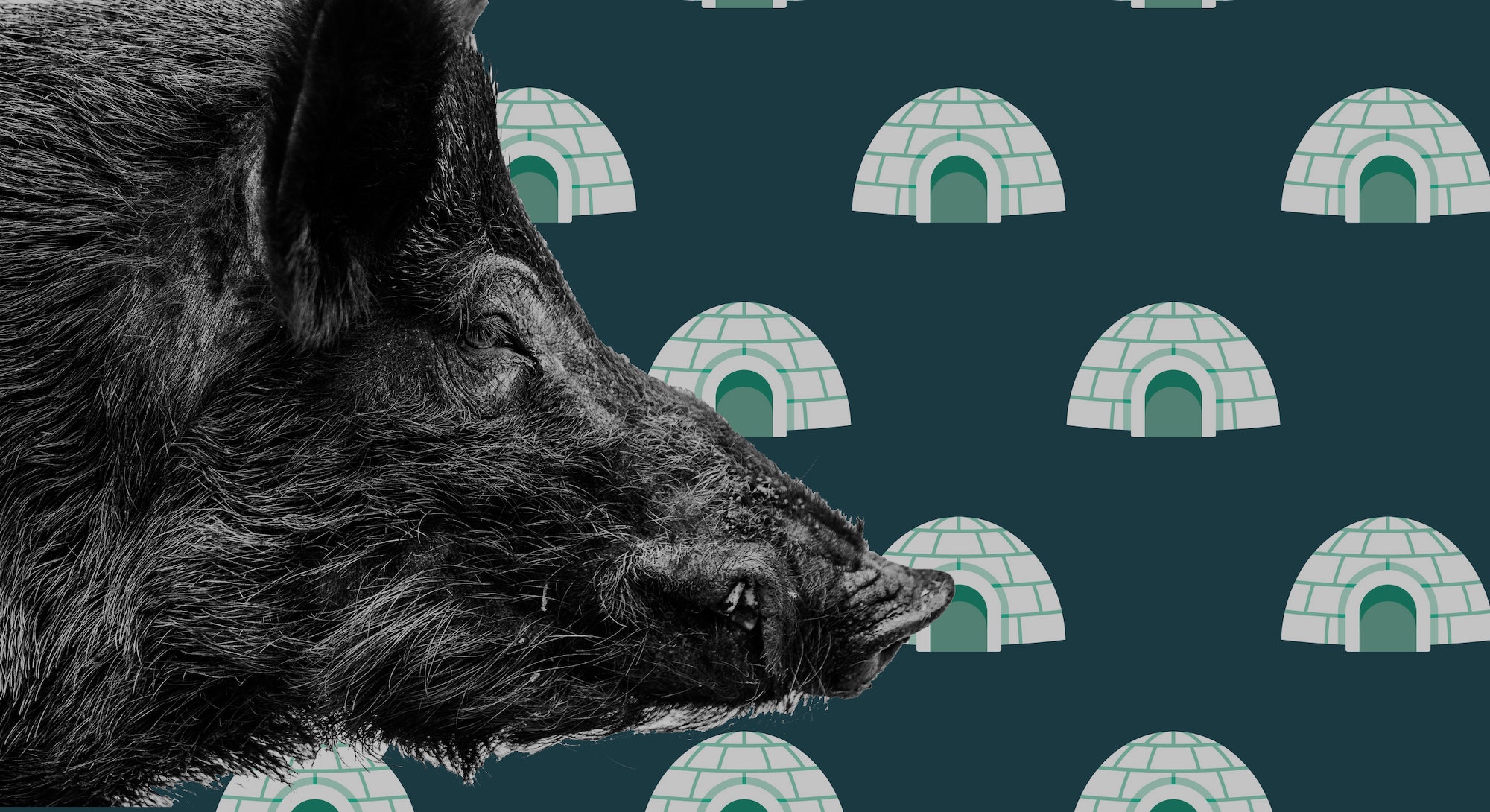 This summer the internet learned just how devastating 30-50 wild pigs can be as they ravaged in the southern United States. Now, folks in chilly climes may have to contend with those crafty, sturdy, and adaptable creatures, too. It turns out Canada and the northern US are great places for a feral pig to hang out, keep warm in a “pigloo” — and plan their next devastating move.

Wild pigs (or, if you’re aware of the meme, feral hogs) are a huge issue in the southern US, where they cause at least $1.5 billion in damage each year. Despite the arguments of some Twitter users assault rifles are, definitively, not the best way to control them (as Inverse previously reported). Instead, you’re better off using the same diversionary tactics used to control wild tigers to keep them at bay.

Northerners may need to begin prepping their own wild hog defenses. Wild pigs are expanding into the northern US and Canada. And they are taking to these colder climates better than scientists could have predicted.

Turns out the feral pigs have an uncanny ability to create “pigloos,” which are pretty much exactly what they sound like. These hideaways help keep them warm in the snow and ice, and protected from the elements. Pigloo is the technical term used by scientists to describe these structures, but they’re more like tunnels that have about one to two feet of snow on top, according to the New York Times.

Pigloos may be just one of wild pigs’ most valuable tools — ultimately helping them move into places that scientists once thought they could never thrive.

Wild pigs in the North

Unfortunately, photo evidence of a pigloo in the wild remains elusive. However, there is photo evidence of those wild pigs running freely in the Canadian wilderness, seemingly unfazed by the frigid temperatures and snow.

In reality, the pigloo is actually the latest example of these hogs’ most devastating ability. They’re insanely adaptable. Once they get somewhere, whether on their own leg power, surfing on the rising floodwaters of a hurricane or through illegal human intervention, they tend to thrive there.

Wild pigs can eat grass, invertebrates or carrion, if the opportunity presents itself. They weigh-in between 100 and 400 pounds, and have an average of about six piglets in a single litter. In colder climates, they grow thick bristly hair, and, of course, have learned to take shelter in their pigloos.

Because of that adaptability, feral pigs now have “largest global range of any nondomesticated terrestrial mammal on earth,” according to a May 2019 paper published in Scientific Reports. Northward expansion seems to be one of their newest frontiers.

The Scientific Reports paper found that 92 percent of the rapid wild-pig expansion in Canada has occurred in the prairie provinces of Alberta, Saskatchewan, and Manitoba. The authors note that prairie provinces have some of the coldest winters out of Canada’s ten providences — demonstrating that these pigs aren’t just surviving in Canada, they’re thriving.

The success of wild pigs in western Canada does highlight the capacity for wild pigs to thrive and expand in areas with long and extremely cold winters including some occurrences north of 55° north latitude,” the authors write.

Water may still be a factor, but cold, it appears, is not. Armed with their pigloos, the northern latitudes of the globe are feral hogs’ final frontier. At least the Canadian scientists seem to have a sense of humor about the whole thing. One, Ryan Brook, tweeted out this image to illustrate the problem: