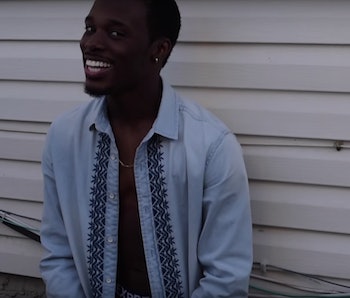 Viral success is one of the most fleeting types of fame. Just ask Nicholas Fraser, who over the last week saw his Vine “Why You Always Lying” become a full grown meme in zero time.

The clip borrowed the melody from Next’s 90s hit “Too Close” and became an instant reaction meme whenever someone was trying to sneak an untruth.

Today, Fraser released a full video for “Why You Always Lying.” The video extends the six second Vine into a four minute video that really starts to push his luck. Yet his charisma still shines though even if this gimmick runs a bit thin, so hopefully this won’t be the last time we see that inquiring grin.

More like this
Science
Jan. 26, 2023
Can this new artificial skin transform touch screens and video games?
By Joanna Thompson
Gaming
Jan. 30, 2023
Now’s the perfect time to play The Last of Us Part II
By Willa Rowe
Gaming
Jan. 25, 2023
5 years ago, the most heartfelt indie platformer changed video games forever
By Willa Rowe
LEARN SOMETHING NEW EVERY DAY.
Share: