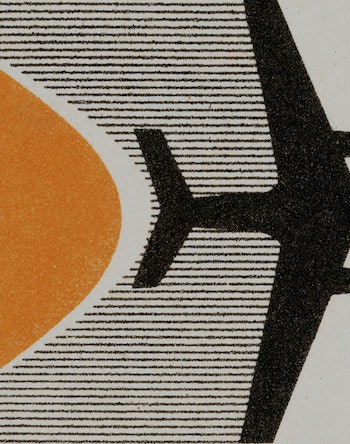 Early Tuesday morning, a Chilean military plane went missing mid-flight. It was en route from the southern city of Punta Arenas to a military base in Antarctica — but it doesn’t seem to have made it.

The C-130 Hercules aircraft, carrying 38 people, seemingly vanished into thin air over the infamous Drake Passage, a body of water between Cape Horn in South America and the South Shetland Islands in Antarctica, the Chilean military say. The plane is presumed to have crashed in the icy, turbulent waters of the passage, also called the Sea of Hoces.

While there’s no “ideal” place to crash a plane, the Drake Passage is a particularly treacherous part of the ocean to go down. The area contains some of the choppiest and deepest waters on the planet, with frigid temperatures that can induce cold shock and hypothermia within minutes.

Using four ships, thirteen planes, and three satellites, rescue teams are searching for the missing plane and its passengers, focused on the 60 miles near the plane’s last communication. But the Drake Passage presents hostile environmental challenges that could make finding it extremely difficult.

Drake Passage got its name from Elizabethan mariner, sea captain and explorer, Sir Francis Drake. Drake discovered the passage in 1578, even though he never sailed it. The first person on record to make the dangerous traverse was Dutch navigator, Willem Schouten, who sailed across it in 1616.

Until the opening of the Panama Canal in 1914, crossing the Drake was a necessary, and often life-threatening, undertaking. Before that, seamen navigated its perilous waters without a GPS or navigation system, and often ended up in cyclones or shipwrecks. Thousands of sailors died while making the voyage.

Modern-day forecasting and navigation systems, as well as improved boat designs, now make crossing the Drake Passage quite safe. When the sea is calm, sailors call it “Drake Lake”, but on bumpy days, you may feel the “Drake Shake.” And if you wish to visit the Antarctic peninsula by ship, you have to take the Passage.

The Drake Passage is both vast and deep. It is about 500 miles wide and, at its deepest point 15,000 feet deep. Ben Wallis, a polar sailor who crosses the stretch every year, has said that the trip is gnarly and fear-inducing, at times.

“It’s the tiny little gap where the whole of the Southern Ocean gets squeezed between the Andes and the Antarctic Peninsula and at times, it’s just horrendous,” he told Red Bull in 2016 interview.

Human beings aren’t built to withstand such cold water. In less than a minute of cold-water immersion, humans can suffer cold-water shock, an immediate loss of breathing control which skyrockets the person’s risk of drowning. Any longer and people often develop hypothermia, a condition where the body loses heat faster than it can produce it. Hypothermia can cause violent shivering, unconsciousness, or cardiac arrest.

The world’s largest ocean current, the Antarctic Cirumpolar Current, which stretches over 12,000 miles, also flows west to east through the Drake Passage. The extreme temperature variability and the powerful current contribute to frequent and severe storms, huge waves, and challenging sea conditions.

The ocean floor of the Drake Passage also varies wildly, from sand and clay to ice-materials that have drifted from the Antarctic. The unstable seafloor and fast-moving water could make locating the fallen plane more difficult than in a calmer sea.

But science is on the side of the search and rescue crews. The Drake is one of the most extensively studied parts of the Southern ocean. This extensive mapping may enable search crews to pinpoint exactly where the plane crashed.

All these environmental factors compound the already complicated search for fallen planes. Hopefully, the rescue team will find C-130 Hercules, and its passengers soon.