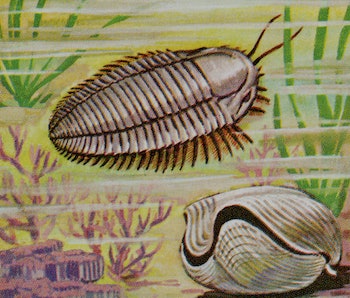 Scientists have turned to an unusual mentor to learn how to better design the next generation of armor: marine mollusks.

While humans have done a pretty good job historically of designing strong armor and defenses to protect us from attack, we haven’t done a great job designing protections that are also flexible. One can imagine that a medieval knight, for example, was probably not an elegant dancer. Duality of function, however, is something at which marine mollusks, formally known as chtiton, excel.

In a new study published Tuesday in the journal Nature Communications, researchers studied the properties of these mollusk’s scales in order to better understand their dynamics and how such an approach may be transferable to human tech as well. They discovered that their unique geometry, which is composed off different interlocking layers of scales, enables the mollusk to have different levels of protection depending on how they react to stimuli. For example, when in contact with a force (such as a threat) the scales converge into a single, strong plate. But when not in contact with a force the scales can freely move on top of one another for easier mobility.

Ling Li](http://www.me.vt.edu/people/faculty/ling-li/), assistant professor of mechanical engineering at Virginia Tech and a lead author on the paper, said in a statement that this level of flexibility is unique even among similarly shelled animals.

“Most mollusks have a single rigid shell, such as the abalone, or two shells, such as clams,” said Li. “But the chiton has eight mineralized plates covering the top of the creature and around its base it has a girdle of very small scales assembled like fish scales, that provide flexibility as well as protection.”

To better understand these scales the team studied their biological and mechanical properties and then designed a model that could be 3D printed using multiple materials.

“We produced the chiton scale-inspired scale assembly directly with 3D multi-material printing, which consists of very rigid scales on top of a flexible substrate,” said Li.

The team used this printing methodology to design a more 2019-relevant kind of armor: knee pads.

In the testing phase, team members tested these knee pads’ similarity to mollusk scales in dangerous scenarios such as kneeling on broken glass. While the material component of these 3D printed knee pads didn’t necessarily match that of the biological mollusk scales, the team did find similar success in their protective abilities.

Going forward, Li said, they hope to focus on how different variants of this protection would be needed for different parts of the human body. For example, with the mollusks the team observed smaller scales around areas that would need more flexibility and larger scales in areas that might need more protection. In a human model, this might look something like small scales around joints and larger scales for a chest plate.

“[O]ur next step is to expand the space so we can design tailored armor for different body locations,” said Li. “The flexibility vs. protection needs of the chest, for example, will be different than for the elbow or knee, so we would need to design the scale assembly accordingly in terms of scale geometry, size, orientation, etc.”

When looking to transfer these biological principals to humans, the study notes that it can also turn to certain armors of the past as well, particularly ancient Samurai and Scythian armor which itself used a rudimentary segmented approach. By borrowing from both the past and from nature, researchers hope to design a whole new generation of protective armor.

Man-made armors often rely on rigid structures for mechanical protection, which typically results in a trade-off with flexibility and maneuverability. Chitons, a group of marine mollusks, evolved scaled armors that address similar challenges. Many chiton species possess hundreds of small, mineralized scales arrayed on the soft girdle that surrounds their overlapping shell plates. Ensuring both flexibility for locomotion and protection of the underlying soft body, the scaled girdle is an excellent model for multifunctional armor design. Here we conduct a systematic study of the material composition, nanomechanical properties, three dimensional geometry, and interspecific structural diversity of chiton girdle scales. Moreover, inspired by the tessellated organization of chiton scales, we fabricate a synthetic flexible scaled armor analogue using parametric computational modeling and multi-material 3D printing. This approach allows us to conduct a quantitative evaluation of our chiton-inspired armor to assess its orientation-dependent flexibility and protection capabilities.

More like this
Science
8.11.2022 5:00 PM
Look: A deep-sea expedition just captured these incredible views of life underwater
By Jennifer Walter
Innovation
8.9.2022 11:00 AM
This self-healing material could fix your dinged-up car in 30 minutes
By Molly Glick
Innovation
8.1.2022 9:00 PM
This mind-bending material could turn us into chameleons
By Molly Glick
Related Tags
Share: