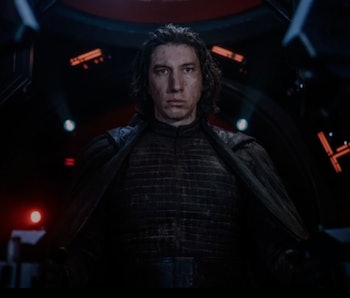 Star Wars: The Rise of Skywalker is fast approaching, and that means more leaks and information about the final installment of the trilogy are coming out. The latest fascinating detail to emerge reveals a potential Kylo Ren twist on an emotional, instantly recognizable moment from The Empire Strikes Back, one which was part of an earlier leak about the movie’s plot.

Potential spoilers ahead for Star Wars: The Rise of Skywalker.

While Episode IX is poised to bring back Force ghosts — Luke, Anakin, and maybe even Yoda — Han Solo likely won’t be among them, given that he never demonstrated an ability to use the Force. However, that doesn’t mean that he wouldn’t be able to return to speak to his son one last time. A previous spoiler post from Star Wars leaker JediPaxis suggested that Kylo’s redemption would be sparked by a visit from dear old dad. Now, Making Star Wars editor Jason Ward provides more details surrounding Han’s return and hints at a direct parallel to the iconic confession scene between Han and Leia from Empire Strikes Back.

In Empire, as Han’s about to be frozen in carbonite, when Leia tells him that she loves him. Instead of responding with a predictable “I love you, too,” he smirks and says, “I know.” According to Ward, Kylo will have a fateful vision of Han in Rise of Skywalker that echoes this moment: “The father he murdered appears to him. His father, Han Solo forgives Ben for his actions and encourages him to be the man he really is.” At the end of this vision, Ben allegedly starts to say “I love you,” but Han cuts him off before he can finish, responding “I know.”

According to MSW, this vision of Han takes place immediately after Kylo and Rey duel. She defeats him and he’s helpless, but he cannot bring himself to kill Rey, despite Emperor Palpatine ordering him to do so. Though it’s unclear exactly when this scene occurs in the film (Rey and Kylo seem to have multiple duels, judging from the trailers), Han offers his son a path back towards the Light side of the Force, just as he tried to do in The Force Awakens.

Ward concludes, “When Ben Solo’s vision of his father ends, Kylo Ren is dead and Ben Solo has returned. The good inside him is something he can no longer ignore. He loves his father.”

It all sounds very touching, though it’s somewhat difficult to imagine Kylo telling his father that he loves him, or that he can be convinced to relinquish leadership of the First Order. However, if Darth Vader can change sides and Emperor Palpatine can return to Episode IX, then anything’s possible.

The Rise of Skywalker comes to theaters December 20.