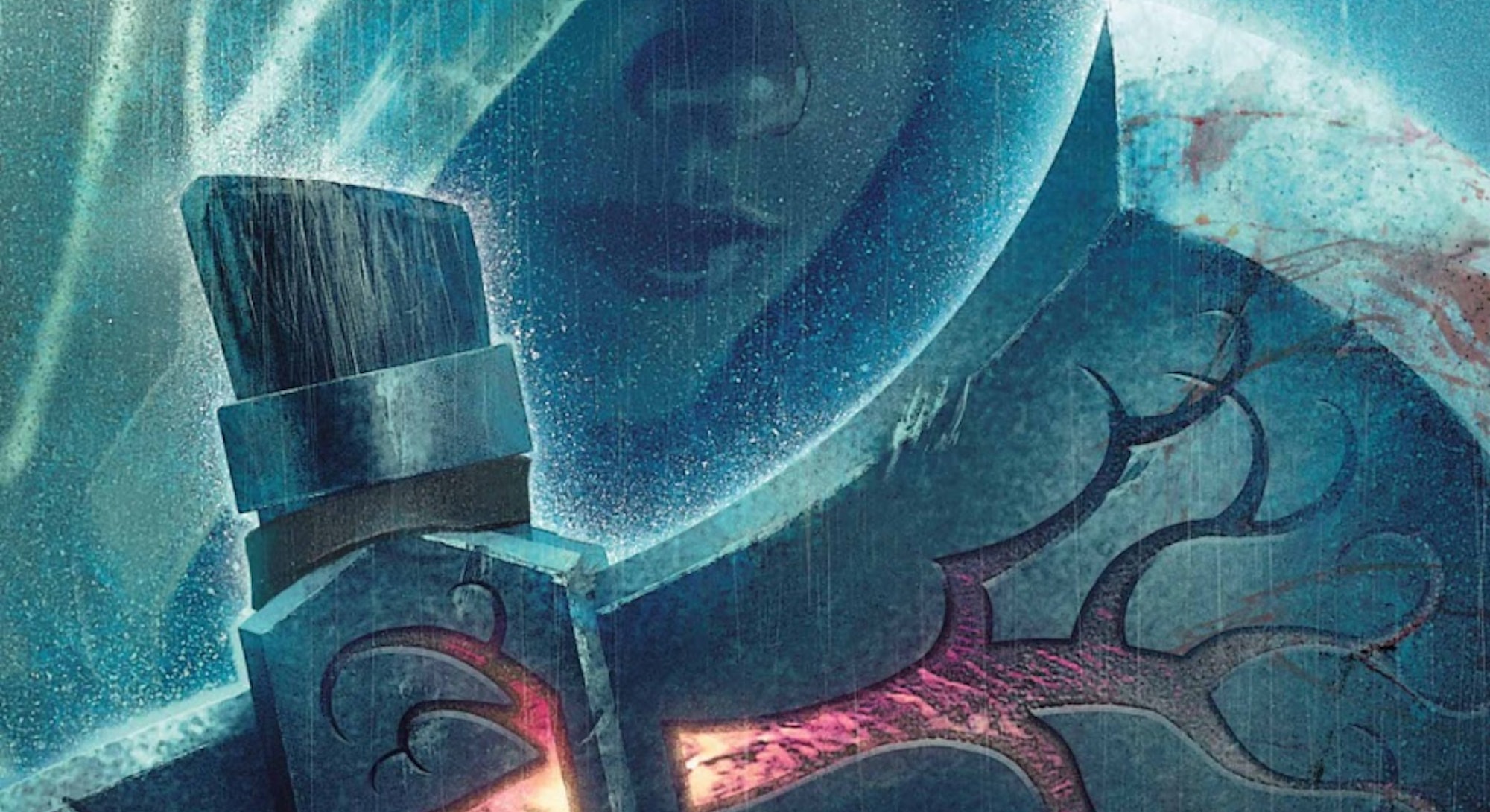 When you grow up in the New England household of horror master Stephen King, your literary inclinations naturally lean toward the shadowy realms of the macabre, as well they should. King’s prolific son, Joe Hill (Horns, NOS4A2), is currently enjoying a wild rush of success as the TV adaptation of his and Gabriel Rodriguez’s award-winning Locke & Key comic series bolts onto Netflix in 2020. Also, his In The Tall Grass horror novella, co-written with his infamous father, was recently transformed into a jarring feature directed by Cube’s Vincenzo Natali now playing on the same streaming service.

Hill’s latest endeavor is Hill House Comics, a curated, horror-themed imprint for DC Black Label inspired by the Bronze Age horror titles from DC and Marvel that flooded comic racks in the late ‘60s when Comics Code restrictions were loosened. This bold venture is comprised of five separate miniseries providing shocking, old-fashioned tales of terror in all their unbelievable iterations.

The first series out of the creaking gates is Basketful of Heads (October 30), written by Hill and adorned with unsettling art by Italian illustrator Leomacs colored by Dave Stewart. It chronicles the harrowing story of June Branch, a resourceful young woman trying to save her boyfriend by fending off four escaped convicts with a magical 8th-century Viking axe capable of chopping off heads with one swing, leaving severed craniums capable of supernatural speech.

In an interview, Hill tells Inverse his inspiration for Basketful of Heads and its supernatural axe, how he crafted this 1980s survival horror story, connections to Spielberg’s Jaws, why Leomac’s artwork helps define the series’ sinister tone, and reveals his favorite Halloween movie.

After the chat, check out our exclusive preview of Basketful of Heads #1, showcasing an alarming cover by Reiko Murakami and variant from Joshua Middleton.

Inverse: Why did you choose to set Basketful of Heads in 1983 as pop culture is enjoying a renaissance of that innocent, pre-Internet period?

Joe Hill: Stranger Things has brought this kind of ‘80s nostalgia. But for me the decision to set it in the ‘80s was largely functional. It’s a thriller about a woman who’s on an island that’s normally connected to the mainland by a causeway. But at the height of a summer storm, the causeway is cut off by flooding and the power is out on the island and I wanted to make sure she couldn’t just pick up a cell phone for help. Also, there’s a mystery element to the story and cell phones cause complications with that.

Can you take us on a quick tour of the 7-issue miniseries’ plotline?

The story is about this woman, June Branch, who is spending the weekend with her boyfriend, Liam, who has been working as a summer cop on Brody Island. They’re housesitting and the house is attacked by four home invaders. June escapes and Liam doesn’t. What follows is a pretty tense thriller with her being hunted by the home invaders. And there’s the puzzle of what they want and what these guys are after. And that part is a pretty conventional mystery in the sense of there are red herrings, there are clues, and misdirections. And I do like that because I like stories that build up to some interesting revelations.

How did you arrive at the idea of the occult axe as June’s weapon of choice?

The comic is set in 1983 and I’ve been thinking about this story for nearly as long. June has one advantage. The house she’s been housesitting is full of Viking artifacts because the guy who owns it is a nut for his Viking heritage. To defend herself, she grabs an axe that turns out to have occult powers. You can take this axe and it will pass through a man’s neck at a single stroke. But after she beheads someone the decapitated head goes on speaking and thinking. The head remains alive.

It’s the job of the writer to get inside the head of people who are different than them. And this takes that notion and making it quite literal in a way. I also like the idea of the heads, each of them given their own version of events and creating this kind of grindhouse rationale where each beheaded character has a story to tell that doesn’t quite mash up to the other stories. So the reader is left to somewhat try to puzzle out what the true nature of things is.

“A good page is a pure sugar rush, and if I was getting any more sugar at this point, my heart would explode.”

Basketful of Heads has many allusions to Steven Spielberg’s Jaws. What inspired you to inject references to that classic film?

Well, its my favorite movie and I watch it every year. I’ve seen Jaws probably twenty-plus times in my life. So the island is Brody Island and there’s also another island connected to it called Little Brody. I think part of it comes from the fact that one of this story’s heroes is this summer cop and I learned at a young age watching Jaws that a lot of the beach towns do hire summer officers. Cops will work for two or three months, mostly directing traffic. What if you were a kid who was hired on to be a summer cop and then wound up stumbling into something really ugly. It’s a case where a little piece of New England summer life is providing an angle into a thriller.

How did you discover the artist Leomacs and how does his work match up perfectly with your horror tale?

That was a case where it’s really exciting to be able to work with DC on the Hill House imprint because they have a terrific network of amazing talent that they can tap into. I looked at something like half a dozen artists and there were a bunch of possible options. What drew me to Leomacs is that I could see he’d be able to draw great action, and his characterization was terrific. I saw some pages of his work that suggested that he understood gory humor, the sort of bloody humor you get in a movie like Evil Dead II. And in many ways Basketful of Heads is in that same space as something like Cabin in the Woods or Evil Dead II, where it’s definitely horror, but there’s a lot of laughter as well.

It’s one thing to be able to draw a beautiful expressive face, but he’s also good with hand gestures. At one point in the first issue, June has her feet up on the dash, and damn if he didn’t make those the most expressive feet in comics!

What’s been the most fun heading up your new Hill House imprint for DC Black Label?

When you’re writing a comic, the best part is when one of these amazing artists you’re working with like Leomacs, or Stuart Immonen, or Gabriel Rodriguez, they turn in a page and it’s everything you hope for and then some. With Hill House, now I get that, but instead of just getting it for my books, I’m getting it for four other books. So it’s like this ten-car pile-up of great art coming into my inbox every morning. It doesn’t get much more thrilling than that! A good page is a pure sugar rush, and if I was getting any more sugar at this point, my heart would explode.

Will you describe your idea of a perfect Halloween Night?

Halloween is the best holiday. It’s the one that hasn’t been ruined by over-commercialization. And it’s the holiday that celebrates make-believe so it’s my favorite holiday. I think the perfect thing to do is have a big bowl of buttery popcorn and Peanut M&Ms and watch What We Do In The Shadows with the lights turned down.