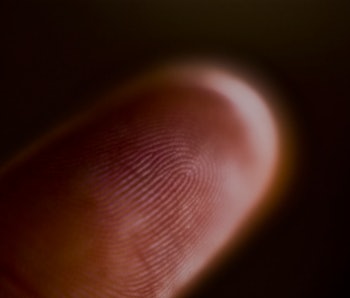 Like every snowflake ever made, every fingerprint etched onto a person’s skin is one-of-a-kind. Since the late 1800s, fingerprints have been used by authorities to identify individuals who may have been at the scene of a crime or other situation being investigated. And for over 100 years, all our fingerprints could do was say whether that was us or someone else.

That’s about to change.

Popular Mechanics reports that a new company is developing a fingerprinting technology that will be able to tell us much more than just whodunit. ArroGen Group, a forensic solutions company based in Greenville, North Carolina and New Castle, U.K., has developed a new fingerprinting process called Finger Molecular Identification (FMI) that allows someone to conduct additional chemical analysis of a fingerprint — as one might do with a sample of hair or skin — and determine biological characteristics of the print’s owners. This way, one can find out how old the person was that left the print; if they were a man or woman; what they ate that morning; whether they had just used drugs; and much, much more.

FMI basically uses a new kind of powder that contains microscopic particles that stick to amino acids and fatty acids inside fingerprint residue. Forensic analysts basically sprinkle the powder on a finger print at the crime scene, where the powder latches onto acids still sitting on the print. The analysts lift the powder sample off using tape, bring it back to the lab, run it through a mass spectrometer to determine the chemical composition, and presto — you have the information you need to find out so much more about your suspect than they ever thought you’d find out.

The FMI powder also has a greater sensitivity than conventional fingerprint materials, so you can see more subtle details in prints than ever before.

ArroGen says their method allows investigators to accurately analyze prints that are up to a month old, and they’re currently testing for the capability to process prints from as much as one year ago. If they’re successful, it may mean that cases that are already closed could be reopened if they’re is reasons to believe FMI might lead to new information. The ultimate goal is to supplant DNA analysis as the definitive forensic technique.

One of the biggest concerns, however, is about privacy. The police need enough tools to do their job, but do they really need to know what kind of soda someone drank that morning? The whole FMI process raises questions about probable cause and unlawful searches. Because this technology is so new, that discussion hasn’t even started.

More like this
Gear
Jan. 18, 2023
Google could make the AirTag alternative we really want
By Jackson Chen
Innovation
Jan. 16, 2023
3D-printed “organs” could lead to better drugs
By The Conversation and Chengpeng Chen
Mind and Body
Jan. 16, 2023
Research confirms a fact about the clitoris the Ancient Greeks understood
By The Conversation and Helen King
LEARN SOMETHING NEW EVERY DAY.
Related Tags
Share: