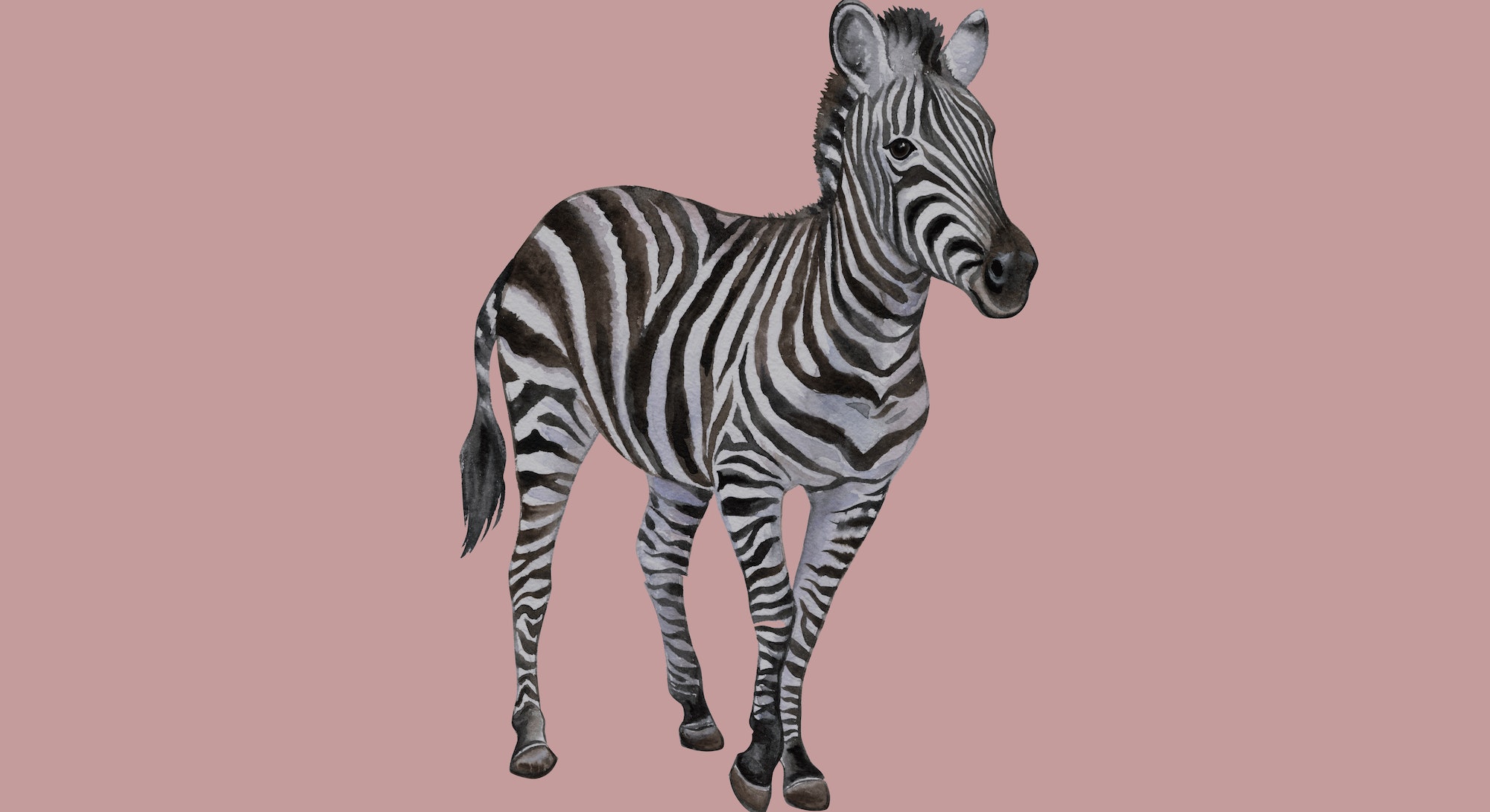 The term “cultivated meat” is industry’s preferred language for the admittedly unappetizing-sounding “lab-grown meat,” and it has the potential to actually change the world.

This lab-grown meat could reduce the various impacts of raising animals for slaughter, which is the second-largest source of global warming emissions, as well as save sentient beings from needless cruelty.

The technology behind cultivating meat involves taking stem cells from the muscle of a living animal, which are then fed a serum rich in nutrients. This causes the cells to proliferate and transform into muscle cells. That’s when lab technicians step in and encourage these multiplying cells to take shape and form fibers. The fibrous material is then placed in a vat, which provides the ideal conditions to stimulate growth. Eventually, the tissue grows to the point where it can be cooked and eaten.

Voila, you’ve got yourself a lab-grown hamburger.

The goal for many of the companies cultivating meat — including Memphis Meats, Mosa Meat, Just, and Finless Foods — is to offer viable substitutes for beef, pork, chicken and fish, the world’s most popular animal proteins.

For instance, you can visit the zoo and order up a taste of the zebra you just saw — without any ethical concerns.

Or, as George Peppou, co-founder of cultivated meat company VOW Foods, put it in a press release: “At the moment, we have only domesticated for food production less than 1 percent of what’s in nature, so there are many unlocked food secrets to explore in the other 99.6 percent,” he said.

Decoding life, to eat it

Peppou, whose company’s primary focus is cultivating kangaroo meat, further went on to describe VOW’s ambitions as building a cell library equivalent to “Noah’s Ark.” That’s the Biblical vessel built to shelter a select group of survivors along with a pair of every animal on Earth from an apocalyptic flood. Noah probably didn’t conceive of snacking on the zebra, however, lest he risk the species’ extinction.

“We believe that the key to bringing this technology to the world will be enabling more choice for consumers,” he tells Inverse. “Right now, the vast majority of meat consumed comes from just four or five animals. This is because we have developed the processes necessary to domesticate and process these particular animals on a mass scale. The question that we asked ourselves was: What are the odds that these animals contain the tastiest, most nutritionally rich food offerings?”

That’s a delectable, but difficult question to answer. We don’t even understand how and why chicken, beef and pork — rather than or in addition to horse, venison or rabbit — became the meats of choice for Americans. Our cultural preferences were cemented, however, once industries started to form around those proteins. But that may all change — if cultivated meat becomes just another option.

“Cellular agriculture and cultivated meat have rewritten the playbook, and suddenly, we can think about producing food with the same level of ease from any animal source,” Noakesmith says. “VOW is on a mission to source, understand, and then catalogue the best aspects of nature. So our physical library of cells and extensive database is like our modern Noah’s Ark, and is really the driving force behind the products we’ll bring to market.”

“Our physical library of cells and extensive database is like our modern Noah’s Ark, and is really the driving force behind the products we’ll bring to market.” — VOW Foods co-founder Tim Noakesmith.

But if companies such as VOW cultivate it (Noakesmith said VOW plans to have its kangaroo meat in high-end restaurants in 2021), will the eaters come? It may take some convincing.

For comparison, look at America’s adoption of sushi, which was first considered appalling before becoming accepted decades later, after a proliferation of sushi restaurants that initially served Japanese American customers and adventurous eaters. Another example is goat meat, which has become more prevalent over the years, as more immigrants who consumed it at home bring their culinary traditions here.

“We do eat some of the exotic meats anyway,” says Amy Bentley, a professor of food studies at New York University. “There’s restaurants that have ostrich, elk, and bison burgers. There are some other meats that aren’t far away from the ones we’re familiar with.”

Bentley says a path for cultivated meat will be as follows: Companies will roll out products that most consumers are familiar with — beef, chicken, and pork. The next wave will be cultivated meat from animals that are eaten in only some parts of the world (the kangaroo). The final segment will be meat that “some would find disgusting, including dog meat.”

“But the question is why?” she asks. “We have the strongest taboos around meat, as opposed to vegetables. Could [these exotic meats] conceivably be scaled to an affordable level? It seems unlikely, given the high levels of disgust that most non-consumed animals harbor.”

James Serpell, a professor of animal welfare and ethics at the University of Pennsylvania, holds a different perspective.

“Paradoxically, it may be easier to get people to eat lab-grown exotic flesh than lab-grown beef,” he said. “Lab-grown beef may not live up to the reality of real beef, where if it’s something people have no expectations of, they may just want to try it. It’s a very unpredictable scenario.

“It would take just one celebrity chef to say an exotic animal is delicious for everybody to want it.”

Serpell recalls that he once witnessed a butcher in Philadelphia selling lion meat to a customer. “There is a market for these meats,” he says.

Basically, the more adventurous among us will ignore cultural taboos and chow down. But according to Paul Shapiro, author of Clean Meat, most people will have no problem with the cultivated versions of their favorite meats.

“The consumer acceptance [of cultivated meat] is the least of the concerns,” he said. “Most people eat meat not because an animal was slaughtered for it, but in spite of it. Once a nutritious alternative exists, many people are going to be eager to consume it.”

But the reasons why there’s a long way to go before we can order cultivated bear or elephant off the menu has nothing to do with our preferences for certain animals.

“The cost has got to come down substantially,” Shapiro said. “The number of grams of cultivated meat that has ever been sold is zero. It’s more likely that someone will come up with plant-based kangaroo first.”

The distinction between plant-based meat and cultivated meat is important. The plant-based sector has seen massive growth, raking up $4.5 billion in sales over the 52 weeks ending in April. More than one in 10 milk purchases are now for plant-based varieties, and 2 percent of meat sales are for plant-based alternatives. Money is pouring into U.S.-focused plant-based food companies, with 229 investors betting a total of $17.1 billion on the sector, according to the Good Food Institute.

Meanwhile, cultivated meat has attracted a pittance, with only $73.3 million from investors globally. That reluctance from investors may be due to what’s keeping cultivated meat out of consumers’ mouths: there’s no infrastructure in place to produce cultivated meat affordably (due to the lack of investment, a real catch-22), and governments aren’t quite sure how to regulate it. In the U.S., cultivated meat is confusingly regulated by both the FDA and USDA (hence why companies are shooting for launches in other countries, specifically in Asia). So it stands to reason that cultivated meat companies are conservative in their approach, holding onto potential tiger steaks for a later time.

“We’ve been eating meat for thousands of years,” says Josh Tetrick, co-founder and CEO of Just, which primarily creates egg substitutes, but is working on cultivated meat. “In today’s society, it’s manifested as chicken, eggs, beef and pork. Being commonly eaten means cultures develop around it. Rituals develop around it. We’re trying to fit around that. [Cultivated meat is] already different enough.”

Tetrick laughs when asked about the potential to chomp down on T-rex meat, saying that while there may be an audience for it, it likely won’t happen until the latter stages of cultivated meats. Rather, his company’s approach to exotic meat is cultivating premium beef, like wagyu or Kobe, which costs $80 to $200 per pound.

“It tastes better and comes from farmers who understand how to raise great animals,” he said. “It’s not exactly Noah’s Ark, but if you can figure out how to get better quality meat at a lower cost, you should do that. It’s the same price to create wagyu beef as it is cheap beef. I imagine a world where my friends go to Piggly Wiggly and see conventional burgers for $2.99 and wagyu for $2.49.”

The first cultivated meat experiment was commissioned by NASA in the 2000s. It resulted in scientists taking goldfish cells that were later grown into fillets and fried (it went uneaten). Soon after, a scientist and his team grew steaks from frog cells.

“The genesis of this industry is in some of the most exotic types of meat consumption,” Shapiro says.

Eventually, lab-grown meat may return to its roots, and cultivated giraffe neck will be readily available. For now, we’ll have to settle for cheap wagyu beef becoming the new norm.

Stephen J. Bronner is a freelance writer and ghostwriter based in New York City. He writes mostly about food, technology, business and video games, and occasionally sci-fi and horror stories. Follow him on Twitter at @StephenJBronner.