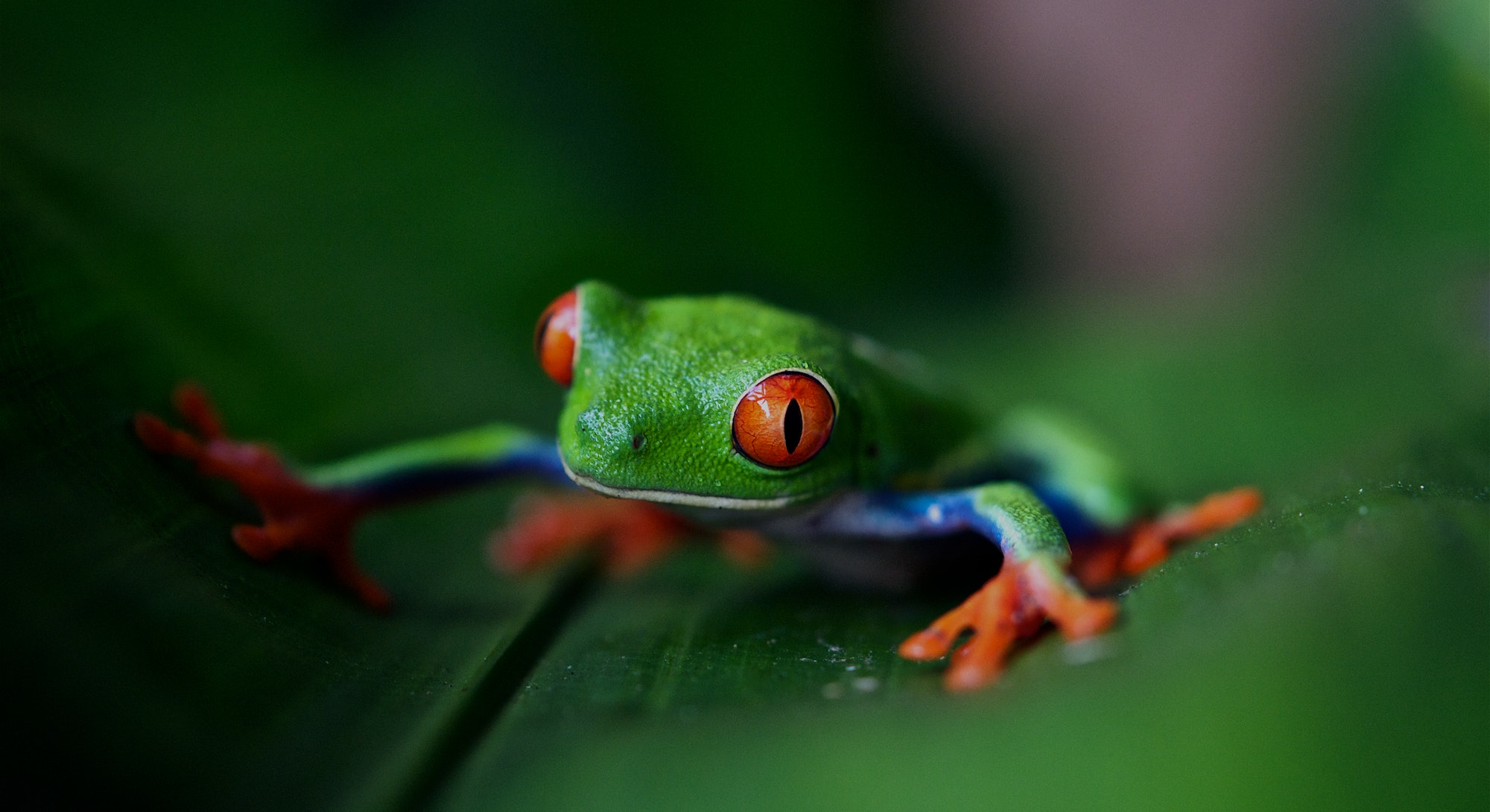 When Alison Davis Rabosky, Ph.D., and her team started swabbing frogs to look for evidence of a devastating disease, they didn’t expect to find much. They were wrong. In the lowlands of the Peruvian Amazon, a region long believed to be beyond the reach of the deadly fungus Batrachochytrium dendrobatidis — Bd for short — the researchers faced a startling reality.

The lowland rainforests of Peru, which scientists had thought were too warm for Bd to survive and reproduce, turned out to be a hotbed of infection. As scientists around the world race to get a handle on a global epidemic that’s already caused amphibian population declines and even some extinctions, this new research makes the picture even more complicated. The Amazon may not be disease-free, and instead, a ticking time bomb for a disease.

In a study published on Wednesday in the journal PLOS One, the team outlined evidence that Bd is widespread in the tropical rainforest. But perhaps most surprisingly, the fungus doesn’t seem to cause the gruesome disease, called chytridiomycosis, that’s infecting amphibians.

It might sound like a positive sign that the frogs aren’t dying from an infection that causes grisly deaths — with symptoms that include sloughed-off skin, lethargy, and a forced strange posture. But this could actually mean things are more serious than previous research had identified, explains Davis Rabosky, assistant professor of ecology and evolutionary biology at the University of Michigan and the senior author on the new paper.

“These findings are important because scientists have long assumed that this fungus only affected frogs at high elevation where the temperatures were cool enough for the fungus to live and reproduce, so conservation biologists thought they didn’t need to worry about fungus infecting frogs in the hot lowlands,” she tells Inverse.

“Now we know that these lowland frogs can harbor high levels of fungal infection without dying or even looking sick, which means they could serve as a large ‘disease reservoir’ for future fungal infections across many frog populations in Peru.”

“We actually started taking skin swabs from every frog we caught even though we didn’t expect to find any chytrid at all!”

In the study, investigators collected skin swab samples from 80 species of frogs in three Peruvian Amazon sites where there were no documented cases of chytridiomycosis. They found that among the three sites, 24 to 46 percent of the sampled frogs tested positive for Bd, with some of them carrying so much of the fungus that they should’ve been dead.

This research makes a complicated disease even more mysterious. Scientists have known about chytridiomycosis for more than 20 years, and they suspect it’s been killing amphibians since at least the 1980s. But the problem is receiving renewed attention in recent years, especially in the context of the ongoing Sixth Mass Extinction that many scientists believe is happening before our eyes.

For instance, a study in Science published in March of this year showed that chytridiomycosis was responsible for major declines in 501 species of amphibians, as well as 90 presumed extinctions. Testing museum amphibian specimens from before the epidemic took off has helped scientists establish a baseline for infections, but there are still major gaps in knowledge.

In the new study, Davis Rabosky explains, the investigators hadn’t initially set out to scour the Amazon for chytridiomycosis, which she refers to by its informal name.

“We actually started taking skin swabs from every frog we caught even though we didn’t expect to find any chytrid at all!” she says.

They did find Bd, though.

This gave Imani Russell, the new study’s first author, the idea to study the frogs and their ecosystem to figure out why the deadly disease was showing up in the wrong place, in apparently healthy frogs. Russell completed the research as a master’s student in Davis Rabosky’s lab at UM and is now a Ph.D. student in ecology, evolution, and marine biology at the University of California, Santa Barbara.

Russell tells Inverse that she was surprised to see frogs infected with such high loads of Bd that they should have been dead.

“I was pretty surprised to see that, because based on previous literature, Bd shouldn’t even be present in very hot areas,” she tells Inverse.

“Just because there aren’t frog declines in the areas that we studied, people can still transmit these spores on their boots, or other animals could be transmitting these spores to more vulnerable populations.”

Unfortunately, their examinations across three different study sites didn’t reveal a pattern that could help explain why Bd was showing up but not infecting frogs. Russell says that the team’s work will nonetheless help the scientific community better understand how to track the disease spread. After all, if they’re only mapping spots where frogs get sick, then they’re missing half of the picture.

She emphasizes that scientists doing fieldwork — not to mention tourists on a trip to the Amazon — could accidentally spread the disease to new places where it can find new hosts.

“I’m really hoping that by us telling the world that there is Bd in these unexpected places, that people will pay more attention to these ‘cold spots’ of disease,” Russell says.

“Just because there aren’t frog declines in the areas that we studied, people can still transmit these spores on their boots, or other animals could be transmitting these spores to more vulnerable populations.”

Davis Rabosky adds that this work shows how important it is for other researchers to be sampling frogs whenever they encounter them to aid in a global study of infection prevalence.

Central to this study’s importance is how it fills in crucial gaps in our knowledge of this global crisis. Specifically, it establishes that chytrid fungus is widespread in places where scientists didn’t think it thrived — often at very high densities — says Ben Scheele, Ph.D., a research fellow at Australia National University who was the first author on the Science paper on Bd from earlier this year, and was not a part of this new research.

“Previous understanding about the distribution of chytrid fungus may have been restricted because researchers primarily sampled areas where frog declines occurred, which were generally in cooler upland regions,” he tells Inverse.

However, others aren’t so sure whether this research truly reveals the Amazon to be a ticking time bomb of chytridiomycosis.

“There is no doubt that Bd is present in lowland Amazon ecosystem, but whether these lowlands areas are critical to Bd spread and persistence, as suggested by the authors, I think is an open question,” says Alessandro Catenazzi, Ph.D., assistant professor of biological sciences at Florida International University and one of Scheele’s co-authors on the Science paper.

Russell contends that the lowland Amazon Bd data is still meaningful because the overall prevalence can be directly compared to data on the fungus from mountainous areas.

“We could also go back to some of these sites with more detailed methods, like genetics and genomics, instead of only looking at infection loads,” she says.

Regardless, Russell emphasizes that chytridiomycosis is a big deal for everyone, not just scientists.

“Amphibians are an important part of all the ecosystems that they’re a part of, “ she says. “They cycle nutrients, they eat insects and other bugs, and they also serve as food for larger animals. If you care about animals and other ecosystems, you should care about frogs being wiped out.”

Let’s be real though: It’s also just plain sad to think about frogs dying off.

“Frogs are cute,” Russell says, “so you should be sad that they are disappearing in tons of places very fast all over the world.”