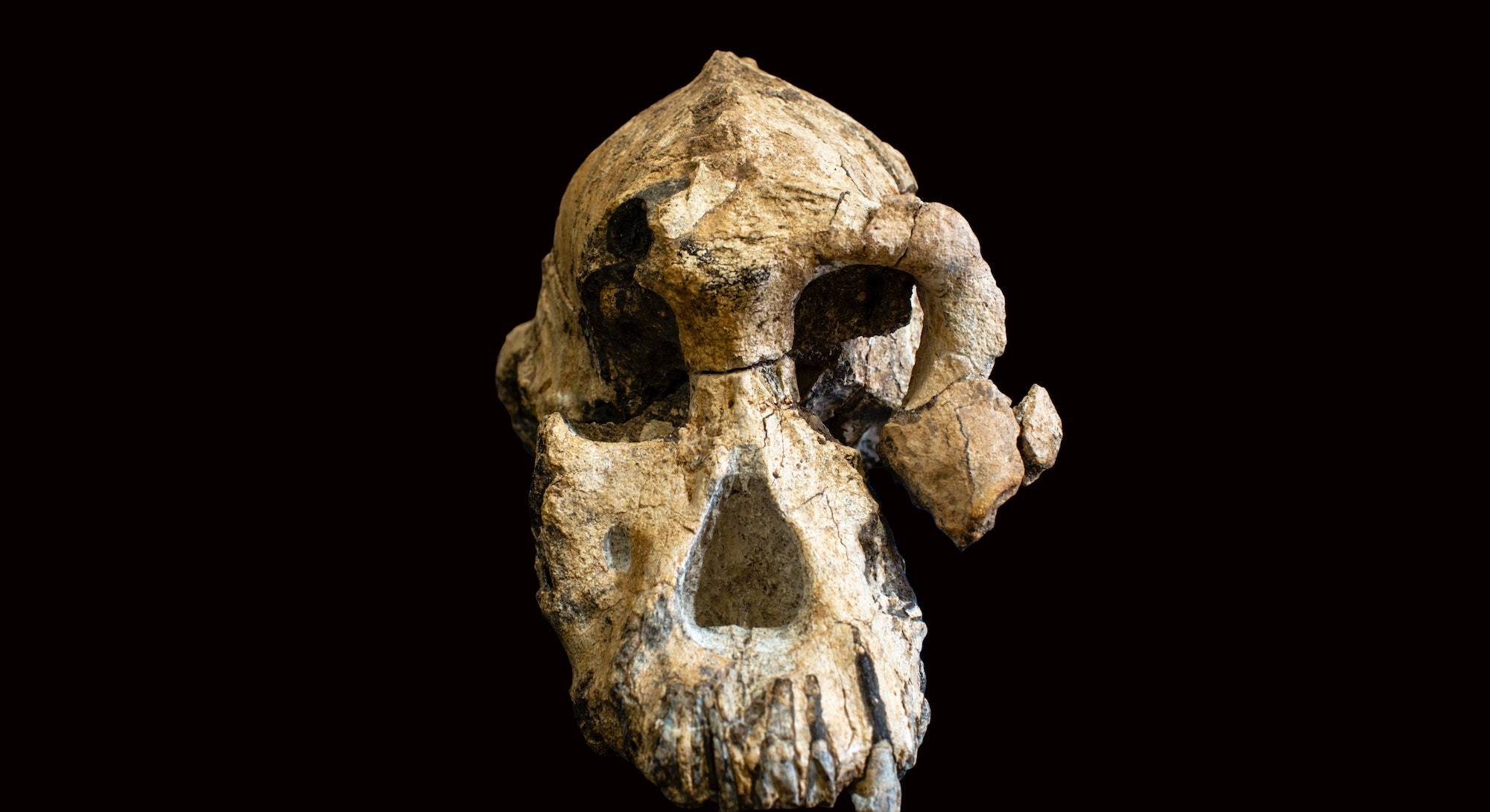 With its prominent brow and the elongated lower half of its face, the skull of Australopithecus anamensis doesn’t look particularly human. But this species of hominin was a crucial link in the chain of our evolutionary history, and scientists working in eastern Africa were the first in modern history to see its face.

Paleoanthropologists unearthed the nearly complete skull of a member of A. anamensis at the Woranso-Mille site in Ethiopia, a paleontological site that’s yielded significant specimens of multiple other ancient human ancestors. This particular skull has been dated to 3.8 million years ago, and the researchers who found and examined it say it belonged to the very oldest species in the Australopithecus genus. The team described its findings in a paper published Wednesday in the journal Nature.

Led by Yohannes Haile-Selassie, Ph.D, a paleoanthropologist at the Cleveland Museum of Natural History, and Stephanie M. Melillo, Ph.D., a post-doctoral researcher at the Max Planck Institute for Evolutionary Anthropology in Germany, the study’s authors emphasize what a big deal it was for them to find such a complete skull, especially given that the next best specimen, found back in 1974, lacked some of the features that allowed them to differentiate it from its descendent.

“What we’ve known about Australopithecus anamensis so far was limited to isolated jaw fragments and teeth,” Haile-Selassie told reporters in a news conference. “We didn’t have any remains of the face or the cranium except for one small fragment near the ear region.”

With this find, though, they became fairly certain that A. anamensis is indeed an ancestor of its descendent, Australopithecus afarensis, though they also overlapped by about 100,000 years.

Lucy, who was one of humans’ ancient ancestors, may be the most famous member of this overlapping species. She was a member of the species A. afarensis, and she died a little more than 3 million years ago. Lucy climbed trees — though maybe not very well, since she probably died by falling from a tree. She walked upright, and she had some facial features similar to those found on the new skull specimen. For some time, since A. anamensis and A. afarensis were so similar, many hypothesized that A. afarensis represented a phyletic transformation — the phenomenon in which the entirety of one species gradually transforms into a new species.

But this highly complete skull allowed researchers to do a close examination, which confirmed that the two hominins are much more different than anyone had previously suspected. For instance, the brain case of A. anamensis is considerably smaller than that of A afarensis, suggesting that it was very much a predecessor — not just an earlier phase of the species’ evolution.

Additionally, and perhaps most importantly, the team behind this new paper concludes that the two ancient hominins overlapped in time. If the hypothesis of phyletic transformation was true, the fossil record would reveal a slow transition from one species to the next. Instead, there were at least 100,000 years when both species lived in the same place, indicating that one died off after the other had come into existence.

With this new find, paleoanthropologists have dug further back into human ancestry to demonstrate that what we know about the past is always subject to revision.

Abstract: The cranial morphology of the earliest known hominins in the genus Australopithecus remains unclear. The oldest species in this genus (Australopithecus anamensis, specimens of which have been dated to 4.2–3.9 million years ago) is known primarily from jaws and teeth, whereas younger species (dated to 3.5–2.0 million years ago) are typically represented by multiple skulls. Here we describe a nearly complete hominin cranium from Woranso-Mille (Ethiopia) that we date to 3.8 million years ago. We assign this cranium to A. anamensis on the basis of the taxonomically and phylogenetically informative morphology of the canine, maxilla and temporal bone. This specimen thus provides the first glimpse of the entire craniofacial morphology of the earliest known members of the genus Australopithecus. We further demonstrate that A. anamensis and Australopithecus afarensis differ more than previously recognized and that these two species overlapped for at least 100,000 years—contradicting the widely accepted hypothesis of anagenesis.