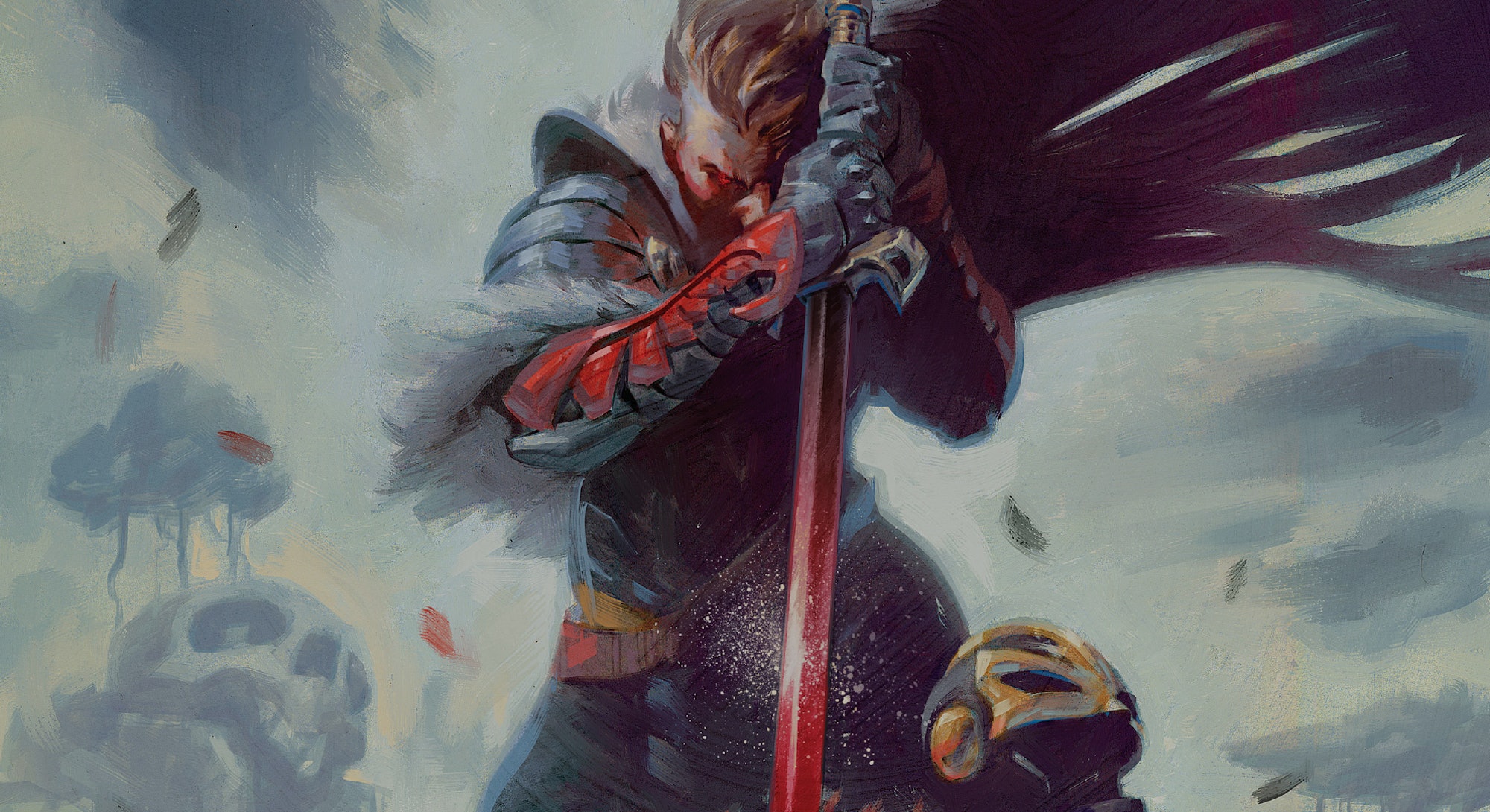 The long night of the White Walkers is far behind him, but Kit Harington will again pick up a noble sword in his newest role as Dane Whitman, a.k.a. Black Knight, in the upcoming Marvel movie, The Eternals.

While the specifics of Harington’s role are yet to be known, the mere inclusion of Black Knight in The Eternals raises quite a lot of questions. Mainly: What kind of movie will The Eternals be if it’s including the Black Knight?

And second to that: Who the heck is the Black Knight?

Unsheath thy Ebony Blade as we explain to you who the Black Knight is, and question precisely how the character will factor into the MCU through an unlikely appearance in a movie about aliens like The Eternals.

Meet the Black Knight, Wielder of the Ebony Blade

Kit Harington will play Dane Whitman, a modern day everyman from Massachusetts who, aside from his Master’s degree in physics, is a normal human being.

What’s remarkable about Whitman is his heritage: He’s the descendant of Sir Percy of Scandia, a 6th-century knight who served King Arthur as one of the Knights of the Round Table. Sir Percy wielded the Ebony Blade, a magic sword forged by Merlin out of meteorite.

The first, original Black Knight, created by Stan Lee and Joe Maneely, had his own period-centric adventures in his solo comic book series, Black Knight that were published by Marvel forerunner Atlas Comics.

It was during Whitman’s stint as an Avenger when he fell in love with Sersi, from the Eternals. But (and bear with me here), an alternate universe version of Dane, who went by the name Proctor and was rejected by his universe’s Sersi, tried to carry out vengeance by killing Sersis across the multiverse. Proctor’s plans were thwarted, but it did inspire Dane to leave the Avengers and travel different dimensions with Sersi.

Later, in Heroes For Hire, Dane Whitman returned to the Marvel Universe without Sersi. Left without direction, Dane met the Lady of the Lake, who endowed him with a new set of armor and weapons and reinvigorated him as the Black Knight. He also spent substantial time with Marvel’s European super-teams, including Excalibur (at which point he opened a museum dedicated to his family’s history as the Black Knight) and MI-13.

The Weapons of a Knight

Like a lot of “normal” heroes, Dane doesn’t have any superpowers. Even when he’s suited up as the Black Knight, his health and fighting abilities are only that of a peak human, and not in any way enhanced or magical.

But what makes the Black Knight stand out are his weaponry. He first wielded the Ebony Blade, the rightful weapon for the Black Knights in his family. But while using the blade, Dane found it unstable, and even lost it for a time until it turned up in Wakanda. Later, he briefly wielded a fake Ebony Blade forged by Dracula, which caused him to be mentally unstable due to the sword’s creating bloodlust in whoever wields it.

For the most part, Dane’s had bad luck with the Ebony Blade. Luckily, he’s had other weapons, ranging from leftovers made by his uncle to his own creation, the Photon Sword, which is basically a lightsaber. When he returned to the Marvel Universe in Heroes For Hire, the Lady of the Lake gave him new armor, the Avalon Armor, and weapons: the Sword of Light and the Shield of Night.

Also as the Black Knight, Dane has mighty steeds. First there was Aragorn, a genetically-engineered winged horse whom we’ve already seen in the MCU: It’s Valkyrie’s horse! In the comics, Dane left Aragorn under Valkyrie’s care temporarily, but left it with her permanently after he returned.

His second horse was Valinor, who unlike Aragorn was magical in nature. And then there’s Strider, the third horse given to him by the Lady in the Lake.

5 Questions About the Black Knight in the MCU

You can study and read up on Dane Whitman, a C-level Marvel character, until the sun burns out, and it would still be impossible to guess how he could factor into The Eternals. Because aside from getting involved with Sersi, Dane has had very little to do with the Eternals and their stories.

Here are five questions we have about Black Knight in The Eternals.

5. How Involved With Sersi Is He?

Dane’s strongest ties to the Eternals is his romantic relationship with Sersi. But even the comics haven’t explored that relationship in actual, real-world decades. So, will Dane be Sersi’s Earth booty call? Or will he be an actual tether to Sersi and the Eternals on the planet they’re sworn to protect?

Here’s the movie I’m picturing: Kit Harington will play Dane Whitman as a hapless university professor, blissfully unaware of his heroic family’s lineage, who will end up being Sersi’s Earthling boyfriend and the emotional thread that inspires Sersi to fight for humans.

4. Where Is the Ebony Blade?

It was previously reported that Doctor Strange nearly included the Ebony Blade but it was written out of the script.

Now that we know Marvel’s plans are in play, it begs the question of the Ebony Blade’s current whereabouts. May it already be in Wakanda?

When he became the Black Knight, Dane Whitman didn’t just join the Avengers. He proved his leadership skills when he actually took over the team during a brief period when Captain America was absent.

Though it seems crazy to casual fans, Black Knight has been as prominent a member of the Avengers as Thor and the Hulk. But will Dane Whitman forge a new team into Phase Four?

2. Will His Ties to Dracula Matter in Blade?

For a time, in the series Captain Britain and MI-13, Dane wielded a fake Ebony Blade as a ploy on the part of Dracula. It just so happened that Blade, an enemy of Dracula, played a significant part in the arc. One can’t help but speculate how important Blade is about to become for the wider MCU now that Mahershala Ali will star in a Blade film in Phase Four.

It could be through the The Eternals and Dane Whitman that the MCU gets its first glimpses at the things that will set fans up for Blade.

Introducing Dane Whitman in The Eternals is one thing, but actually letting him run wild with swords and shields and flying steeds, there’s no way there’s time for Dane’s story as the Black Knight in a movie that already has a stacked ensemble cast like The Eternals.

As is tradition in the MCU, which saw Spider-Man and Black Panther solo movies after Captain America: Civil War, is The Eternals similarly setting up a Black Knight movie starring Kit Harington?

In the comics, Marvel’s editors frequently reintroduced characters and gave them prominence based on reader feedback. That’s how Black Knight was reintroduced through Avengers comics. It seems Marvel Studios is prepared to make a similar roll of the dice to see if moviegoers who watch Eternals also fawn over Dane Whitman enough to want to see him in his own movie.

The Eternals will be released in theaters on November 6, 2020.