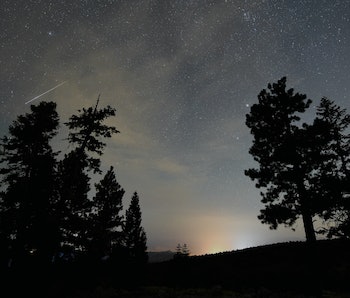 New assessments find that original estimates of maybe 400 billion trees on Earth were laughably low, and that the real number is closer to 3 trillion, but don’t go celebrating all that extra oxygen production just yet.

The new figure was revealed in the journal Nature by Thomas Crowther from Yale University and his colleagues. The BBC reports that the figure will be a new baseline affecting how researchers look at everything from animal and plant habitats to climate models. At first glance, this would be a good sign, since trees suck carbon dioxide out of the atmosphere.

However, this is only purely positive news if you don’t consider the context, which is that this figure represents 46 percent fewer trees since humans started deforestation. And we still see a net loss of about 10 billion trees annually, assuming you don’t count lost trees that won’t be replaced.

“We can now say that there’s less trees than at any point in human civilization,” Crowther tells The Washington Post. “Since the spread of human influence, we’ve reduced the number almost by half, which is an astronomical thing.”

Also, don’t confuse this with Earth having more forests. We still have the same, ever-diminishing amount. It’s just there’s a lot more trees in them than we thought.

More like this
Culture
7.2.2022 1:15 AM
The 50 best cheap home improvement products skyrocketing in popularity on Amazon
By Christina X. Wood
Science
15 hours ago
Astronomers discover a quirky star with a surprisingly galactic feature
By Nancy Atkinson and Universe Today
Entertainment
14 hours ago
You need to watch the most underrated superhero thriller on HBO Max before it leaves next week
By Richard Newby
Share: