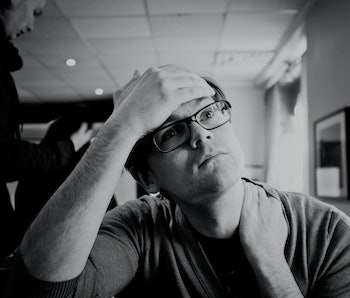 You know your headaches are bad when you’re willing to go under general anesthesia and have a doctor stick a needle full of Botox up your nose and into your skull.

Norwegian researchers have piloted a new treatment for chronic cluster headaches that involves exactly that. Their research was recently published in Cephalalgia, the journal of the International Headache Society. The experiment was a preliminary test to see if the treatment is safe enough and effective enough to warrant wider randomized trials.

The Migraine Trust says cluster headaches are “one of the most painful conditions an individual can experience, described as excruciating and even more debilitating than migraine.” They affect one or two people in 1,000.

“The headache often starts at night waking people one to two hours after they have gone to sleep,” according to the organization. “The pain usually reaches its full intensity within five to 10 minutes and lasts at this agonizing level for between 30 and 60 minutes. For some people the pain can last for 15 minutes, for others three hours has been known. It then stops, usually fairly abruptly.”

These episodes can occur as infrequently as every other day or as frequently as eight times a day, according to the Migraine Trust. Most sufferers experience a bout that lasts one-to-three months, with some relief in between. Chronic sufferers don’t get this reprieve. It’s these individuals that were targeted by this experimental new treatment, which used Botox to directly target a cluster of nerves behind the bones at the rear of the nasal cavity.

All in all, the trial went reasonably well, but not without hiccups. Five of 10 who received the injection reported 77 percent fewer headaches over the following months. The other five were not counted for different reasons: Some neglected to fill out their headache journals, one got the injection in the wrong place (oops), and one started bleeding from the nasal cavity during the procedure and was treated for that and monitored in hospital for four days (yikes).

The researchers report this as the one “severe adverse effect” of the experiment. Other patients reported trouble focusing in one eye or jaw issues on one side, symptoms that lifted within a month. The doctors concluded that this severity of adverse events “seems acceptable given the level of invalidity of this disorder,” and recommended randomized, placebo-controlled experiments to establish the safety and efficacy of the treatment.

Two authors of the study note that they are the patent-pending inventors of the method of treatment, and may benefit financially from its commercialization. Three study authors reported no conflict of interest related to the treatment and publication of the article.

How bad would your headaches have to get before you’d let these doctors experiment on you? That’s a thought experiment I hope I never have to put into action.