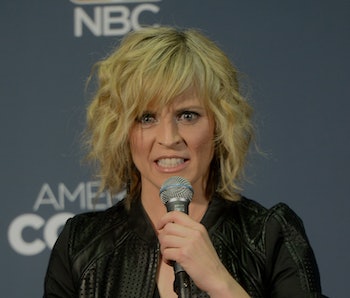 Last June, Netflix announced that it had picked up Maria Bamford’s Lady Dynamite, “the story of a woman who loses — and then finds — her shit.” (Arrested Development’s Mitchell Hurwitz executive-produced the project.) New details have now emerged, courtesy of Entertainment Weekly, that the show is completely packed with stars.

So did Routh, who confirmed that he and Superman won’t ever be on screen simultaneously:

The star-studded list of cameos is a huge coup for Bamford and her show. She previously appeared in the Arrested Development reboot as methodone addict DeBrie Bardeaux, so she’s already comfortable working with the big names on screen. The show airs next year, #Pugwilling, but that can’t come soon enough.