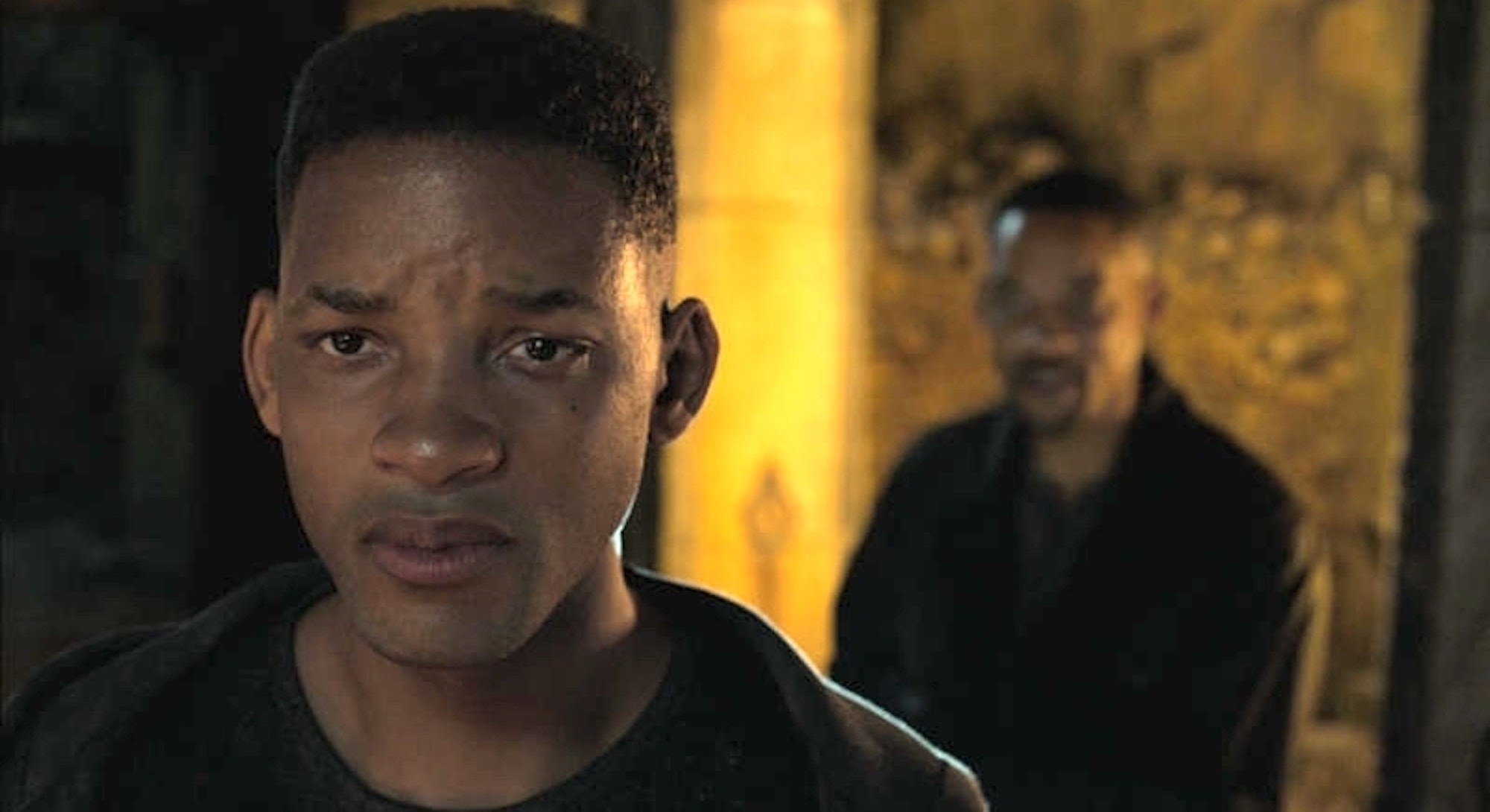 In 2019, no one bats an eye at seeing de-aged actors show up in blockbuster movies. Marvel’s “digital plastic surgeons” have taken this art to the extreme, giving fans a believable 46-year-old version of Samuel L. Jackson’s Nick Fury for most of Captain Marvel. But with Gemini Man, which hits theaters this October from Paramount, director Ang Lee is taking the “de-aging” trend to a whole new level.

"The young character is not me. That is a 100 percent digitally created character. — Will Smith

The film, which stars Will Smith as a aging assassin (Henry Brogan) who’s chased down by a younger, cloned version of himself (Junior), eschews de-aging entirely. Instead, Lee worked with Weta Digital to create a totally digital version of young Will Smith. The result is stunning and surprisingly believable, even at the 120 frames per second rate that Lee chose to film the movie in (the industry standard is 24 FPS).

“It’s not de-aging,” Smith said at an event hosted by Paramount. “The young character is not me. That is a 100 percent digitally created character. They didn’t take my image and stretch some of the lines. It’s a completely CGI character the same way The Lion King is CGI. They’re using my performance to create the CGI elements. The skin is CGI. That’s not my skin.”

“The theater experience is going to be different,” added producer Jerry Bruckheimer, “and we’re at the forefront of this.”

To pull this off, the team at Weta analyzed old footage of a younger Smith, which wasn’t difficult considering how prolific he was as a young actor. If anything, the experience gave the Hollywood superstar once best-known as the Fresh Prince of Bel-Air a chance to reflect on his career and how far he’s come.

“I got to see all the tragedies I committed in entertainment,” Smith said. “It is really great to be able to take look at your own youth and experience.”

Casting Smith in Gemini Man, which had been in development hell since it was first conceived in 1997, also raised an interesting dilemma. Because the younger version of the actor is so universally recognizable, the CGI recreation had to be a perfect match. Anything less, and the audience wouldn’t buy into the plot.

“It just made it much more difficult,” said Bruckheimer. “A lot of you remember will when he was 20 on Fresh Prince. You have a memory of what you’re looking at.”

Beyond the CGI, Lee took an extra step in demanding that Junior also act the way Smith did back when he was a young actor. That meant forgetting all the skills he’d learned in the decades since and reverting to a “less good” performance. According to Smith, Lee would show him old footage of himself and set and say, “That’s not good. I need you to do that.”

"Junior is twice as expensive as Will Smith. — Ang Lee

The main reason it took so long to turn the idea for Gemini Man into a movie was because the technology just wasn’t ready. Now that it’s been achieved, the possibilities seem endless. Then again, there are still a few key limitations before we start seeing Junior show up in TV commercials.

“Junior is twice as expensive as Will Smith,” Lee said. “It takes hundreds of artists. It took a year to create one shot of junior talking.”

Smith adds that even once these CGI “avatars” become mainstream, they still won’t replace actors entirely. After all, what’s the point of a perfect imitation if you don’t have a real performer telling it how to act?

“It will never make the actor obsolete because the source is the human soul,” he said. “The big thing about the technology is you are essentially driving the avatar.”

Still, that opens up a lot of possibilities beyond big-budget action movies. Smith sees a future where the technology behind Gemini Man could be used in anything from science fiction to romantic comedies. “Will it be that great?” he asks, “I think one day it certainly will.”

But for Lee, who won an Oscar for his CGI-heavy adaptation of the novel Life of Pi, new technology will always come second to the art itself.

“People talk about tech,” he said, “but it’s artistic endeavor.”