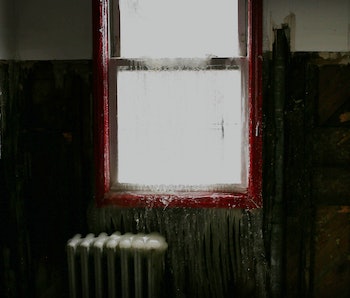 It’s 90 degrees in New York City today, but thermometers will soon dip. Last winter was one of the coldest since the city began documenting temperatures in the late 19th century. For all the New Yorkers nestled in their sufficiently heated apartments starting this October, there’s plenty of other renters who will be feeling the freeze. New Yorkers lodged 200,000 heat-related formal complaints last year, many of which will simply go unaddressed. The people at new nonprofit Heat Seek NYC have come up with a simple tech fix to turn up the heat.

The city mandates that between October and May, landlords must keep apartments at least 68 degrees during days and at least 55 degrees at night. When they skimp on the heat, tenants may take them to court. That can be tough. If a tenant calls NYC’s 311 helpline about the lack of heat, the city’s Department of Housing Preservation and Development (HPD) is notified and must send an inspector to the tenant’s building. But the HPD is also required to give the owner at least 72 hours’ notice that they’re going to verify the report.

The loophole here is glaring. “You can see people get stuck in this cycle where they’re constantly calling 311 and they’re never getting a violation lodged, so their landlords never get in trouble,” Heat Seek’s Executive Director, Noelle Francois, told me. “That’s really frustrating for people.”

To combat this, and to allow tenants to gather a comprehensive temperature log, Heat Seek has developed an internet-connected thermostat tenants install in their apartments and connect to a central hub for the entire building. The thermostats take temperature readings every hour; the hub tallies them in a convenient web app that can become evidence of a violation. Previously, the only way to raise the issue in court was to log temperature readings by hand, which didn’t carry much legal weight.

“It’s a huge time commitment to be in your apartment every hour to have a consistent log,” Francois said. “You can take a handwritten log to court, but if you don’t have a violation it’s very easy for someone to just say, ‘Oh, well you could have written down anything you wanted on that temperature log.’ So we’re trying to bring some legitimacy to the data.”

The original idea came to Heat Seek’s co-founder William Jeffries during his time at the Flatiron School, a sort of coding boot camp in lower Manhattan, where he was working on a big project outside of normal working hours one winter weekend. The school didn’t heat the space, and he wondered how he could track the temperature variations.

He joined up with co-founder Tristan Siegel, who suggested the real-world applications for a temperature sensor. He thought his social worker mother in the Bronx could use such a sensor to track heat for a client who was suffering in a cold apartment. The more they looked into the problem, the more they saw a need for their tech. The idea grew.

Heat Seek launched a successful Kickstarter campaign and won $25,000 from the NYC BigApps competition — a prize-based contest that judges tech built to improve New York City — late last year. It allowed the group to pull together a quick pilot program to install two dozen sensors in six buildings in December 2014. The initial test took 150,000 hours of temperature readings and found 3,900 hours of temperature violations. None of the violation data made it to court, but it demonstrated the scope of heat violations.

Though still in its early stages, Heat Seek is looking forward to this winter, hoping in part that a tenant can use its data to take a violation in front of a judge, when the need arises.

Heat Seek is ramping up to 120 sensors spread across 40 buildings in Harlem, the South Bronx, and mid-Brooklyn. To do so, the group is partnering with community organizations like Community Action for Safe Apartments and Pratt Area Community Council to target areas where the sensors will have the most impact for tenants’ rights. If you want to donate or help out, there’s a button to do so on the Heat Seek website.

Francois points out that the sensors aren’t just for irresponsible landlords. The company is partnering with Brooklyn borough president Eric Adams, himself a landlord, to show the benefits for owners. “We’re doing another small pilot program to show that even for responsible landlords, having a Heat Seek sensor and having a better understanding of what the actual indoor temperature is — not just what the boiler says it’s sending out — could be a cost-saving mechanism,” she said. “If you realize you’re over-heating the building you can scale back.”

If the expansion into more NYC buildings succeeds, Boston, Chicago, Philadelphia, and other cities could follow. The not-for-profit might also transition into a semi-for-profit. “What we’d like to be able to do is kind of a commercially available buy-one-give-one thing, like Tom’s shoes,” Francois told me. “Then some of the money for individuals purchasing sensors for their own homes or apartments would go to subsidize the work for the nonprofits. So we’re looking at a dual model. We’d love to be able to sell them, because we’ve gotten tons of requests asking how to buy it.”

Until then, Heat Seek is focusing on the smaller, people-based approach. The boiler is the last thing on anyone’s mind when the mercury shoots up in late summer. But winter’s coming.