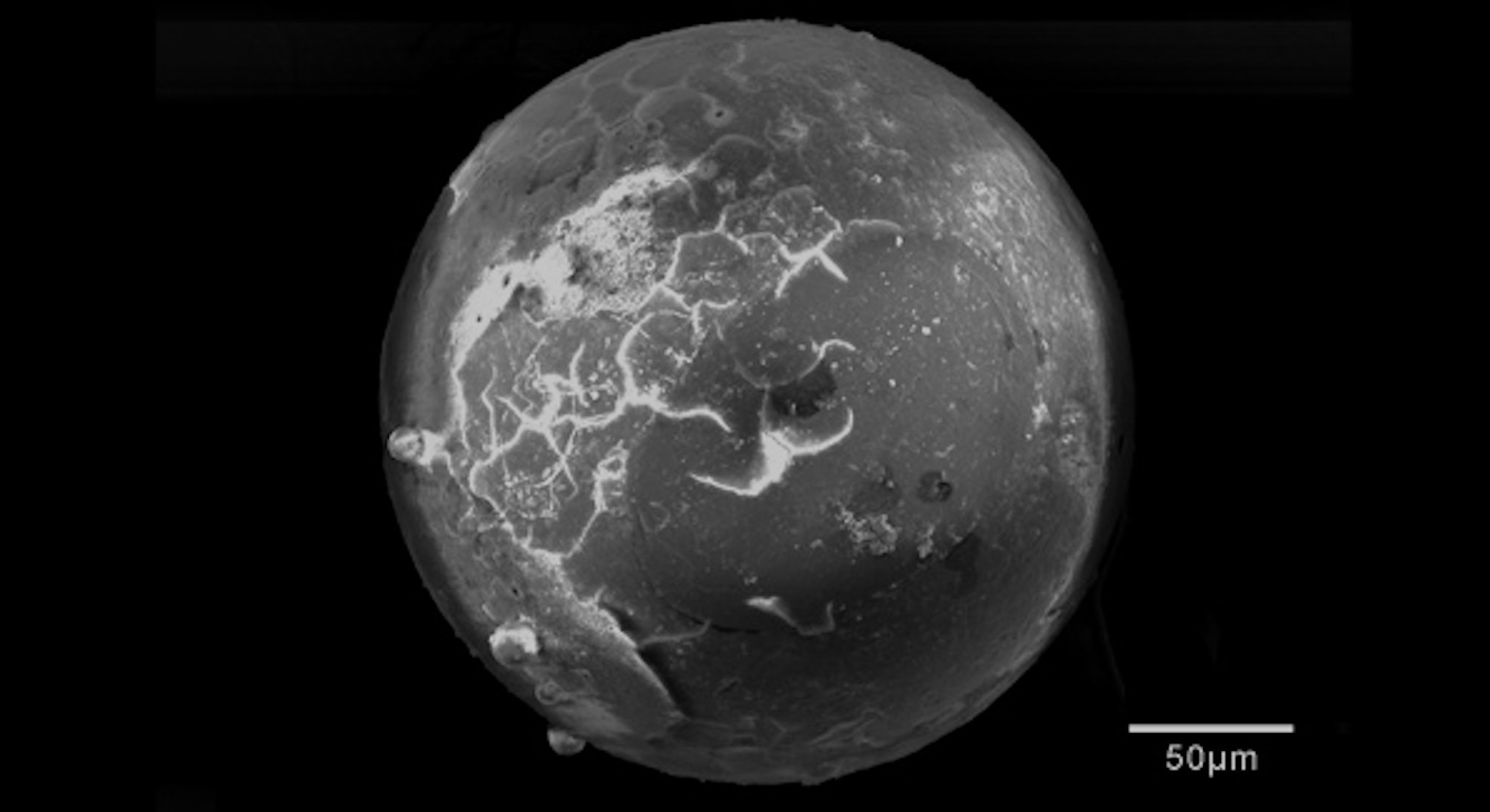 Back in 2006, Mike Meyer was an undergraduate student at the University of South Florida looking for fossils in the shell-packed walls of a quarry near Sarasota, the cross-section of which offered a look back at the previous several million years of Florida’s geological record.

He and other students pried open fossilized ancient clams — essentially world time capsules — and washed the sediment trapped inside through very fine filters. Meyer was initially looking for other tiny objects — the shells of single-celled organisms known as benthic foraminifera — when he found something far more mysterious. They were microscopic, glassy beads, smaller than grains of salt.

Now, more than a decade later, his study of those glassy beads has revealed they are very likely microtektites, the natural byproduct of what happens to Earth when it’s hit by the intense heat and speed of a meteorite smashing into it. The discovery points to a previously unknown meteorite strike off the coast of Florida, some 2 to 3 million years ago.

His work was published in the journal Meteoritics and Planetary Science in May.

"They definitely weren’t sand grains; they were lumpy and irregular-shaped — but I kept finding these tiny, perfectly round spheres.

Meyer, now assistant professor of Earth systems science at the Harrisburg University of Science and Technology in Pennsylvania, says those glass beads really stood out when he discovered them some 13 years ago.

“They definitely weren’t sand grains; they were lumpy and irregular-shaped — but I kept finding these tiny, perfectly round spheres,” Meyer tells Inverse.

Even after the fieldwork assignment had finished, Meyer was still curious. But his attempts to research them further amounted to nothing, as no one knew what they were.

So Meyer carefully stored the pint-sized pellets, 83 in total, in a box where they sat for more than a decade. Then, a couple of years ago, he decided to take another look.

He analyzed the physical features of the spheres “using petrographic and elemental methods using energy dispersive X‐ray spectroscopy,” according to the wording in his study, and that result pointed to an extraterrestrial origin.

"The clams are basically a little time capsules."

“The clams are basically little time capsules, because when the clam dies, they fill up with sediment, and then as they get buried, they close up. And so it’d be very difficult for any sort of human contamination to get in that clam, which was originally like 30 or 40 feet in the subsurface.”

(See a larger version of the image above.)

Meyer believes that the microtektites are the products of one or more small, previously unknown meteorite impacts, potentially on, or near, the Florida Platform, the geological plateau that forms the Florida peninsula.

“This is the first report of microtektites in Florida and one of only a few findings of space debris found in the state, which is delightfully ironic since they have a space coast and they have brought plenty of space material back. These spheres might also help us date the shell beds they were found in, as we don’t have a precise age for them,” Meyer says.

“There doesn’t seem to be any direct relationship to any known impact event with a recognizable crater, but if it is a new impact, and it was somewhere around Florida, it could very well just be buried under a lot of muck in the Gulf of Mexico. So it could be filled in with just sediment and stuff now. You’d never know that there was anything there.”

The Gulf of Mexico is also home to the Chicxulub crater on the Yucatán Peninsula. This is believed to be the point of impact of the meteorite that killed the dinosaurs. Estimated at between 11 to 81 kilometers wide, it exploded with a force equal to 100 million megatons of TNT (2 million times stronger than the most powerful man-made bomb).

See also: A Theory About Life After a Dinosaur-Killing Asteroid Has Been Upended

Meyer believes the microtektites that he’s found likely come from either the Chesapeake Bay impact originally, perhaps being recycled by one or two other impacts over a several-million-year period to end up on the Gulf Coast … or a completely new impact that no one is aware of yet.

“The next step is actually dating these spheres,” Meyers says. “There’s just not enough material to do a decent date of them, because they’re all about 200 micrometers across, so they’re only a hair’s width, and I only have less than a hundred of them. Then, hopefully, we can determine if they’re from the Chesapeake Bay impact event or perhaps something very new and different and even more exciting.”