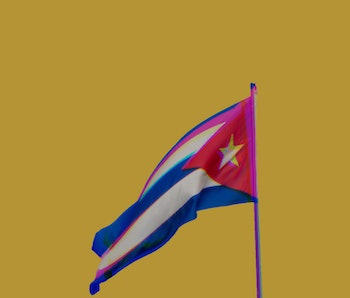 In the fall of 2016, US diplomats and spies in Cuba started reporting strange neurological symptoms, including hearing loss, balance issues, and splitting headaches. Leading theories for the symptoms, collectively labelled the “Havana Syndrome,” included sonic weapons and mass psychogenic illness, but these have been heavily debated.

Now, medical followups are illuminating what actually happened to the patients’ brains: A new report published Tuesday in JAMA suggests something happened — doctors just aren’t sure what.

"I think we’re still in the dark."

The incident led to a serious deterioration in US-Cuban relations: Cuban diplomats were ejected from Washington, D.C., and the US withdrew most of its diplomatic staff from Cuba. Randel Swanson, D.O., Ph.D., an assistant professor of physical medicine and rehabilitation at the Hospital of the University of Pennsylvania, has been the lead brain injury doctor on the case since the first patient came to Penn from Cuba.

Swanson, who was the first author on the JAMA case reports published in March 2018, is a co-author of the new paper, a retrospective study that uses advanced brain imaging to compare the 40 patients with healthy control subjects.

“There’s no question that there is a difference between the patients and controls,” Swanson tells Inverse. “But as to what caused it, no, I don’t think we can say this.”

But even as these new results may not appear to clear much up about the Havana Syndrome, they have further convinced Swanson and his colleagues that these government employees did indeed suffer some kind of brain injury.

It’s just one more step in a long story that’s played host to more than its fair share of controversy, armchair psychiatry, and wild theories.

Starting in the fall of 2016, several American residents of diplomatic apartments in Havana reported hearing strange sounds accompanied by unexplained neurological symptoms. Some reported hearing cicadas, or loud grinding noises, while others reported a sound like crickets. These sounds were accompanied by vertigo, cognition problems, and headaches, among other symptoms, which lasted long after the sounds had subsided.

Early examinations by the Penn team revealed that the personnel showed signs of brain trauma, though they didn’t show clear signs of what caused it. One expert said it looked like the victims had a “concussion without a concussion.”

Initial reports blamed sonic weapons, and the Associated Press even reported that devices had been found, though these reports were later walked back.

One diplomat’s recording of the mystery noise was analyzed, and researchers identified the sound’s waveform as crickets — but that still didn’t help solve the mystery.

Others blamed mass hysteria, also known as mass psychogenic illness, a phenomenon in which people living in close quarters can begin to make each other believe they are all suffering the same health condition.

Swanson is particularly unconvinced on this last point.

“Those who have examined these patients are convinced that there’s something here right now,” he says.

What’s New in This Study?

In the new paper, the Penn team shows that the patients who reported being exposed to the sound had significantly lower frontal, occipital, and parietal lobe white matter volumes than the healthy control subjects, as well as greater ventral diencephalon and cerebellar gray matter volumes. These results, however, don’t offer a clear solution.

“These patterns of volumetric differences do not conform readily to any established mechanisms of pathogenesis, nor do they form an anatomical basis for a specific behavioral dysfunction observed in other brain disorders,” the team writes.

In other words, these observations don’t point to a specific disease or cause. But Swanson says they do offer a bit of insight, especially when it comes to the cerebellum.

The patients with persistent neurological deficits consistently experienced issues with eye movement and balance — both of which involve the cerebellum.

So Which Theory Is Right?

This new work may not clear up the question once and for all, but in the minds of Swanson and his colleagues, it should definitively eliminate the question of mass psychogenic illness. If nothing was structurally wrong with the government employees’ brains, these studies would reveal that truth. But so far, the research both on brain structure and on patient behavior has consistently pointed to some kind of brain trauma.

“The pattern is so consistent that it would be astronomically hard for all these individuals from various walks of life to systematically fool all these experts who this is all they do all day everyday,” Swanson says.

Will We Ever Know What Really Happened?

It’s possible that intelligence services will eventually unveil the truth behind the Havana Syndrome, but medical case studies can only go so far.

Swanson emphasizes that research on these patients has consistently been limited by the fact that most of them didn’t present to medical experts for months after their exposures — some waited longer than a year. By that time, it was impossible to rigorously follow them in a case-control study to follow the progression of their injuries.

In the future, if something like this happens again, he hopes that patients will report their symptoms sooner. If that happens, he and his team are prepared to conduct a more rigorous analysis than the Cuban circumstances permitted.

For now at least, Swanson is convinced that we can rule out mass psychogenic illness.

“All the neurological specialists who have evaluated the patients systematically as a cohort says there’s something real here.”

Importance: United States government personnel experienced potential exposures to uncharacterized directional phenomena while serving in Havana, Cuba, from late 2016 through May 2018. The underlying neuroanatomical findings have not been described.

Conclusions and Relevance: Among US government personnel in Havana, Cuba, with potential exposure to directional phenomena, compared with healthy controls, advanced brain magnetic resonance imaging revealed significant differences in whole brain white matter volume, regional gray and white matter volumes, cerebellar tissue microstructural integrity, and functional connectivity in the auditory and visuospatial subnetworks but not in the executive control subnetwork. The clinical importance of these differences is uncertain and may require further study.

More like this
Science
8.3.2022 3:44 PM
Ground-breaking technology restores dead organs back to a life-like state
By Miriam Fauzia
Science
4 hours ago
Ancient chicken bones and snail shells date the destruction of a Greek city
By Jennifer Walter
Science
8.14.2022 9:00 PM
Ancient lore reveals how warriors manipulated their enemy’s senses in battle
By Adrienne Mayor and The Conversation
Related Tags
Share: