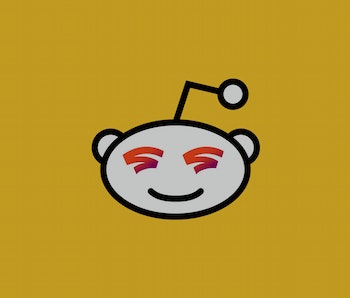 Google Stadia’s November 14 launch date is rapidly approaching, and gamers still have a flurry of burning questions. Have the lag problems been solved? Which mobile devices will be added? Will there be tablet support? To tackle these and more, Andrey Doronichev, Stadia’s Director of Product, hosted a Reddit AMA Thursday starting at 1 p.m. Eastern.

It was a popular AMA. There were roughly 1,400 comments in the thread by 4:30 p.m. Eastern with questions about upcoming Stadia social features and hardware support. But the consistent theme, the question that seemed to be on the most gamers’ minds, was the question of game ownership. Specifically, gamers wanted to know what would happen to the games they purchase through Stadia if they were to unsubscribe or if Stadia were to shut down?

Last month, Google hosted its first Stadia Connect, a kind of taped press conference, where it revealed that the cloud gaming service will be less like Netflix, and more of a subscription-based marketplace. “Stadia Pro” subscribers will pay $9.99 for access to discounted titles and one free game of the month, which in November will be Destiny 2. People who opt for Stadia’s free service can still buy games, but at full price.

This arrangement means that subscribers will slowly amass a library of titles. But what happens to those titles when you unsubscribe? Doronichev said in the AMA that if users unsubscribe and then subscribe again, they’ll find all their titles there waiting for them. But it also sounds like there’s a catch.

“You will regain access to those Pro games you claimed in the past while you were a subscriber,” he wrote. “But not the ones that were offered to Pro subscribers while you were unsubscribed.”

In other words, users miss out on the monthly freebie by unsubscribing, and they’ll need to purchase the game even if they subscribe again. But all of their other free games will be safely stored in a list that can be accessed whenever they choose to subscribe again.

The Stadia executive also assured gamers that they’ll be able to export their game data to a local machine. This way if anything goes awry with Stadia, saved games won’t be lost forever. This will be done by using Google Takeout, a program that lets users export copies of data hosted on Google’s cloud servers.

“The games you buy on Stadia are yours to play,” wrote Doronichev. “From day one we’ll support Takeout, so that you can download your game metadata, including saves if you want to.”

Stadia and other cloud gaming services, like xCloud, will fundamentally change how gamers own titles. Just as iTunes and Netflix changed the way we “own” music and movies by doing away with CDs and DVDs, now video games are going to go down the same route.

Based on the AMA, it sounds like Google needs to do more work to foster trust with users and make sure they don’t lose access to content, otherwise they will continue opting to buy hard copies. Stadia seems to have a plan ready to go for November, but the devil’s in the details.