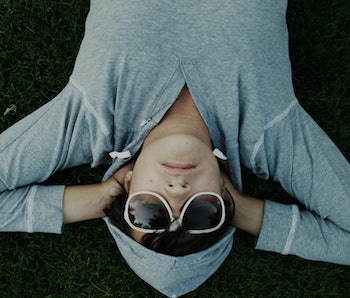 There are an infinite number of excuses for putting off your to-do list. Letting clutter build up feels easier than Marie Kondo-ing the whole house, and filing your taxes on time can feel unnecessary when you’ll probably get an extension. The roots of this common but troubling habit run deep. In early July, a team of German researchers showed that procrastination’s root cause is not sheer laziness or lack of discipline but rather, a surprising factor deep in the brain.

In the strange study published in Social Cognitive and Affective Neuroscience, scientists at Ruhr University Bochum argue that the urge to procrastinate is governed by your genes.

“To my knowledge, our study is the first to investigate the genetic influences on the tendency to procrastinate,” first author and biopsychology researcher Caroline Schlüter, Ph.D., tells Inverse.

In the team’s study of 287 people, they discovered that women who carried one specific allele (a variant of a gene) were more likely to report more procrastination-like behavior than those who didn’t.

Where Does Procrastination Come From?

The team, led by Erhan Genc, Ph.D., a professor at the university’s biopsychology department, has been studying how procrastination might manifest in the brain for several years. His brain-based data suggests procrastination is more about managing the way we feel abut about tasks as opposed to simply managing the time we have to dedicate to them.

In 2018, Genc and his colleagues published a study that linked the amygdala, a brain structure involved in emotional processing, to the urge to put things off. People with a tendency to procrastinate, they argued, had bigger amygdalas.

“Individuals with a larger amygdala may be more anxious about the negative consequences of an action — they tend to hesitate and put off things,” he told the BBC.

In the new study, the team tried to identify a genetic pattern underlying their discovery about bigger amygdalas. They believe they’ve found one affecting women specifically. The gene they highlight affects dopamine, a neurotransmitter central to the brain’s reward system that’s implicated in drug use, sex, and other pleasurable activities.

In particular, the gene encodes an enzyme called tyrosine hydroxylase, which helps regulate dopamine production. Women who carried two copies of a variant of that gene, they showed, produce slightly more dopamine than those with an alternative version of the gene and they also tended to be “prone to procrastination,” according to self-reported surveys.

While this is hardly a causal relationship, the authors argue that there’s a connection between the tendency to procrastinate and this gene that regulates dopamine in the brain, at least in women.

They note, however, that this connection probably exists outside of the one highlighted in their earlier study on the amygdala. When they investigated whether there was a connection between the genotype of procrastinators and brain connectivity in the amygdala, they found no significant correlation.

“Thus, this study suggests that genetic, anatomical and functional differences affect trait-like procrastination independently of one another,” they write.

In other words, there is probably more than biological process that underpins procrastination, and these researcher suggest that they may have identified two of them so far.

Despite its well-known link to pleasure, dopamine’s role in procrastination may not come down to its primary role. As Genc notes, dopamine is also related to “cognitive flexibility,” which is the ability to juggle many different ideas at once or shift your thinking in an instant. While this is helpful for multitasking, the team argues that it might also make someone more prone to being distracted.

“We assume that this makes it more difficult to maintain a distinct intention to act,” says Schlüter. “Women with a higher dopamine level as a result of their genotype may tend to postpone actions because they are more distracted by environmental and other factors.”

It would be a long jump to suggest that one gene related to dopamine production affects all of the complex factors governing human procrastination. There are almost certainly a range of different factors at play that may have influenced their results, notably the hormone estrogen, seeing as the pattern was only found in women. But hormones and neurotransmitters aside, the urge to procrastinate likely comes down to more than just genetic signatures. Sometimes, life just gets in the way.

Abstract: Although procrastination is a widespread phenomenon with significant influence on our personal and professional life, its genetic foundation is somewhat unknown. An important factor that influences our ability to tackle specific goals directly instead of putting them off is our ability to initiate cognitive-, motivational- and emotional-control mechanisms, so-called metacontrol. These metacontrol mechanisms have been frequently related to dopaminergic signaling. To gain deeper insight into the genetic components of procrastination, we examined whether genetically induced differences in the dopaminergic system are associated with interindividual differences in trait-like procrastination, measured as decision-related action control (AOD). Analyzing the data of 278 healthy adults we found a sex-dependent effect of TH genotype on AOD. Interestingly, only in women T-allele carriers showed lower AOD values and were, therefore, more likely to procrastinate. Additionally, we investigated whether differences in the morphology and functional connectivity of the amygdala that were previously associated with AOD happen to be related to differences in the TH genotype and thus to differences in the dopaminergic system. However, there was no significant amygdala volume or connectivity difference between the TH genotype groups. Therefore, this study is the first to suggest that genetic, anatomical and functional differences affect trait-like procrastination independently.