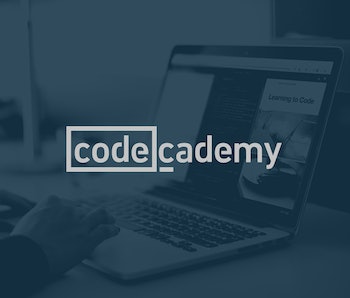 I remember being a kid when someone, either a teacher or fellow student, declare that ‘computers are the future.’ I shrugged it off. Despite having a computer programmer father, I was interested in computers. I liked books and running around outside. Computers and everything that came with them didn’t feel tangible enough for me. This was circa 2004; the era before smartphones and apps completely changed the way humans interact with the world. I eventually figured out what that person had said to me was very true, and the things I originally found fun—reading and climbing trees—were either replaced or permanently accompanied by some new form of tech that humans created.

When that person told me computers were the future, what they meant was that making computers work was the future. Computers and other processors run on instructions known as machine code. These instructions have evolved into multiple languages with names like Python, C++, and Ruby. These languages functions as human-readable sets of instructions that can be compiled into machine instructions, aka the binary 1s and 0s you saw in the Matrix to perform operations.

It sounds complicated, and it can be. But it pays to learn; Octagon Talent Solutions reported a study (link) that estimated a $22,000 salary increase with coding skills. Not everyone has a solid background or general understanding of coding, but the demand for employees who do spikes every year. The good news for you is that there is a way to learn how to programming without dropping thousands on grad school.

Codecademy is an online platform that offers free tutorials that teach you how to code. It offers a bevy of different topics, from basic HTML and C++ to Python and Ruby. It also now has more creative graphic design applications to learn more color-focused webpage design. As you can see in the above screenshot, the interface is simple and user-friendly. It has interactive prompts and instructions that keep you motivated and understanding.

There are many free tutorials available through Codecademy, but for serious programming students, you may want to scroll through the catalogue and select a Pro version, like the one available below:

The benefits of Pro include advanced community support, working on real-world projects, as well as a more custom Skills and Career Paths to help you firmly develop (pun intended) and secure a career in code.

More like this
Gaming
Jan. 25, 2023
"Mindboggling" Launcher layoffs prompt outcry and tributes to WaPo gaming vertical
By Jess Reyes
Science
13 hours ago
The best mystery thriller on Netflix ignores a basic fact about hydrogen energy
By Tara Yarlagadda
Science
14 hours ago
ChatGPT could help students cheat — but it could also revolutionize education
By The Conversation and Sam Illingworth
LEARN SOMETHING NEW EVERY DAY.
Related Tags
Share: