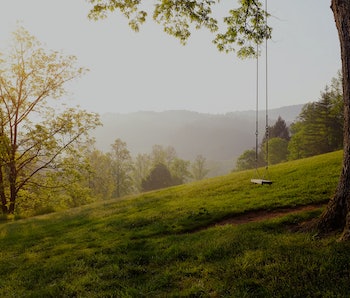 Over the past couple of decades, there has been an explosion of research into “false memories,” showing that our memory can be subtly altered by a variety of internal and external factors. Many psychologists think the public is unaware of this and that people generally think memory is much more accurate than the evidence shows.

Of course, it’s common sense to point out that memory can sometimes be in error. It has been shown in countless studies that memory is selective, and we can sometimes believe strongly in something that never happened. But is it true that people hugely overestimate their memory? And do psychologists who argue this have science on their side?

One very popular claim among those who think the public have a bad understanding of memory is that as many as one in two people believe memory works like a video camera, accurately recording the events we see and hear so that we can review and inspect them later.

See also: The Psychological Trauma of Dissociated Memories in ‘The Keepers’

But these claims are based on answers to a single survey question. We have known for a long time that questions phrased in the positive are often answered differently to the same question phrased in the negative. In our new survey, published in the Journal of Experimental Psychology, people were much more likely to agree with the opposite statement, which was: “Human memory is not like a video camera because we cannot play back events exactly as they happened.” These results, along with answers to other questions, make it clear that people are well aware that memory is selective and that we sometimes misremember.

Another argument made by many psychologists is that people wrongly believe that when they are confident about a memory, it means that memory is more likely to be correct — whereas some research has shown that confidence and accuracy are modestly related at best. But these conclusions came mainly from old studies of the confidence with which eyewitnesses correctly or incorrectly identified suspects in lineups. Newer and more sophisticated methods have found that, across 15 experiments, suspect identifications made with high confidence were, on average, 97% accurate.

So it seems the skeptical psychologists have lost sight of the common sense conclusion that a confidently held memory is, on average, more likely to be right than one people are unsure of. What the research shows is that a memory is not guaranteed to be correct just because it is believed strongly. There are many examples of witnesses who have confidently identified a defendant in court but have been wrong. But that doesn’t mean that confidence is generally of little or no value.

For example, the Innocence Project in the US has identified a number of miscarriages of justice in which witnesses in court were very confident in their identification of the suspect, which turned out to be wrong. When they were first asked to make an identification by police, they had expressed a lot of uncertainty. Only later did they become confident, perhaps because of seeing a picture of the suspect in another context. This illustrates how, initially, their lack of confidence was a good guide to the accuracy of their identification. And later, after external influences had altered their memory, their changed confidence proved to be a bad guide. Police and investigators should take note.

In the past 25 years, psychologists have carried out many experiments to demonstrate the fallibility of memory. Many of these studies involve finding clever ways to mislead people and trick them into misremembering. For example, using misleading questions that suggest to people they saw something that actually wasn’t there produces more wrong answers than when no misleading questions are used. But, however interesting the findings, it doesn’t mean memory is unreliable when people aren’t being tricked by psychologists.

Another thing much of the research ignores is that, when we remember, we have to balance accuracy (only describing what you’re really sure of) and completeness (describing everything you think you may remember, even if you’re not sure). In court, the emphasis is very much on accuracy —but this isn’t necessarily the case in psychology experiments where completeness is often encouraged at the expense of accuracy. This may make it problematic to generalize the results of psychology experiments to the behavior of witnesses in the courts.

This matters because psychologists often try to “educate” the courts about memory research that is far from clear cut and even sometimes mistaken. But more importantly, the constant claims about the unreliability of memory leaking into print, broadcast, and social media are creating a climate of skepticism in which witness memories may be disbelieved for no good reason.

For example, witnesses describing their memory as “like a video recorder” could have their evidence criticized as unreliable. Just as too much faith in memory can result in a miscarriage of justice, so too could too much skepticism.

This article was originally published on The Conversation by Chris Brewin. Read the original article here.