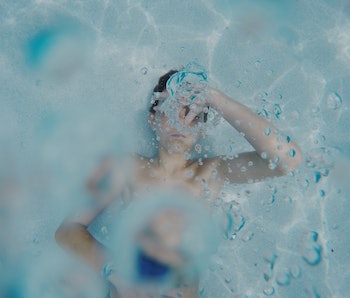 Each year, the US Centers for Disease Control and Prevention reminds us of the dangers of pooping in the pool. Aside from being generally very gross, doing so is also a really efficient way to introduce millions of highly chlorine-resistant, diarrhea-causing parasites into the water supply of the local public pool. The parasite in question is called cryptosporidium — “crypto” for short — and according to CDC data released in late June, outbreaks are on the rise.

Crypto is a leading cause of waterborne disease in the US. The parasite typically ends up in pools when someone — usually a small child — has a diarrhea accident in the pool. If someone else happens to accidentally swallow that freshly laced pool water, they can end up with their own case of explosive diarrhea (a condition known as cryptosporidiosis).

The new numbers from the CDC show that between 2009 and 2017, crypto outbreaks have increased by 13 percent annually. Fortunately, the report’s lead author, Dr. Radhika Gharpure, of the CDC’s Waterborne Disease Prevention Branch, tells Inverse that this increase ins’t necessarily a sign of more pool poopers.

“Improvements in testing patients for Crypto in recent years might be contributing to increased detection of outbreaks,” she tells Inverse.

Gharpure notes that in 2015, a new type of test was rolled out that allows labs to test for bacteria, viruses, and parasites (like crypto) that can cause diarrhea. But crypto is also being tracked more specifically through a system called CryptoNet, a national database intended to track all the different species of Cryptosporidium in the country.

If CryptoNet and improved testing methods are doing their jobs, it makes sense that more cases would be detected.

Despite advances in monitoring, Gharpure notes that cases are nonetheless rising — just a little bit.

“We also know the annual number of reported outbreaks was increasing before the widespread use of these tests, so a combination of factors might be contributing to the increase,” she says.

To prevent those outbreaks, Gharpure urges people to exercise some basic caution at a public pool, especially if there are little kids involved.

How to Keep an Eye Out for Crypto

Between 2009 and 2017, 56.7 percent of crypto cases were traced to recreational water exposure, specifically pools, kiddie or wading pools, and water playgrounds.

The crypto parasite, says Gharpure, is encased in a hard outer shell that is tolerant to chemicals usually used to disinfect water, like chlorine. It is also extremely hardy. Michelle Hvlasa, a researcher at the National Center for Emerging and Zoonotic Infectious Diseases, previously told Inverse that it can last in the pool for up to seven days — sometimes undetected.

There are a few things to keep in mind when it comes to preventing pool-borne Crypto cases, says Gharpure, but most of them are pretty simple: If kids have had diarrhea, don’t let them swim for at least two weeks after the episodes clear.

And, finally, try not to swallow the pool water.