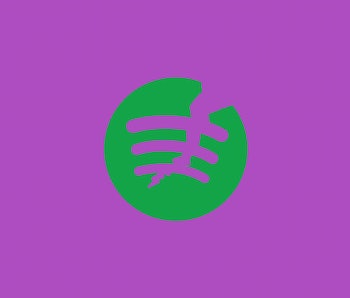 Spotify users are turning up the volume — on their complaints.

An update to the music streamer’s premium iOS and Android apps that was intended to “streamline” music and podcast browsing also removed two beloved features that has the service’s more vocal users sounding off.

On June 13, Spotify announced the update to its “Your Library” section, describing it this way: “Everything about the reimagined Library is designed to get you to the content you want faster.” Essentially, Spotify removed its alphabetical scroll bar and ditched the Recently Played tab, replacing them with “Playlists,” “Artists,” and “Albums.” If you wanted to listen to a song you listened to recently but don’t remember its name, it is now very hard to do that on Spotify.

Over the past week, the Spotify subreddit has been awash with complaints about the software update. “BRING BACK OLD SPOTIFY,” “New mobile update sucks!,” and “Are you absolutely serious?” are a handful of the top posts that have been voted up to the top of the forum by some of its 122,000 members.

The outrage ranged from commiseration to organization about how to send feedback via official company channels.

The company promised the update would make for a “seamless, personalized experience,” but droves of audiophiles on Reddit have begged to differ.

Spotify did not immediately respond to a request for comment about the update.

The ousting of the “Recently Played” was by far the most complained about change. This menu automatically compiled a list of the tunes subscribers have been bumping lately without them having to tap the “Save” button. If users didn’t save their recently played songs before they updated, they now have to manually search for them to get them back.

Multiple comments mentioned how the now-deleted menu was the reason they used Spotify, and one redditor even said he switched from Apple Music just because of Recently Played. But user u/Skippin101 perhaps puts it best:

The recently played tab is a huge downgrade. It’s now on the homepage, features far less artists/playlists, isn’t customizable (i.e. you can’t remove an artist or playlist from it or re-arrange it), can’t be used in offline mode, and, worst of all by a country mile, when you click on a recently played artist it takes you to their artist page instead of showing you which songs you’ve saved by that artist.”

The new update seems intended to nudge users to begin using the app’s Playlist feature, a tool that many users aren’t keen on.

Secondly, Spotify removed its alphabetical scrolling feature from every list on the app. Before the update, users could press their fingers on the scroll bars in the Songs, Artists, or Albums menus to quickly jump from letter to letter. That’s incredibly useful for a library with thousands of songs or hundreds of albums, but that’s gone now.

Users now have to manually scroll to the bottom of their Artist list if they want to play a song by ZZ Top. That effectively renders the Songs tab useless or, at the very least, extremely frustrating to use if users have extensive libraries of music.

The change has outright ruined the app for many redditors or made it exponentially more cumbersome to find the one thing Spotify was made for: music.

Sorry, Spotify, but the internet has spoken. This update ain’t it chief.