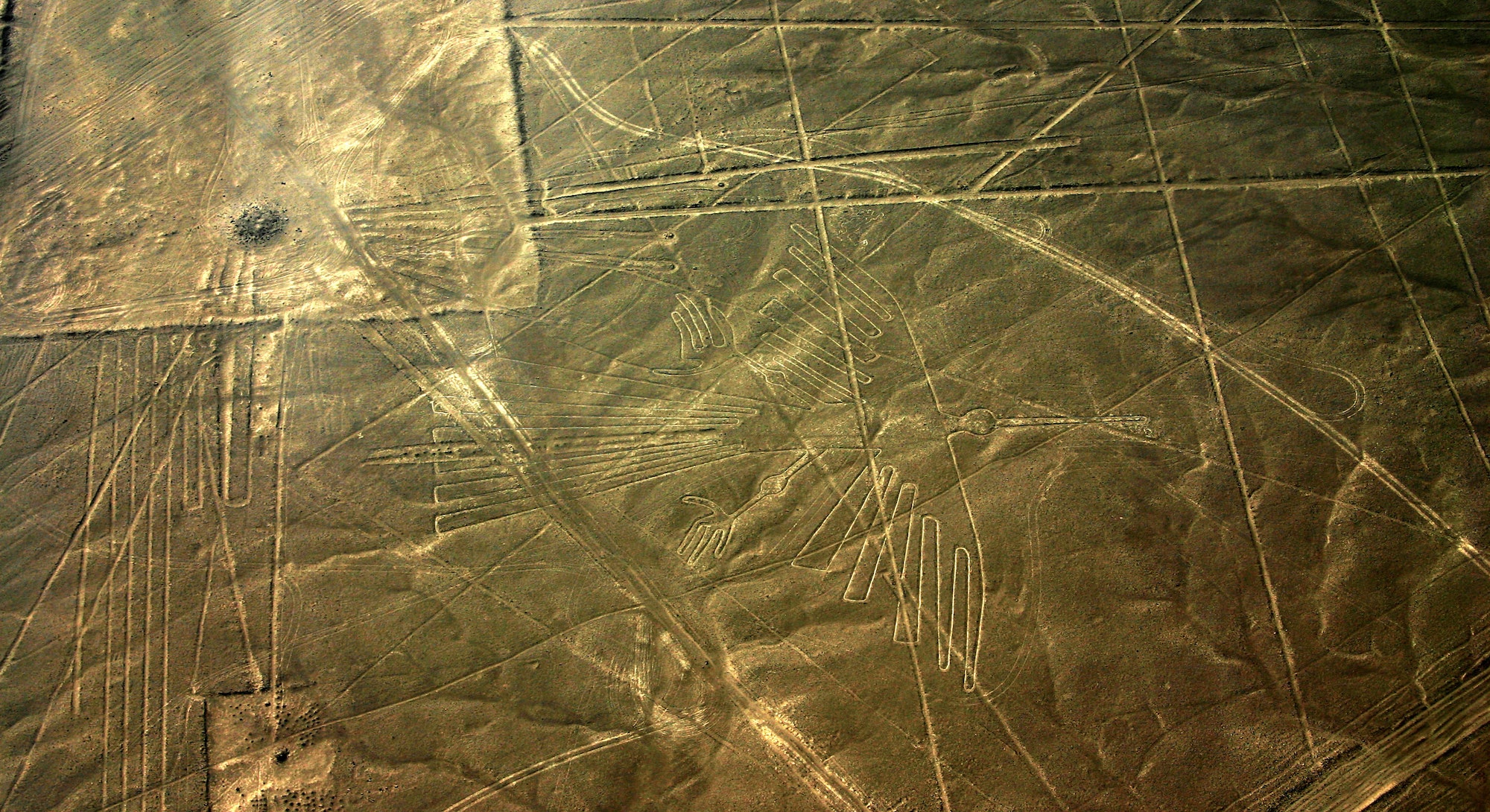 If you drove six hours south of Lima, got out of the car, and walked onto the arid, coastal plain the Pan-American Highway, you wouldn’t realize you’d stumbled onto the legendary Nazca Lines. The vast, ancient geoglyphs stretch across nearly 200 square miles, and to know they’re there, you’d need to look upon them from above. An aerial perspective reveals geometric shapes, humanoid figures, and animals — some of which have been misidentified until now.

These figures were etched out between 500 B.C. to 500 A.D. by an unknown pre-Incan people. It’s hypothesized that they may have had ritual astronomical functions, but nothing is certain.

Sixteen of the animal geoglyphs are massive, sprawling birds. In a study published Wednesday in the Journal of Archaeological Science: Reports, a team of Japanese researchers attempted to name their species. But they weren’t just trying to clarify the shapes etched on the dry land for ornithology’s sake. Understanding which birds the creators of the lines chose to feature brings us a step closer to understanding why the lines are there in the first place.

“Until now, the birds in these drawings have been identified based on general impressions or a few morphological traits present in each figure,” co-author Masaki Eda, Ph.D. explains.

This study led to the re-classification of “the hummingbird.”

Instead of looking at the “general impression” of the geoglyphs, Eda and her team carefully examined each figure’s observable, morphological traits — their gargantuan beaks, necks, wings, and tails. Then, they took those notes and compared them to more than 2,000 scientific drawings of Peruvian birds.

At the end of this process, they confidently classified three of the geoglyphs as a pelican, a guano bird, and a hermit.

Previously, the hermit was famously known as “the hummingbird.” Its new reclassification helps characterize it in further detail. Hermits are tropical and subtropical hummingbirds, and in Peru, two varieties roost: the Koepcke’s hermit and the Reddish hermit.

While some of the remaining geoglyphs do look like recognizable birds — one, for example, looks quite like a heron — their characteristics were too inconsistent with modern Peruvian birds for the scientists to feel confident classifying them.

The geoglyph known as “the pelican.”

A crucial realization was that the three birds identified in the geoglyphs are not naturally found near the actual locations of the lines. Hermits, for example, live on the eastern slope of the Andes and in the north near Ecuador. Meanwhile, swooping pelicans live on the coast.

"Our findings show that they drew exotic birds, not local birds, and this could be a clue as to why they drew them in the first place."

“The Naza people who drew the images could have seen pelicans while food-gathering on the coast,” Eda says. “Our findings show that they drew exotic birds, not local birds, and this could be a clue as to why they drew them in the first place.”

Scientists have tried to answer this question since the Nazca Lines were first systematically studied in 1926.

“It seems likely that most of the lines did not point at anything on the geographical or celestial horizon, but rather led to places where rituals were performed to obtain water and fertility of crops,” Reinhard wrote in his book, The Nasca Lines: A New Perspective on Their Origin and Meaning.

Were these Peruvian birds flocking to the site of these rituals? That remains to be determined, but now scientists are equipped with more accurate clues.

The lines and geoglyphs of Nasca are a series of drawings etched into the surface of the so-called Pampas of Southern Peru. Of these geoglyphs, there are 16 that depict birds. The bird geoglyphs mainly created during the Late Paracas and the Nasca Period (c. 2400 to 1300 years ago) and account for the largest number of geoglyphs in the Nasca pampas that depict plants and animals. Bird geoglyphs are identified using general impressions or a few notable morphological traits. However, little consideration has been given to whether bird geoglyphs contain traits similar to those of other taxa or if the traits depicted by each figure match the taxon to which they have been attributed. In this study, we identified the Nasca bird geoglyphs from an ornithological perspective. In doing so, we revealed several discrepancies between their geoglyphic characteristics and those of the taxonomic groups to which they were attributed by previous research. In addition, we determined that some of the geoglyphs depicted a number of specific birds, including hermit, pelicans, and what is most likely an immature parrot. Each of these birds is regionally exotic. For instance, hermits and parrots are found in tropical rain forests whereas pelicans live in coastal areas. The reason exotic birds were depicted in the geoglyphs instead of indigenous birds is closely related to the purpose of the etching process. Further studies involving bird figures depicted on pottery and sacrificed bird remains would be useful when attempting to identify the geoglyphic birds further.