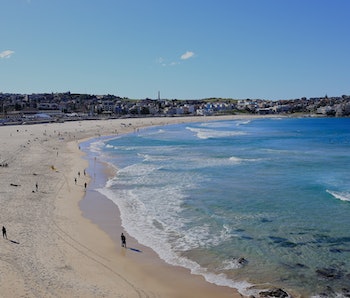 Australians love our iconic coastal lifestyle. So many of our settlements are spread along our huge coastline. Real estate prices soar where we can catch a view of the water.

But where there are crowded communities, there is sewage. And along the coast it brings a suite of problems associated with managing waste, keeping the marine environment healthy, and keeping recreational swimmers safe.

Sewage is not a sexy topic. People often have an “out of sight, out of mind” attitude. But where does sewage go, and is it treated and disposed of in the waters that we Australians love?

The bigger the coastal community, the bigger the volume of sewage. Disposal of human waste into the ocean might solve one problem, but we now realize that the “waste” is as precious as the ocean it pollutes.

Understanding the Problem From a National Perspective

Such problems play out continuously along our coastline. Each isolated community and catchment issue arises and is resolved, often in ignorance of and isolation from similar issues somewhere else.

At present, places where sewage impacts are generating community concern include Merimbula, Warrnambool, and, perhaps most bizarrely, Vaucluse and Diamond Bay in Sydney’s affluent eastern suburbs.

It’s hard to believe this location has raw and untreated sewage from 3,500 people discharged directly into the Tasman Sea. Sydney Water pledged in 2018 to fix this unsightly pollution by transferring the flow to the nearby Bondi sewage treatment plant.

Community group Clean Ocean Foundation has worked with the Marine Biodiversity Hub to start the process of viewing outfall pollution — where a drain or sewer empties into the sea — as part of a bigger picture. It’s the first step towards understanding from a national perspective.

Together they have produced the National Outfall Database to provide the first Australia-wide comparison.

The Best and Worst Offenders

Previously, the information available to the public was sketchy and often not easily accessed. The database shows how differently Australia manages coastal sewage with information on the outfalls.

Water authorities in the main do a great job with severe funding constraints. But they can be reticent to divulge information publicly.

One authority, suspicious of the research project, initially refused to give the location of the outfall, claiming it would be vandalized by enraged “surfies and fishermen.”

That’s about eight Olympic-sized swimming pools of effluent an hour. It is discharged to the Pacific Ocean 3.6 kilometers from the shoreline at a depth of 82 meters.

The cleanest outfall (after sustained advocacy over decades from the Clean Ocean Foundation) is Boags Rock, in southern Melbourne. It releases tertiary-treated sewage with Class A+ water. This means the quality is very suitable for reuse and has no fecal bacteria detected (Enterococci or E.coli).

Treated sewage is 99% water. The last 1% is what determines if the water will harm human and environmental health. Are we wasting a precious resource by disposing of it in the ocean?

As desalination plants are cranking up in Sydney and Melbourne to extract pure water from salty ocean, why shouldn’t we also recycle sewage?

Clean Ocean Foundation has released a report showing it would pay to treat sewage more thoroughly and reuse it. This report finds upgrading coastal sewage outfalls to a higher level of treatment will provide tens of billions of dollars in benefits.

Industry analysis suggests that, for a cost outlay of between A$7.3 billion and A$10 billion, sewage treatment upgrades can deliver between A$12 billion and A$28 billion in net benefits — that is, the financial benefits above and beyond what it cost to put new infrastructure in place.

Then there are non-economic benefits, such as improved ecological and human health, and improved recreational and tourism opportunities by use of suitable recycling processes.

What the Rest of Australia Can Learn From WA

In the context of the drought of southeast Australia, recycling water from ocean outfalls is an option that demands further debate.

Western Australia, on the other hand, leads the push to recycle wastewater as it continues to struggle with diminishing surface water from climate change.

In fact, in 2017 the Water Corporation announced massive investment in highly treated sewage being used to replenish groundwater supplies. Perth now sources 20% of its drinking water from groundwater, reducing its reliance on two desalination plants. A key factor was successful engagement with affected communities.

The discharge of poorly treated sewage to rivers, estuaries, and oceans is a matter of national environmental significance and the Commonwealth should take a coordinating role.

Our oceans do not respect state boundaries. The time is ripe for a deliberate national approach to recycling sewage and improved systems to manage outfalls.

More like this
Science
Jan. 21, 2023
Deep-sea mining could power a clean energy future — but there’s a cost
By The Conversation, Scott Shackelford, Christiana Ochoa, David Bosco and Kerry Krutilla
Science
Jan. 17, 2023
Worst-case scenario of Antarctic ice sheet collapse could still be avoided
By Robin Bea
Science
Jan. 23, 2023
Elephants could be key to saving the planet — here’s why
By Tara Yarlagadda
LEARN SOMETHING NEW EVERY DAY.
Related Tags
Share: